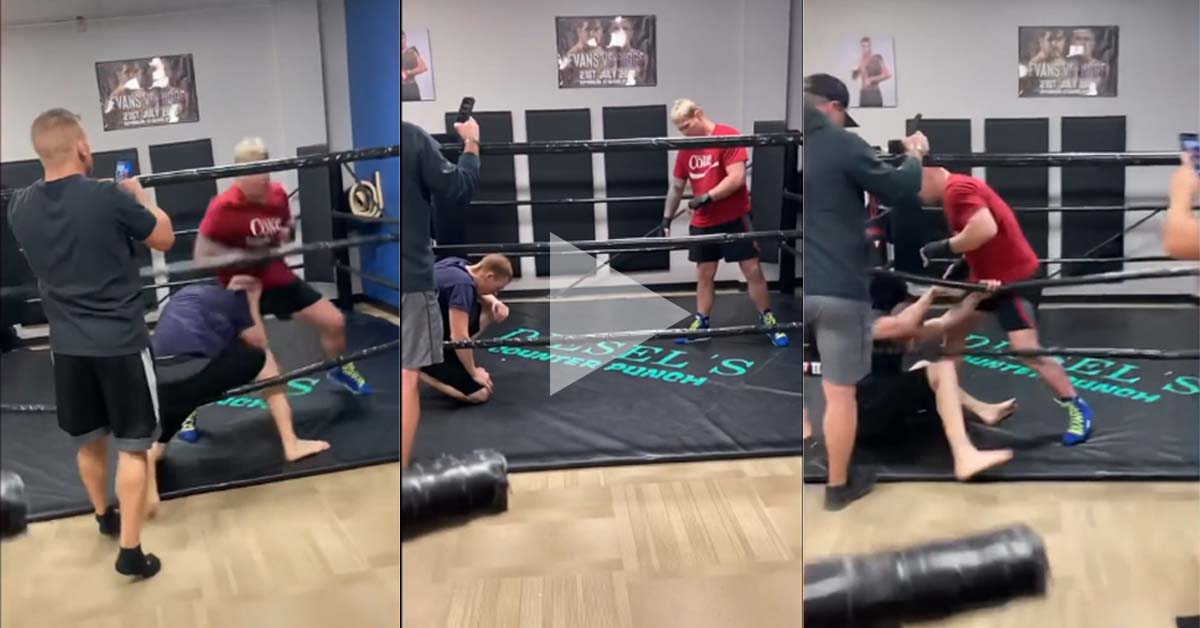 Issuing challenges to former UFC fighters tends to not end well – just ask Chael Sonnen. This is the lesson the self proclaimed ‘best bareknuckle boxer’ just had to learn the hard way. Earlier this month the young ace walked into the gym of former UFC fighter Joe Riggs and issued a challenge. According to Riggs, the individual had reportedly been trash talking for days on end. And it didn’t sit right with him  – after all Joe Riggs is currently under contract with Bare Knuckle Fighting Championship.

The massive claim provoked Riggs into letting the younger man prove himself. In order to test his skill a sparring session was proposed.

Riggs would go on to deliver 7 knock downs in 2 minutes. The first heavy blow came staggering 7 seconds into the sparring session.

Riggs shared about the outcome:
“When boys come to play with men,” Riggs wrote about the beatdown. “This guy came in day after day talking shit, saying he’s the best bareknuckle boxer in the world. We wanted to give him a taste of what he was asking for.”

Riggs has an MMA record consisting of 8 wins 1 loss and 1 no contest. Riggs has had much success in bare knuckle boxing having fought 6 times and lost only 1 of those fights. He last defeated Melvin Guillard in less than a minute back in October.