A new video of the Colby Covington/Jorge Masvidal Miami Beach incident’s aftermath is now made available to the public.

Just a few weeks after their clash at UFC 272, Masvidal was accused of attacking Covington in front of Papi’s Steak House in Miami. The assault left Covington with multiple injuries, including broken teeth.

Masvidal has entered a not-guilty plea to an aggravated battery charge and one count of criminal mischief. After the hearings and trial were postponed several times by joint continuances, he is expected to be back in court the following month.

A year after the incident, a new video is now made available through bodycam footage from responding police officers. The Real World Police YouTube channel has posted a video of Covington and others conversing with police.

Masvidal and a few other people arrived at the restaurant while Covington and the YouTubers The Nelk Boys were having dinner. In the video, Covington can be heard telling police that Masvidal hit him across the street as he was leaving the restaurant.

After arriving on the scene, police also talked with the restaurant’s management. The manager said that when Covington attempted to run from the attack, Masvidal tried to chase him down within the restaurant.

Covington may also be seen discussing the attacker’s looks and recognizing him as Masvidal on the video. He identified Masvidal by voice and said that Masvidal had been sporting a baseball cap, sweatshirt, and surgical mask.

Covington made attempts to prevent these videos from coming out.

Covington is using a victim protection law to prevent bodycam footage of himself talking to the Law enforcement officers after his attack from coming out.

Marsy’s law is meant to protect the rights of victims to pursue restitution and also to remain anonymous.

“Marsy’s Law allows for somebody who has been victimized, beginning at the time of his or her victimization, to prevent the disclosure of information that could lead to their identity being revealed or their being subject to other forms of harassment,” as per Florida Attorney Luke Newman (Newman does not represent anyone in this case). 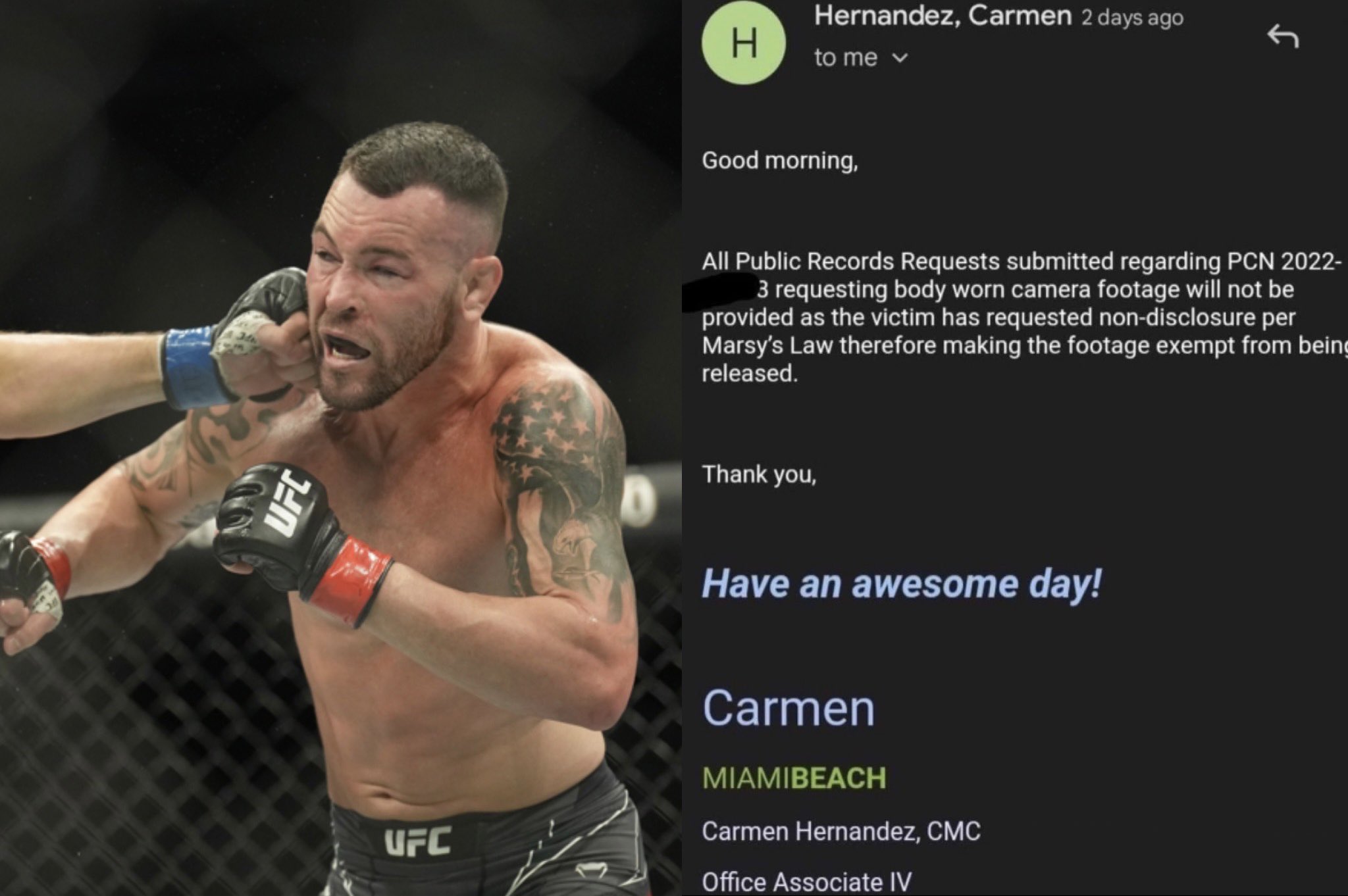