A UFC referee made a critical error during a bout at UFC Vegas 66 when he blocked an athlete who tried to move away. This mistake almost got the athlete knocked out.

UFC is taking a long break at the end of the year. The organization is done holding events in 2022 and will continue late in January of next year. The latest event was UFC Vegas 66 on December 17 with a middleweight match between Sean Strickland and Jared Cannonier as the headliner.

The card delivered an hour of solid entertainment. However, many fans missed one moment when referee Keith Peterson made a mistake that could’ve been fatal.

The accident happened during a featherweight bout between Manel Kape and David Dvorak. In the second round, Dvorak was cornered by Kape. He was trying to fight back by throwing some punches and kicks, but nothing came out of it. Realizing he was in a bad position, he moved away by circling Kape to his left.

Keith Peterson stopping Dvorak from circling out when he's hurt and thus getting him knocked down by Kape@JackSlackMMA Tognoni moment pic.twitter.com/07RMJJG1pB

At this moment, he bumped into referee Keith Peterson, which ruined his escape. While Dvorak tried to maintain his stance after bumping into Peterson, he received a big right hand from Kape.

That shot sent Dvorak to the ground while Kape followed up with a ground-and-pound. Dvorak almost lost via technical knockout thanks to the referee’s mistake. But, Dvorak wasn’t done with the action yet. He managed to get back up and continue exchanging blows with Kape until the third round.

HOW DID HE NOT TAP?! 🤯 #UFCVegas66 pic.twitter.com/34mTgHJgmD

In the end, Manel Kape won the match via unanimous decision. This loss surely hurts Dvorak especially after he managed to hold on and not tap when Kape almost broke his arm in the first round.

Kape has a professional record consisting of 18 wins and 6 losses. Meanwhile, Dvorak has suffered a back-to-back losses after dropping a decision against Matheus Nicolau back in March.

Dvorak posted a message after the loss on social media. 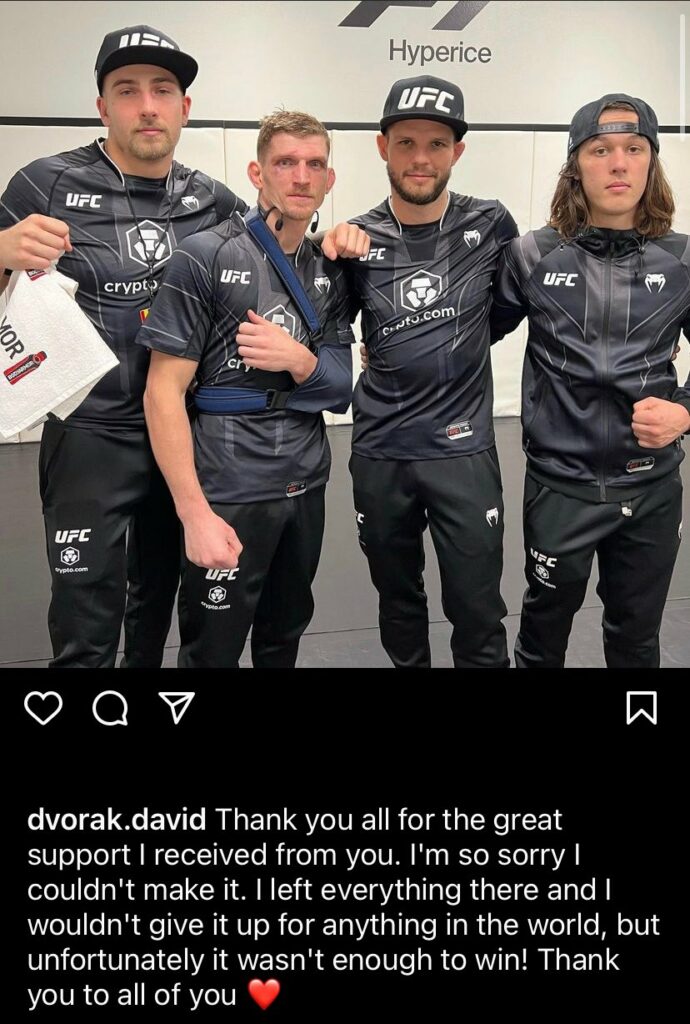