Paulo Costa and Khamzat Chimaev just had a lively well publicized clash at the UFC performance institute. Costa has been spending time in Las Vegas after his bout against Luke Rockhold in which he broke his hand.

Chimaev is prepping for UFC 279 clash against Nate Diaz and was accompanied by an entourage of shirtless men all too eager to stop him from a Costa altercation.

At the time of the incident Costa was accompanied by longtime Nate Diaz cornerman Jake Shields. Shields and Costa found a common language on twitter discussing medical issues and had since agreed to have a training session together. 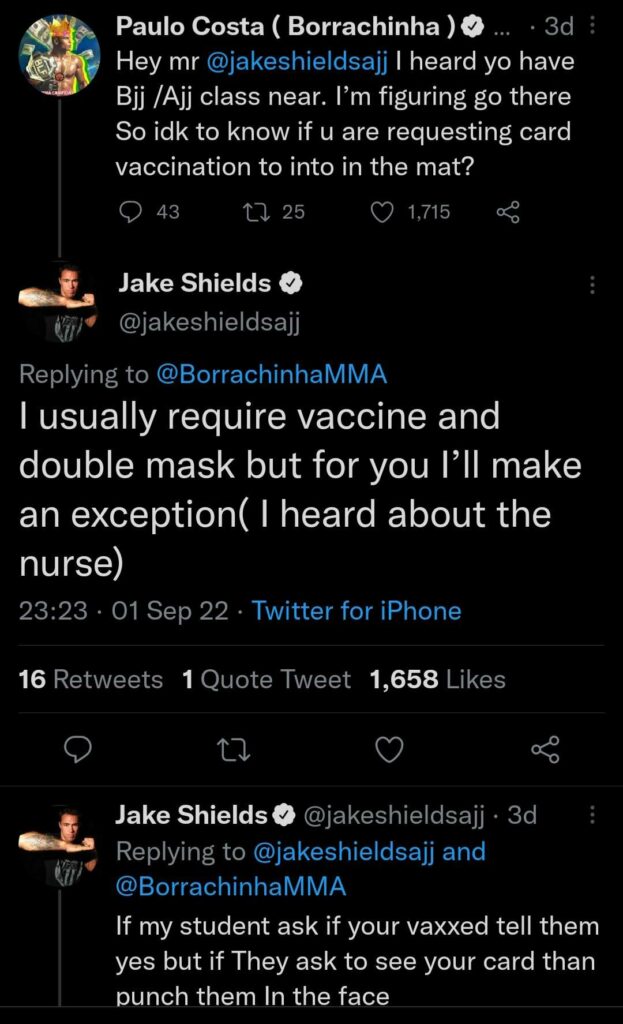 They’ve since discovered they agree on an array of issues. 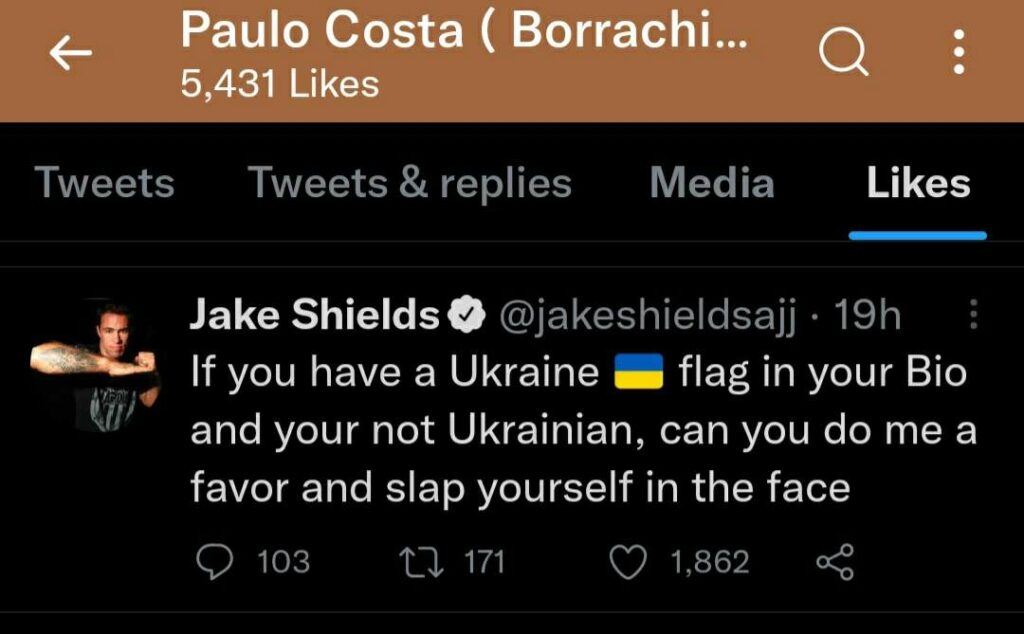 The Chimaev incident was reportedly instigated by Costa’s comments regarding Nate Diaz. Costa shared a video of himself picking Diaz to win over Chimaev to whom he lovingly refers to as Chen Chen (a play on Chechen).

Chimaev was not amused when his credentials were called into question and was reportedly observing Costa’s grappling training with Shields. Costa’s own account of the incident shows Chimaev was monitoring what they were doing for quite a bit before the situation escalated as seen in video below.

One notable moment from the actual conflict had Chimaev yelling to Borracinha ‘Israel f****ed you’ referring to Adesanya’s now infamous celebration after finishing Costa.

Shields backed up Costa in the altercation and explained to Schmo afterwards:

” I didn’t watch any of his training. I didn’t want to be disrespectful watch his work at once. So I walked the other side where you couldn’t see I was working with in Costa and that’s when I guess he had been watching us a while apparently and he comes over talking s*it.”

Costa gave an update on the altercation immediately saying:

“Hey, guess who I met this morning At UFC PI? Chen Chen. I was there training  with Jake Shields and Nikolas and the guy show up. He was training actually. And he was there – wait for us watching our training. And he called me to ask what I say about him.”

“I say man you want to fight me? He said no, I just want to know what to tell talk about me and say I want to fight you motherf**ker. Let’s fight. Let’s fight right now. And the guys jump in. And stood there between me and him”

True to Costa’s word, the video on his channel shows Chimaev waiting to instigate an altercation and watching their training.