Mexico-based promotion Ultimate Warrior Challenge Mexico (UWCM) recently held one of their major events UWC 39. The event was held Yesterday on September 10 in Tijuana, Mexico. The whole card can be live streamed via UFC Fight Pass, with the main event being a featherweight title match between Dorian Ramos and Luis Meraz.

The whole event went pretty exciting. However, one match caught MMA fans’ attention. A featherweight bout between Luis ‘Pride’ Escuredo and Hugo Rubio ended in a controversial manner. Escuredo delivered a head kick to Rubio who was grounded and knocked him out. Surprisingly, they announced Escuredo as the winner.

Luis Escuredo entered the cage with a bit of experience on his hands. The 25-year-old has been competing in professional MMA since last year and had a total score of 2-1 before facing Rubio. Meanwhile, Hugo Rubio only had one amateur bout before sharing the cage with Escuredo.

The match went exactly as fans expected with Escuredo dominating over Rubio. However, in the middle of the first round, an incident happened. Escuredo dropped Rubio with a combination of punches. While his opponent was on the ground trying to get up, Escuredo kicked him on the head. He tried to continue to ground and pound but the referee was quick to stop the match. 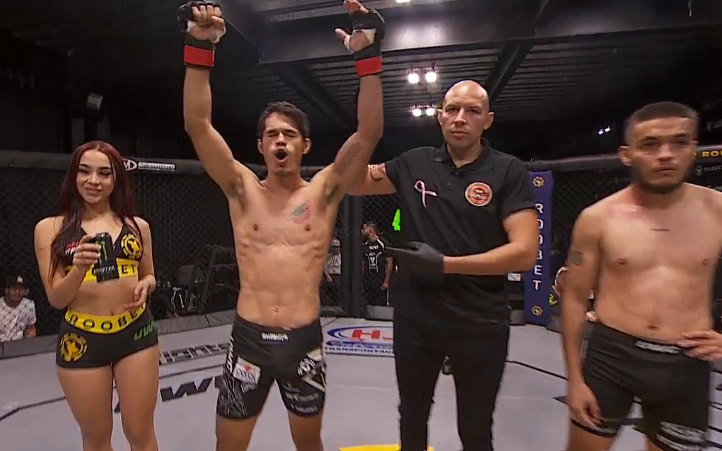 Fans were baffled when Escuredo’s hand was raised during the official announcement. He won the match via technical knockout. This result created a debate between MMA fans on social media. Some say it should be illegal and will be overturned later, while others believe it wasn’t a head kick, just a bad camera angle of a rib kick. However technology settled that one for them with this screengrab making the rounds. 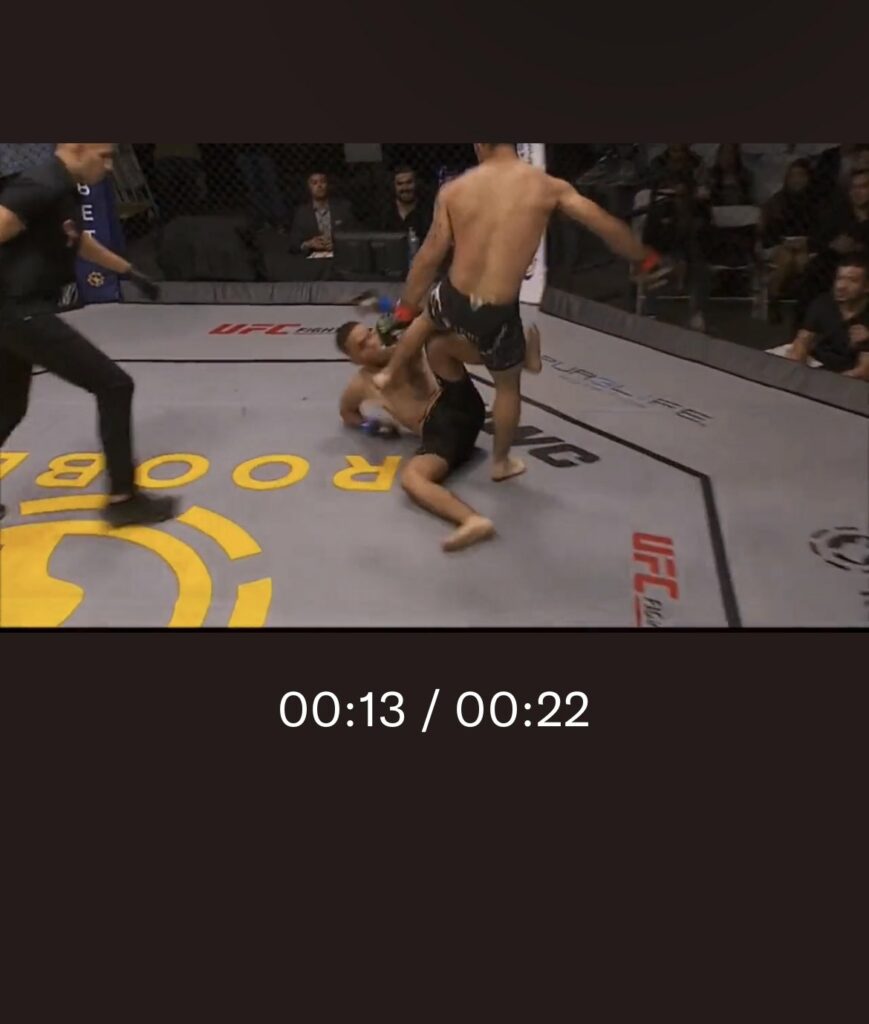