Raul Rosas Jr. received a lot of publicity as the youngest person ever signed by UFC this past summer. Rosas Jr. was introduced as a character in UFC 4 game before he ever made his debut.

An optimist would interpret this as a testament to Rosas’ skill level, but a realist might point out that UFC’s demo is aging and they’re lookin at all kinds of strategies to spruce it up including their Hasbulla partnership. 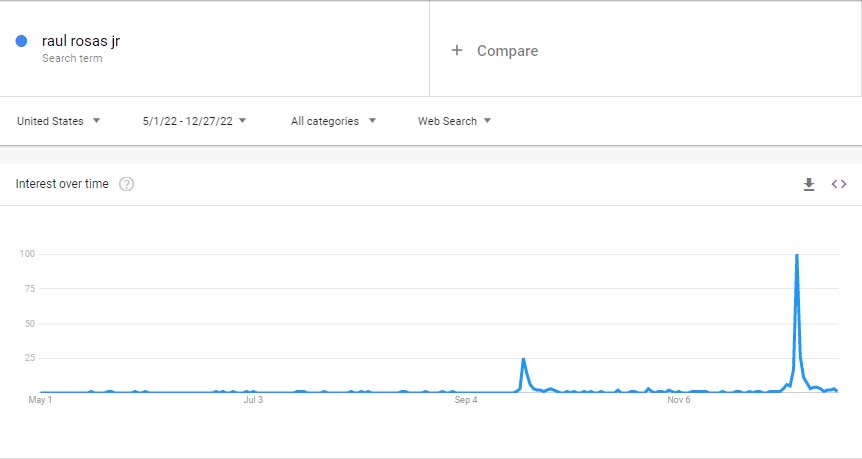 At UFC 282, Raul Rosas Jr. defeated Jay Perrin in a stunning first-round submission. This was Perrin’s third consecutive loss in the organization since he first joined. The 29-year-old struggled to control his emotions afterwards in the octagon.

He could be overheard speaking in a disheartened manner.

A recent video showed a defeated Perrin approaching his coach and declaring his retirement from UFC. He said:

MMA is a physically and mentally taxing sport. Also, participating at the top level of the sport undoubtedly has an impact on the athletes. It is unknown if Jay Perrin still plans to retire permanently or if he will make a quick return to the octagon.

Raul Rosas Jr. created history by being the UFC’s youngest ever to sign a contract. The Mexican-American lived up to the expectations with an outstanding performance in his debut.

Raul Rosas Jr. gained fame when he beat Mando Gutierrez by a unanimous decision in Dana White’s Contender Series 55 (DWCS). He then declared that he would be the UFC’s youngest champion.

Mexican was targeting a bonus in his first octagon performance, so that he could buy a van for his mother who chauffeurs him to training.