Combat sports are unpredictable and as such can be extremely taxing on the body. This is something UFC has felt especially hard this season with 4 main events falling apart due to a knee injury in the opening minutes.

But it’s not everyday we see a catastrophic repercussions of taking part in combat sports.

One horrific injury just occurred at a kickboxing event in Russia. Event was headlined by Vladimir Mineev under the FKR PRO 1 banner and featured his victory over Fernando Rodrigues Jr.

With 30 seconds on the clock, the two kickboxers exchanged knees. After the first knee landed it was time for Danil Kirikov to land his on Danil Sharov. 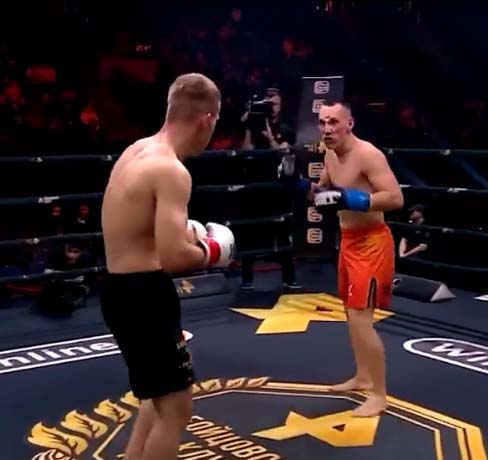 Kirikov spotted the indentation right away and was reluctant to reengage even though his cornermen pressed on. Sharov appeared to feel his forehead was odd and kept touching it – at which point ref realized that they might have a major incident on their hand and quickly halted action. 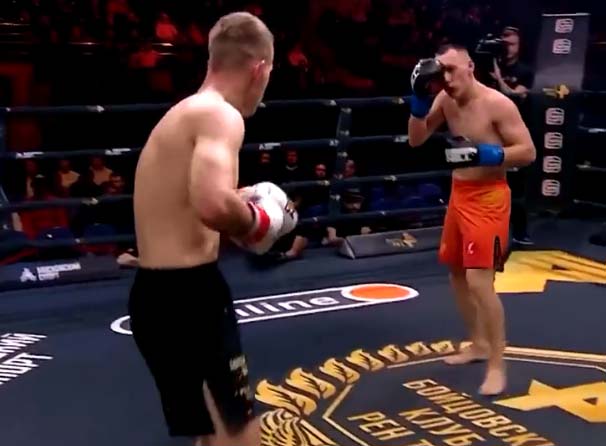 Medical personnel was called in to examine Sharov. The doctor touched his scull fracture and was reluctant to let the match go on. Sharov didn’t seem to realize the gravity of situation throughout this. 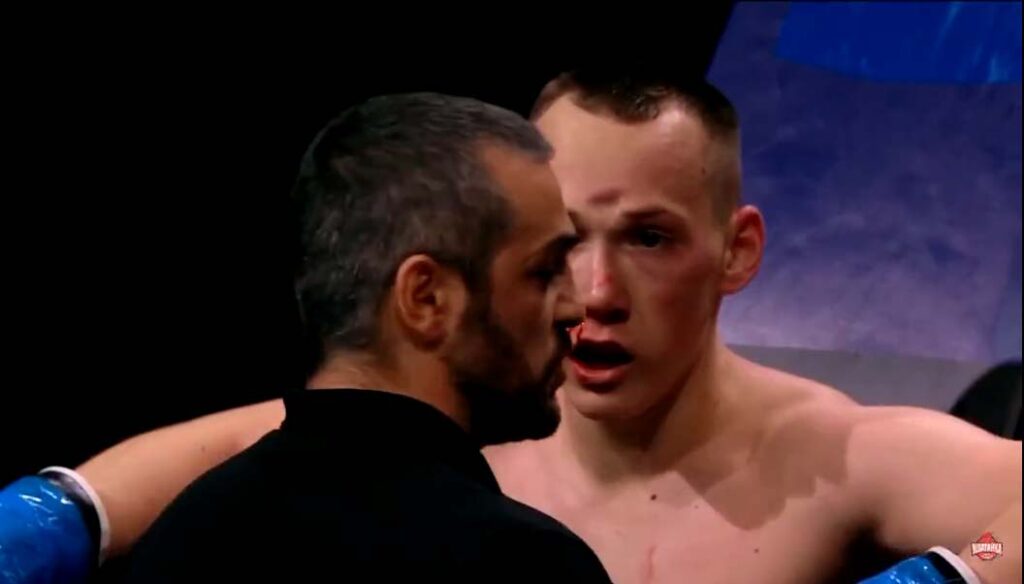 A knee to the head ended up with a kickboxer sporting a huge indentation in the center of his scull.

This is very similar to what transpired some years back between Evangelista Santos (aka former Mr. Cris Cyborg) and Michael Venom Page.

Page landed a life altering knee on the forehead of Santos who ended up finishing his career after with 32 wins and 18 losses spanning across a number of different promotions.

Considering Sharov is significantly younger than Santos it might not be a career ending injury.

This was Shaorv’s first official bout in kickboxing. Kirikov previously competed once in MMA – and lost at AMC FN 112 via rear naked choke.