Herb Dean is one of the most familiar faces of MMA refereeing. Dean has been in the business for close to 20 years. (He made his debut in 2004.)

Dean is 2–3 in professional MMA with one win coming via submission and the other via technical knockout.

He was active from 2001 until 2007. Dean is also somewhat internet famous for his late reactions. 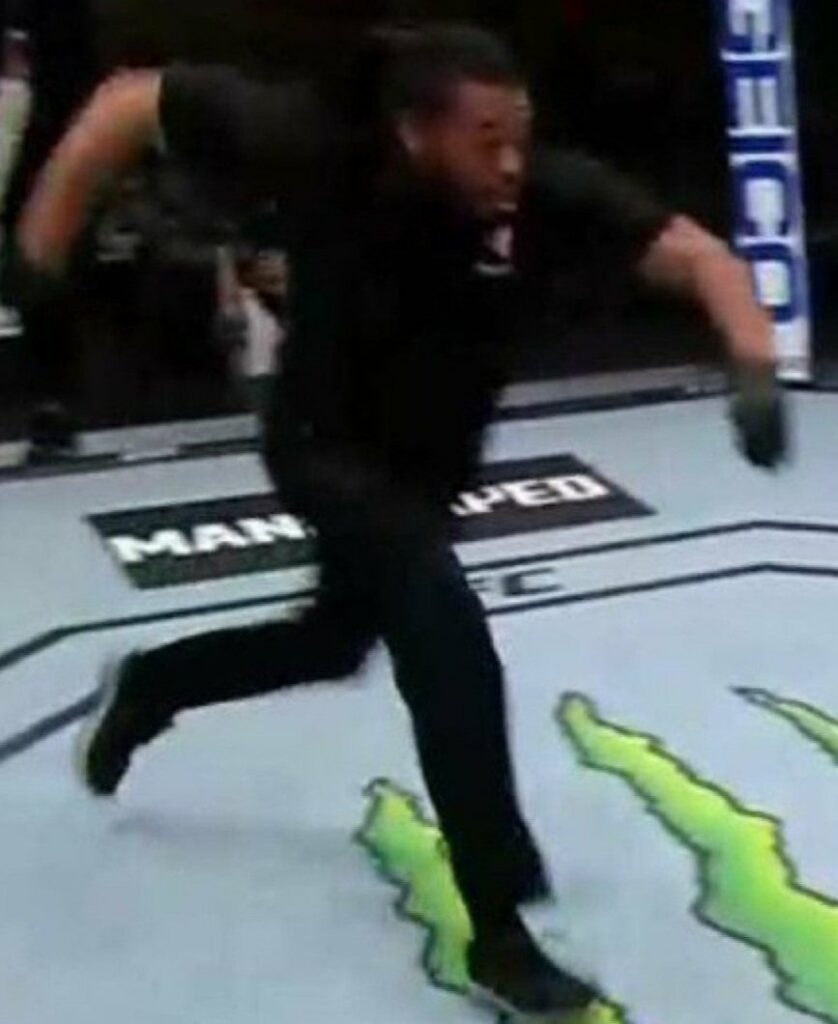 Dean is also often criticized for his late reactions and some peculiar choices. Notably, he let Brian Ortega keep competing against Volkanovski despite his inability to correctly identify how many fingers he was seeing.

However recently, Dean went viral for another reason. He was caught flirting during a stream of UFC Vegas 63 while an athlete was going through his check ahead of his bout.

This was a particularly hot topic considering the absolute lack of star power on UFC Vegas 63 – and that anticlimactic ending with Kattar shredding his ACL.

Some of the fans had funny takes attached to the clip including one who claimed “In his defense she might have been going for a fence grab right before the video started.”

There were also several reactions from the MMA community.

You a snitch bro

Prior to this clip Herb Dean was in hot water for failing to penalize Kamaru Usman’s repeated fence grabs – while he punished Leon Edwards for a single one.

“Well, so fence crabs are, are very difficult thing to deal with in sport because it’s a natural reaction. And people, you know, it’s gonna happen, but to deduct a point… So let’s take a look at what a point deduction means in the sport. What does it point deduction mean?”