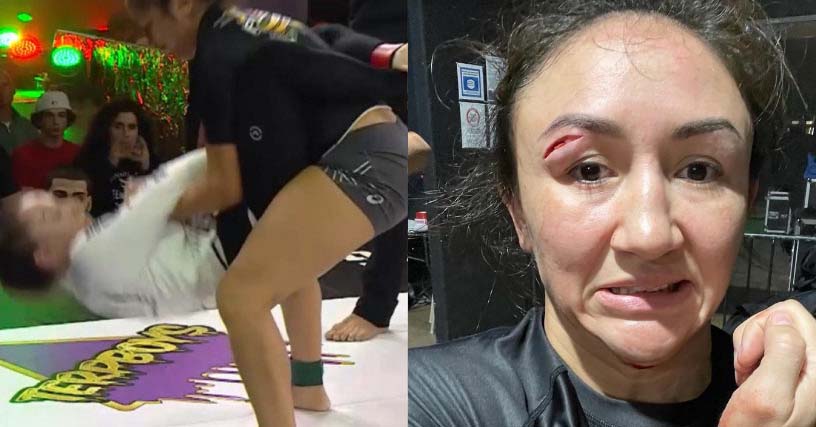 Dana White is not having a pleasant day. UFC is infamous for not allowing the athletes to compete in other sports for the duration of their contract – and cases like this one is just why.

A number of UFC fighters was featured on the Fury Grappling card that happened overnight in Philadelphia. The names featured were: Kevin Holland, Sean Brady, Donald Cerrone, Clay Guida and Carla Esparza.

Esparza was there filling in for current UFC champion Rose Namajunas who pulled out of the grappling match against Danielle Kelly. Ultimately Esparza earned a nasty cut on her forehead. The cut had happened as a result of the headbutt. The match was still interesting with Esparza picking up Kelly at one point and slamming her back first on the mat.

Esparza was displeased about the results – especially considering her scheduled title fight against Rose Namajunas. 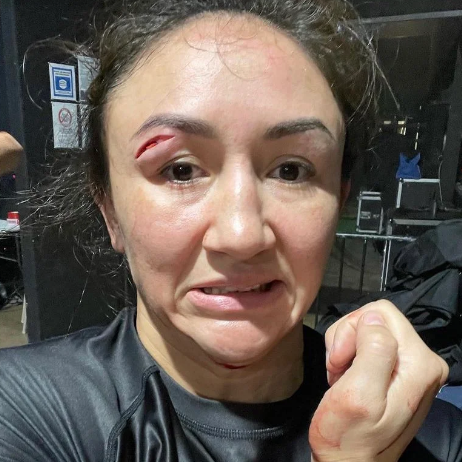 “I was told I had to leave in three days and I was like, ‘Why not?’” Esparza (18-6) said. “I hope Rose feels better, but I couldn’t turn this down. It’s what I love to do, it’s so exciting, and it’s a great opportunity, especially to be in the main event.”

“I did some research on her and she’s a beast,” Esparza said. “This reminds me a lot of earlier in my career when I’d take fights on short notice. I’ve been training for a while in anticipation of hopefully getting a title fight, so I feel like I’m definitely ready. I would have liked to train more jiu-jitsu specific against such a high-level jiu-jitsu opponent, but sometimes you just have to go with it and take the opportunity in front of you.”

Esparza last fought in May when she pummeled Yan Xiaonan with a second-round TKO. Dana White was initially reluctant to give Esparza the title shot however he changed his mind earlier this month. Esparza has one victory over Namajunas – all the way back from 2014 when the two fought on TUF 20 finale.

“Carla Esparza,” White told ESPN when asked who was next for Namajunas. “100 percent.”

No date has been scheduled or announced for the matchup.