Blowing one’s nose in an MMA bout can be disastrous as we’ve recently seen in the Warlley Alves vs Nicolas Dalby matchup at UFC 283.

An unbelievable slow-mo video has gone viral showing Alves blowing his nose into his glove in between rounds. It is a few seconds long and it shows how the Brazilian’s eye balloons up after he puffs his nose.

His nose is damaged and this is why the eye puffed up, probably causing him to lose some of his vision. He eventually lost the bout via split decision.

As explained by a Twitter user, air got into Alves’s orbital area.

“When you damage the bones around your eyes and nose, it’s possible for air to get into those facial cavities. When you blow your nose, you create pressure and the air escapes through the cracks in the bone, thus (dangerously) inflating your orbital area.“ tweeted the user.

Even Alves reacted to the video footage:

While it is quite difficult not to clear one’s nose during a mixed martial arts event, mouth-breathing is a better and safer option.

This isn’t the first time this has happened though. The last time such an incident occurred was when “Cowboy” Cerrone faced Tony Ferguson at UFC 238. 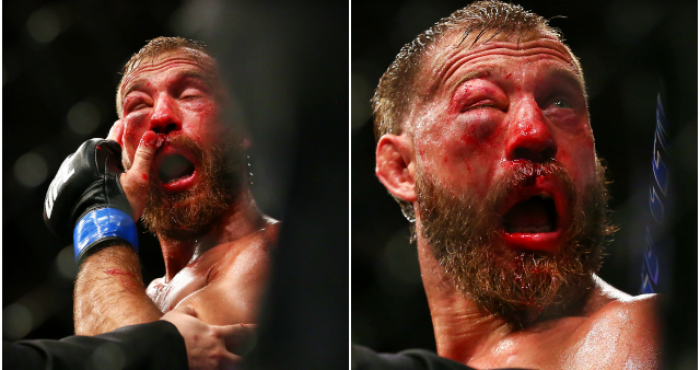 Cowboy’s face had been messed up by Ferguson and when he blew his nose, he lost vision in his right eye. The match had to be stopped and Ferguson got the TKO.

Another instance of this type of freak injury came when Eddie Alvarez faced off against Gilbert Melendez. The two squared off at UFC 188 and had a great matchup. 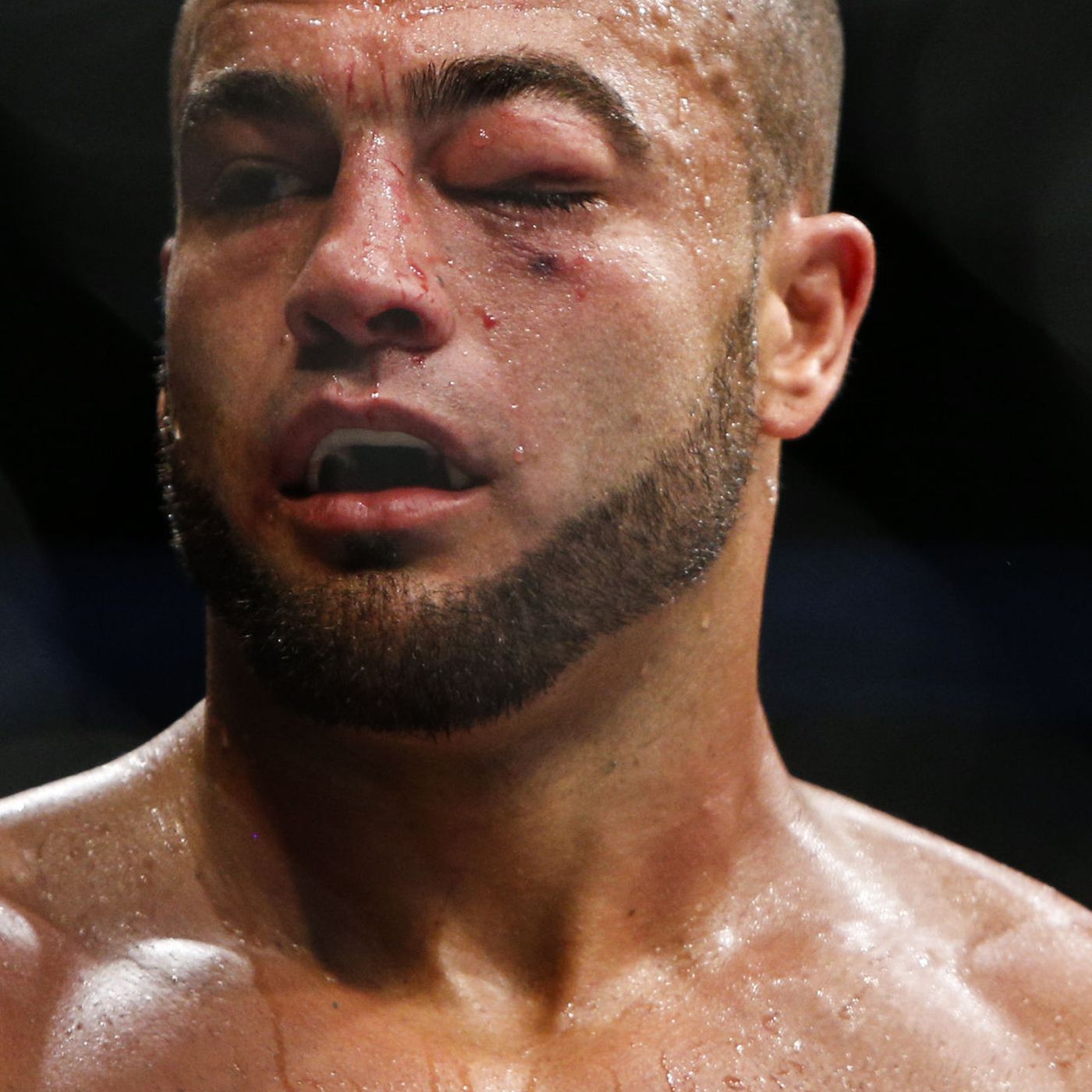 However, Alvarez injured his nose – deviated his septum after a punch from Melendez. After the round was over, he blew his nose and swelled his eye shut. He competed for two more rounds with just half his vision and still managed to win on points.