Ryan Hall return to competitive grappling has been hyped. Hall has long upheld certain values in jiu-jitsu and provided a credible opposition to New Wave jiu-jitsu. But Hall’s desire to get back in there and showcase his skill hit another snag.

Not sure who has my voodoo doll, but if they could stop stabbing it, I would really appreciate that…

Had just agreed to a fight on August 13th, but a bit of bad luck in training resulted in a complete tear of my ACL. Started the year really hoping to fight a bunch in 2022, as well as compete at ADCC, but with the recovery being what it is, that won’t be in the cards.

I’m very grateful to have the best group of friends and family I could ever hope for supporting me during this time. I know that, with their help, I’ll be able to work hard and grow through the experience.

Now that we’re on the other side of the procedure, can’t wait to get to work in rehab and be back better than ever in the early part of 2023.” 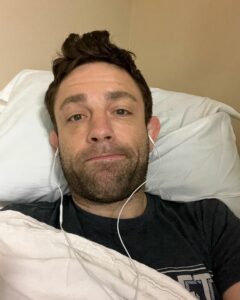 This effectively means he won’t be able to return to either the UFC or the competitive jiu jitsu scene in the next year.

Hall is 37 years old and has been competing in the UFC since 2015 when he made his debut against Artem Lobov. Hall has been a pro grappler prior to transitioning to MMA.

His participation in ADCC 2022 has been particularly pertinent due to the fact that he slammed Garry Tonon  following the coaching of ONE FC champion Thanh Lee who was successful defending his title against Tonon.

Tonon and Ryan went on to discredit Hall’s achievements afterwards and to make claims questioning his grappling. Regardless of how you feel about the ‘respect’ gate today, Hall revolutionized the world of jiu jitsu instructionals because he was offering concepts in a space where everyone was showing one off moves for the most part.