A Police officer stopped Rowe and asked him to show his license and registration. Rowe argued with the police officer and even demanded why he stopped his car in the first place.
Rowe had the camera in his hand, so he moved the camera downward during the argument.

A black belt was seen around his waist when he focused the camera on his waist. The people who watched the video became curious to know the authenticity of the video. Later, Rowe disclosed that the video was fake, that he did not have any argument with the police, and the officer shown in the video was his training partner.

Philip Rowe is competing in the welterweight division of UFC. He has an impressive MMA record of 9 wins and three losses. He also tried his luck in Grappling but lost all four bouts and returned to professional MMA full time. UFC signed him in 2019 when he defeated Leon Shahbazyan during Dana White’s contender series 25. Rowe last appeared in the UFC Octagon in February this year when he defeated Jason Witt via TKO.

Fans provided mixed reactions to the video. One fan thought that the video was a skit,

“Is this a skt? Lol the black belt thing confuses me.”

One other fan reacted that he thought the officer was US character Dwight Shrute.
“Dwight Shrute vibes with the “I’m a black belt.”

One fan jokingly said,
“Why didn’t he let him off once he showed the belt?” 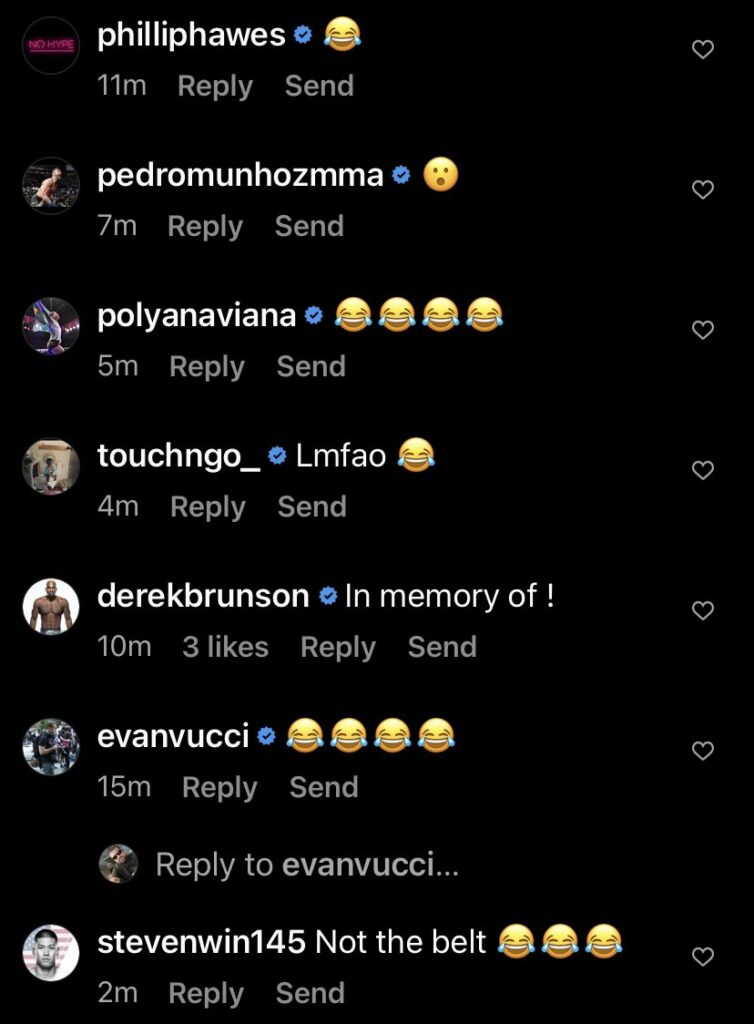 Another fan reacted funnily,
“I dont care what you are” god that just shows the level of power tripping this guy is doing. The first thing he thought was black belt? I got a gun.”

One fan even said that he will also make the same move in the future,
“I’m going to do this next time I get pulled over.”