Liver King’s PED hypocrisy is one of the hottest topics this week. Viral social media star preaches ancestral living and claims that you too can attain his physique if you eat raw animal organs and practice what he preaches – all while he’s taking between $12,000 and $15,000 worth of PEDs every month.

Liver King, born Brian Johnson, was exposed when PED expert Derek of more plates more dates fame published a series of emails Johnson had sent to another fitness coach, hoping to get his guidance on optimizing his stack.

There’s reason to believe emails leaked are credible considering MPMD was able to verify that he too received a similar email tied to a domain which Liver King uses to sell animal organ based supplements. 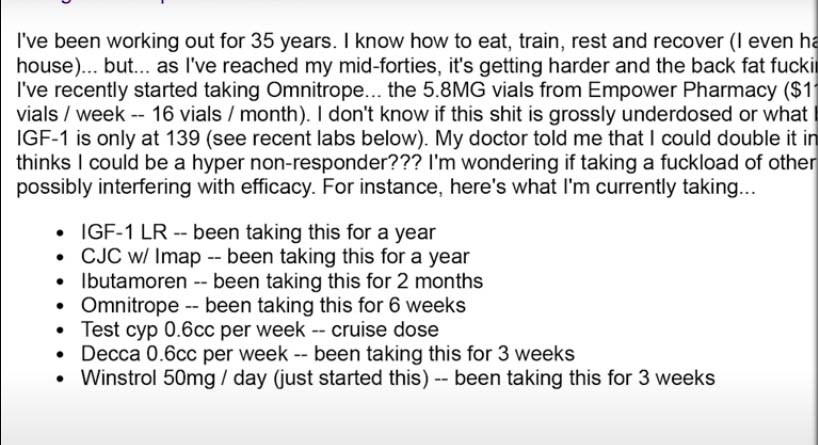 As per email, Liver king is taking peptides, human growth hormone and testosterone.

When he first became a viral star, he was confronted on suspicion of PED use by UFC commentator Joe Rogan along with former UFC Lightweight champion Eddie Alvarez.

Rogan has been completely resolute and claimed Johnson was on PEDs from the get go at one point crediting his own physical prowess to testosterone replacement therapy.

Eddie Alvarez penned a long note to Johnson on instagram:

“Hey brother, I love watching your stuff and (so) does my son. You seem incredibly health conscious” the DM starts and quickly inferring that Johnson is injecting himself with PEDs. 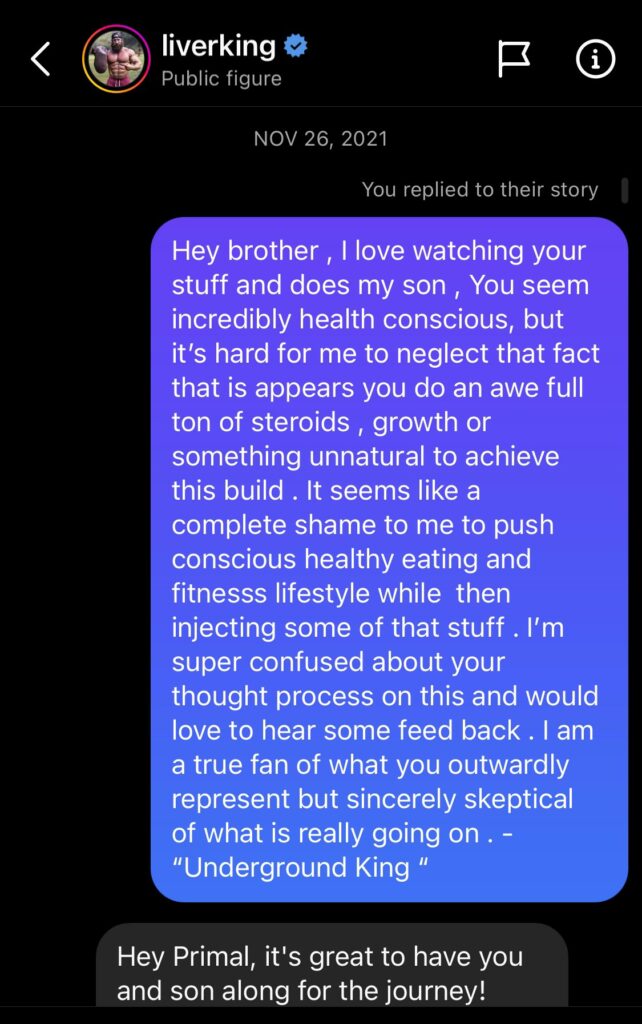 Johnson has repeatedly denied claims he’s on PEDs during a number of podcast appearances.

He’s also very mellow when confronted by criticism and maintains that any attention is good attention.

Which is why it’s not a surprise he replied to Alvarez – however what is a surprise is that he would blatantly lie to a person who spent the entirety of their career in combat sports, where the realities of PED abuse have a whole different connotation.

The funniest part of the reply is the fact that Liver King isn’t hiding the fact that he’s quite familiar with PEDs, going so far as to list some of the stuff he’s actually taking.

Johnson’s PED use is not really problematic – that is, it wouldn’t be if he wasn’t using his physique to sell his supplements. A big part of his pitch is that you too could insanely ripped only if you eat liver, gonads and sleep on a wooden plank (yes he really claims he does that).