Lerone Murphy, a British UFC fighter, is currently recovering in the  hospital. He was in a terrible traffic accident on Tuesday that could’ve been fatal.

The 30-year-old from Manchester has revealed details of the incident.

“Ffs I can’t catch a break. Another near death experience.” Murphy captioned a photo of himself in the hospital with a heavy bandage wrapped over his head.

“Yesterday while cycling, a oncoming car turned right without looking and we collided at speed.“

“Which caused a nasty head wound. The ambulance took 45 minutes to arrive which nearly caused me to bleed out. I’m here still breathing for a greater purpose clearly.” 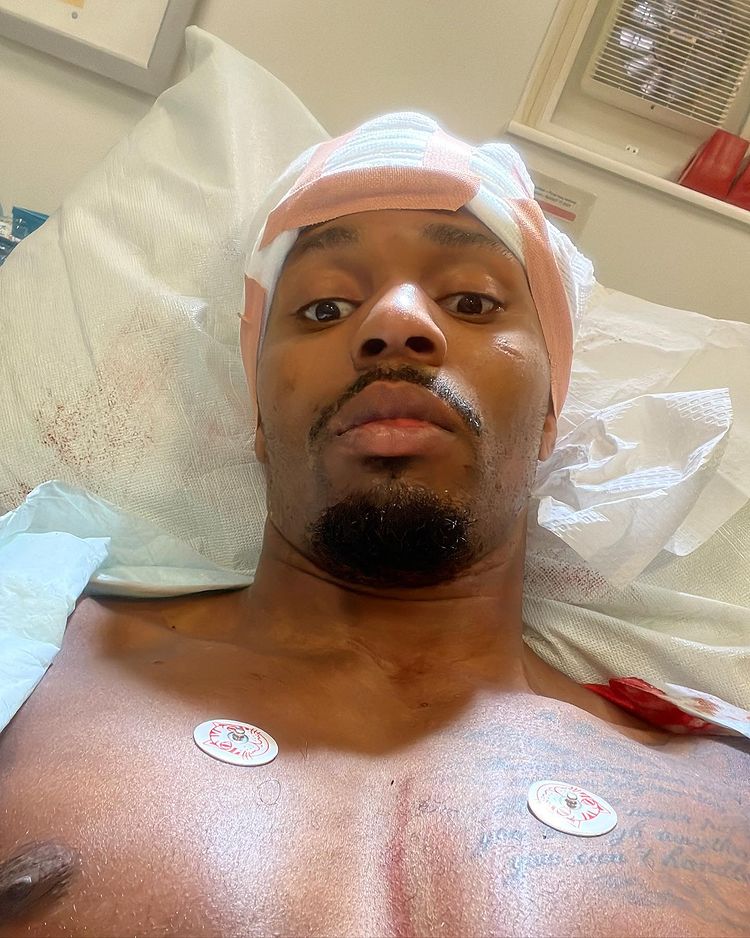 The incident  comes nine years after Murphy miraculously survived a stray bullet outside of a barbershop.

Murphy was just 21 at the time. The perpetrator shot three bullets into the teenager’s face and neck, bystanders heard cries of “please don’t.”

Murphy needed just a new set of prosthetic teeth. A a small fragment is permanently lodged in his tongue. He spent one week in critical care and another week in the hospital.

“When it happened it kind of knocked me out for a second then I’ve woken up and thought ‘wow I’m still here’”.

“Of course I do still think about it, I have visions of it and stuff – it was a traumatic experience.”

“’The Miracle’ name comes from the doctors wondering how did I survive, how wasn’t I killed from that?” he says.

Murphy started his career as a football player when he was a youngster. However, he switched to combat sports and quickly rose to the premier MMA organization – UFC.

Murphy has won all 12 of his professional bouts. However, he hasn’t competed since October of last year.