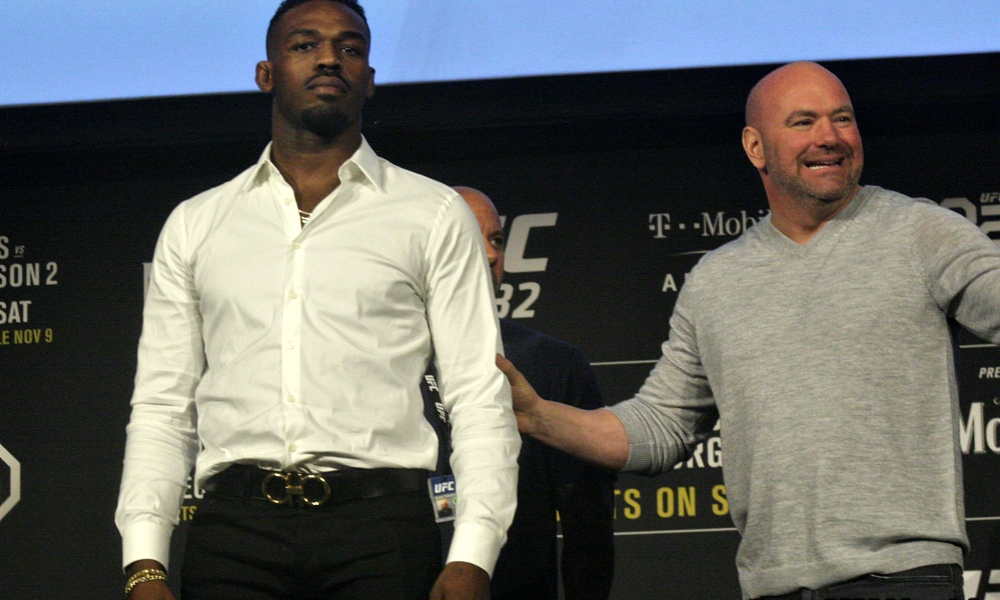 UFC brand has existed through the inception of mixed martial arts as a sport. And they often featured problematic personalities – it seems as though the biggest concern was always how much of a draw a fighter is, as opposed to morals and ethical values.

But it wasn’t always the pillar of the free speech. Back in 2011 the UFC brass handed out a one way ticket out of the promotion to Miguel Torres after the following tweet:

“If a r*pe van was called a surprise van more women wouldn’t mind going for rides in them,” SI.com quoted Torres as saying.

Back then White told ESPN:

“There’s no explanation for that,” White told SI.com. “There’s absolutely nothing I could say to make any sense of that. And the fact that he even thinks that’s funny or that’s a joke, it disturbs me. It bothers me.

“Again, you’re dealing with a guy (who’s) a smart guy, that owns his own business, that’s been one of the top fighters in the world forever. And I cut him today. He’s no longer with the UFC.”

The sacking was short lived – later that same month Torres was reinstated after heartily apologizing:

“I’ve dedicated my whole life since I was 13 to be in the UFC and be a UFC champion,” Torres said. “When I got cut, it showed me what I say on social media is very powerful. I took a lot of heat for what I said and I realized words are very powerful.

“What I said hurt a lot of people and I had to man up to that.”

But Jon Jones – perhaps one of the biggest names out of the active UFC roster won’t be facing any consequences. According to reports, UFC is likely to wait for the legal system to exact their punishment on Jones and to “conduct their own investigation”. And considering his fiance doesn’t even know where her face got bloodied all should be well right?

This isn’t the first time UFC is dealing with something of this sort either. In 2019 title contender Tony Ferguson had his wife file a restraining order following repeated police visits to their home. At the time MMA Junkie obtained 5 separate police reports detailing problematic behavior from Ferguson. Now while Ferguson was clearly dealing with mental health issues his case isn’t too out there compared to Jones’ latest incident. Similar to Jones, in one instance his wife was awoken once in the middle of the night by Tony and accused of being a witch.

And yet nothing really happened. Tony would go on to sort his issues and ultimately fight both Justin Gatheje and Charles Oliveira in the last year. *This isn’t to say Ferguson should be punished it’s simply stating that UFC isn’t really interested in policing domestic abuse by the fighters.

UFC also stuck by Nick Diaz through some very strange accusations of strangulation by a fan. Their MO at the time was very similar – they conducted their own independent investigation and waited to see what would happen criminally.

One other instance is Mike Perry, the authentic Florida man. Perry was accused of abusing his former spouse Danielle Nickerson. Perry was quick to shrug off the accusations and since no criminal charges were raised we’re not even sure UFC ever addressed the incident.

All this is to say that Jon Jones is unlikely to face any consequences – in the eyes of UFC his biggest infraction was still probably trying to get a decent payday out of Francis Ngannou fight. And that says a lot of the promotion. While it’s interesting that that’s how the UFC treats its contractors –  it’s hardly unexpected.

But the Hollywood ownership of the promotion might ultimately force all this to change. While Endeavor is now eager to cash the lucrative UFC checks, it’s also likely to apply a Hollywood solution were a Chris Benoit type situation to transpire. All along with a lengthy PR approved statement on how nobody could’ve predicted these incidents. Morality clauses can’t be too far behind…