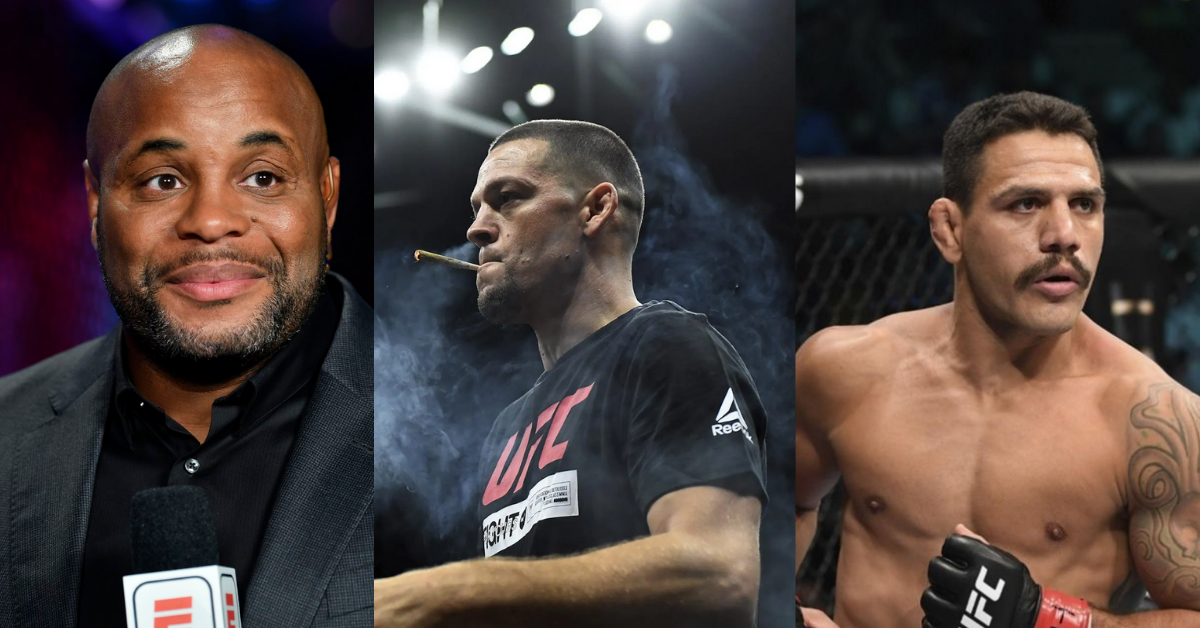 Following an endless debate about who is the best boxer in MMA, Daniel ‘DC’ Cormier made a list of top 5 boxers in MMA. The former UFC light heavyweight champion revealed his list on the show with Ryan Clark ‘DC & RC’.

From number five to number one, the list consists of Junior Dos Santos, Conor McGregor, Petr Yan, Max Holloway, and James Toney. A lot of people disagree with the list made by Cormier, including the fan-favorite MMA fighter Nate Diaz and the former UFC lightweight champion Rafael dos Anjos.

This is mostly because DC placed James Toney on the number one spot. Toney is indeed a great boxer but his only fight in MMA within the UFC is considered a freak show by a lot of fans and even the UFC president Dana White himself.

Commenting on EPSPN MMA’s official Instagram account, Rafael dos Anjos sarcastically said that he is surprised he didn’t put Khabib Nurmagomedov and Islam Makhachev on the list. Both Khabib and Islam are well-known professional grapplers – and both are Cormier’s AKA teammates to whom he frequently shows bias. 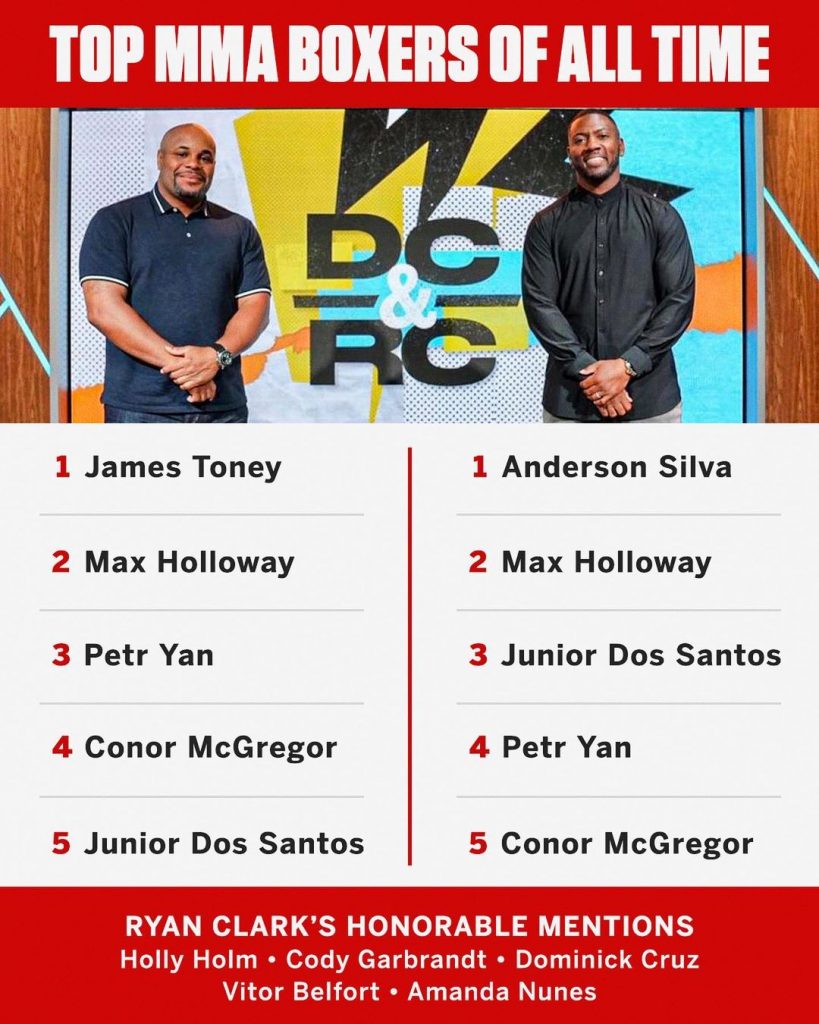 On the other hand, Nate Diaz blatantly roasted DC for his awful list. Diaz said DC doesn’t know a thing about boxing and he is super offended by the list. 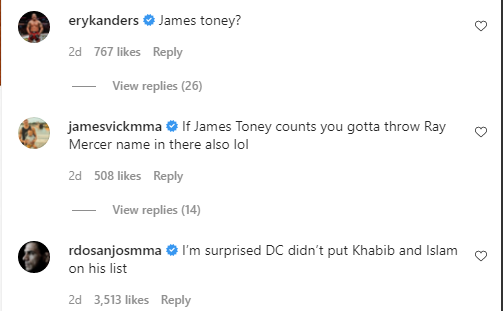 This is not the first time DC made a list of top 5 fighters. The UFC veteran also made a list of ‘Top 5 GOAT’ back in 2020. On that list, he named Amanda Nunes, himself, Demetrious Johnson, Georges St-Pierre, and on number one Khabib Nurmagomedov. DC himself is considered an MMA legend with a professional score consisting of 22 wins and 3 losses and retired in 2020.