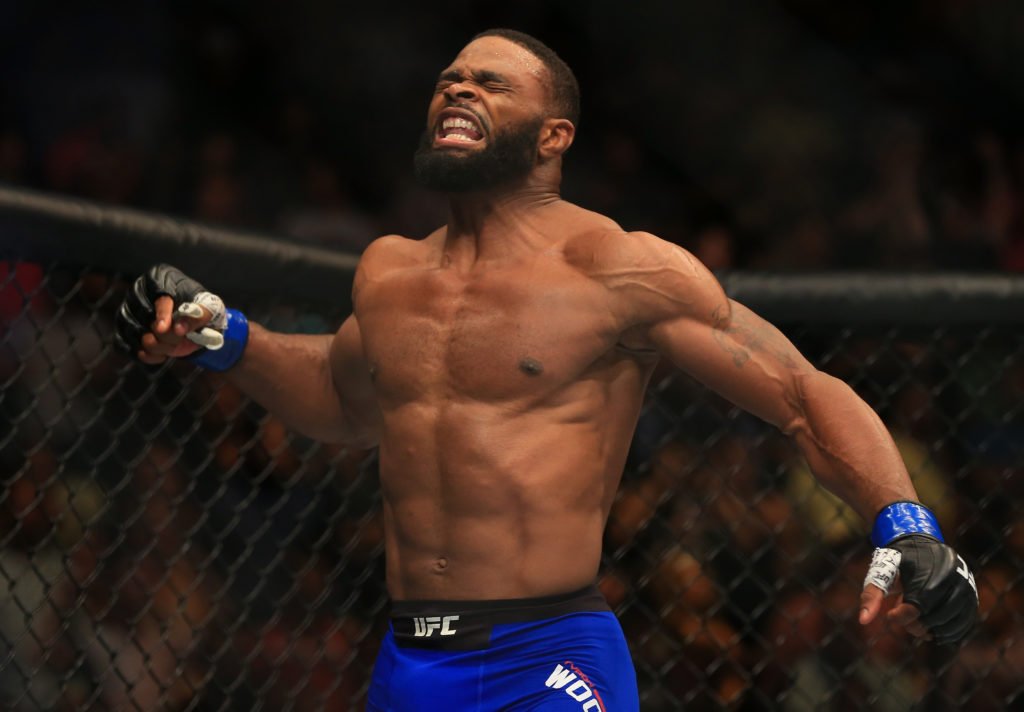 Former UFC welterweight champion Tyron Woodley knows all to well what it’s like to fall out of grace with the promotion. While there are other promotions arguments can be made that UFC is a monopoly – considering they control the 90% of MMA market share.

While promoting his boxing bout Woodley expressed concern for the fighters and the importance of controlling your own career.

“Sometimes we fall in love with the promotion and the promoter and the people that are putting on the show too much and we forget who we are. We forget how important the fighters – without fighters, it’s no f*cking show.”

“When I was at the top, nobody was really f*ckin’ with the way I was moving because I didn’t budge, I didn’t kiss pinky rings, and I did what I thought (was right) and I did what I believed,” Woodley explained. “Do I feel like I’m gonna kumbaya with my opps, the people that was talking sh*t about me, the people that was trained by a promotion to sit on a press conference and bash me? No, it’s not going to happen.”

“There’s no unity. You got to have a unity for a union. So, once that fighters recognize that, yeah. I can want to fight you. Did I want to fight Nick and Nate Diaz, and Bisping, and GSP, and Carlos Condit and Robbie Lawler? Absolutely, yes. But it’s because I respected them. I was really a fan of them. I really thought they were the best and I wanted to prove myself I was the best.”

UFC is infamous for its union busting. The most notable attempt to organize into a union happened around late 2016, early 2017 and was spearheaded by former two division champion Georges St-Pierre. In addition to GSP, the Union was endorsed by Cowboy Cerrone, Leslie Smith and several other fighters.

UFC was eager to nip that one in the bud – and the repercussions of that operation are noticeable even today. It’s rumored that the only reason why UFC is letting Sam Alvey keep on fighting for the promotion in spite of being on a 6 fight losing spree is because he attacked the credibility of one of notable members at the time. 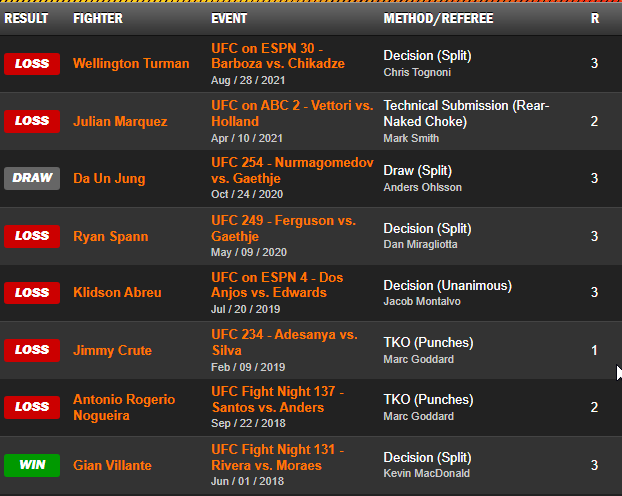 “I’m strongly against the unions,” Alvey said in 2016. “I’ve said it before. The unions want to pay everybody the same amount, and I don’t support that. Conor McGregor earned his multi-millions by the way he runs his mouth and the way he wins. As much as I’m not a fan of his, I’m with that.

“With a union, he wouldn’t be worth that. He wouldn’t get half of what he’s asking. Now for some of the guys that don’t stand out like him, I think a union could do well. But I think that they are taking something from someone that has earned it.”

In addition to supporting union busting from Alvey – UFC has also offered employment to Daniel Cormier – who was once voted one of the most trusted fighters among fighters. This has lead Cormier to express a variety of nonsensical attitudes over the years including: 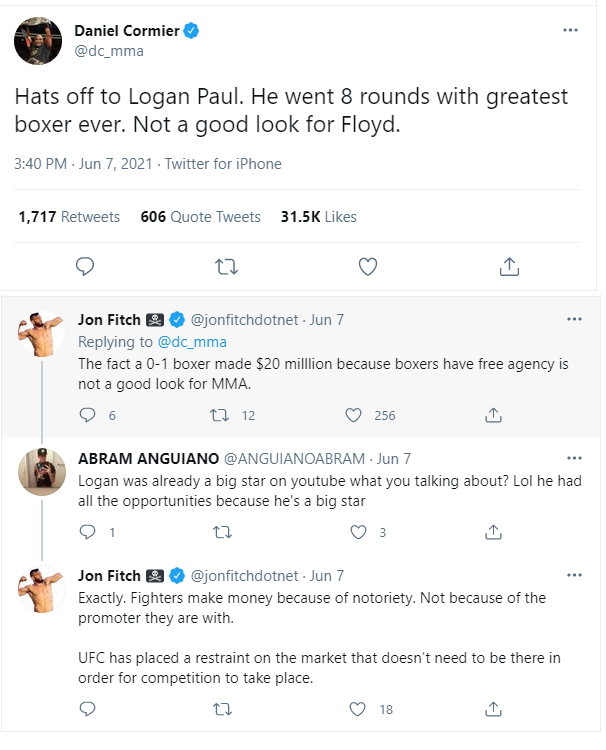 DC says after he lost to Jon Jones, Lorenzo and Dana gave him $1M. #DCandHelwani pic.twitter.com/PKXEfPlwzZ

Says he received an additional $400K to put him at $1M for the fight.

“When UFC moved UFC 232 from NV to CA on four days notice, they refused to compensate me for paid appearances I could no longer attend in Vegas. At UFC 240 they refused to buy my flights to the fights because I did camp in South Africa. I was the PPV co-main event. @dc_mma you’re paid to shill.”

So Woodley might have a good point. After all he’s looking at a 2nd biggest check of his fighting career at age 39. Woodley is estimated to have earned estimated 4.5 million dollars for total 26 MMA fights.

In comparison he reportedly made 2 million for his boxing debut against a novice boxer in controversial youtube personality Jake Paul.