Tracy Cortez was booked to face Amanda Ribas in what was branded battle of the hotties at the UFC on ESPN event on December 4th. Despite Ribas and Cortez making weight, Cortez was suddenly removed from her bout with Ribas.

She did not withdraw. Cortez was initially cagey about the cause for the withdrawal with many suspecting an unexpected pregnancy. Cortez is engaged to UFC’s Brian Ortega (and may have just married him considering she changed all her professional profiles to Tracy Ortega).

“First & foremost I want to thank every single one of you that sent me sweet, heartfelt messages,” Cortez wrote. “Honestly, means the world to me. It’s so easy to be negative & think the worst in a situation like mine this weekend & I’m just grateful to have fans that are so supporting! So, thank you!

“With that being said, I, myself did NOT pull out of my fight this past weekend. I was pulled by the (Florida) state commission & doctors. I did talk to my opponent & I wanna thank Amanda for being so understanding & respectful of the situation. I worked extremely hard for this fight & was in disbelief myself when (doctors) told me I wasn’t cleared. This is a private matter & will update you all when the time is right. I ask to (please) respect my privacy & to those who support, my day 1’s, know that I’ll be back.”

Her case wasn’t helped by the fact that she was spotted at the event and even took a snap with Amanda Ribas. 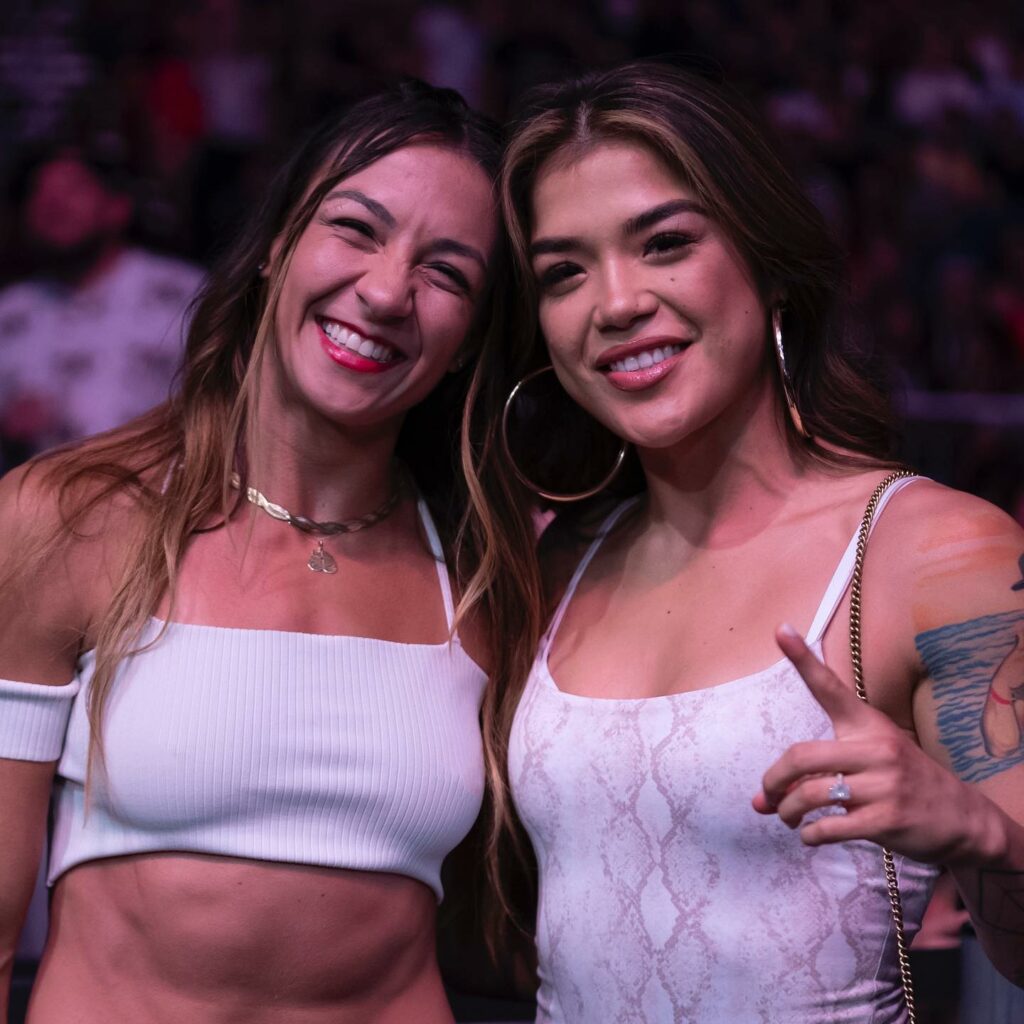 Ribas harbored no ill will about the cancellation and shared her support on social media.

Cortez is now ready to share more about the ‘withdrawal’ and had posted a series of long videos on her socials detailing what she’s going through.

“So I don’t even know how to start this video. I want to be very vulnerable. But I also I mean, to a certain extent, because social media knows how to tear people down and I don’t know if you guys have noticed much, but I haven’t really been too active here on social. And that’s because I am in a stage, a season in my life where I am healing, I’m healing, and I’m like, I’ve been going through it on a personal level way.”

“I’ve been I went through my camp despite of how my mental state was, I still gave it 110%. I showed up and it was hard. Everyone around me in my circle saw and me, you know, getting pulled out the way that I did. That hurt me. It broke me because.”

“Because we give everything. We leave it all when we. So I just want to thank everyone for just for those that showed support because there’s a lot of motherf**ers that were just rude and tearing me down. And granted, it’s part of the game, you know, I know what I signed up for. But to those that supported me and have been so kind to me and forgiving, just haven’t left me in the process of not fighting and whatever.”

“Like, I want to thank you and I love you guys and I’m going to continue to heal. And that’s how you guys were human. And we’re human despite the numbers of followers we have where humans, we feel we go through s*it too, you know? And yeah, I’ve been healing and accountability is a hard pill to swallow. And a lot of people aren’t able to take accountability of their actions.”

“I went through my camp extremely depressed. I went through my camp. We give everything that we possibly can and we leave it all, every ounce of us and every session. I feel like training camp takes a toll on me, and I think every fighter can can just so a certain level really spiritual. Spiritually, physically, obviously. Mentally, it takes a toll on us and I give it all.”

“I give it all I had. And now fighting has kind of left me a little lost. But I’m okay. I’m keeping myself healthy. I’m making my mental state, you know, my state of mind, my mental health. I’m making it a priority.”

Despite this emotional video it’s unclear what kind of a issue would lead to withdrawal from the card. Antidepressants are not on the UFC USADA Prohibited list as far as we can tell from the official PDF they provide.

Cortez lost her mother in August of this year.