The British star was seeking to improve his ranking in the division against the higher-ranked Curtis Blaydes on the main event of the card. However, Aspinall hit the canvas 15 seconds into the first round after landing several leg kicks.

Despite the anti-climactic ending, Blaydes was announced as the winner by TKO.

And now, the Manchester native has announced that he will undergo surgery to fix his knee.

“Hello, everybody. Just a quick update on the knee situation, because everyone is asking about the diagnosis and what happened to the knee,” Aspinall said on Instagram

. “Anybody that has knee problems knows that in order to have an MRI scan, an accurate MRI scan, I need to let the swelling go down.”

“So I spoke to the surgeon, and we have a rough idea of what it is, but we’re currently waiting for the swelling to go down, and I will be having the MRI scan this weekend and having surgery early next week in London. So, just want to say thank you to everyone who’s reached out. I’ve been offline. I’ve been out in the dumps since Saturday night, but hopefully I can get that fixed and get surgery early next week.”

Aspinall wasn’t happy about the outcome but he was still willing to laugh at himself. He had shared a popular meme parodying himself via cartoon Family Guy. 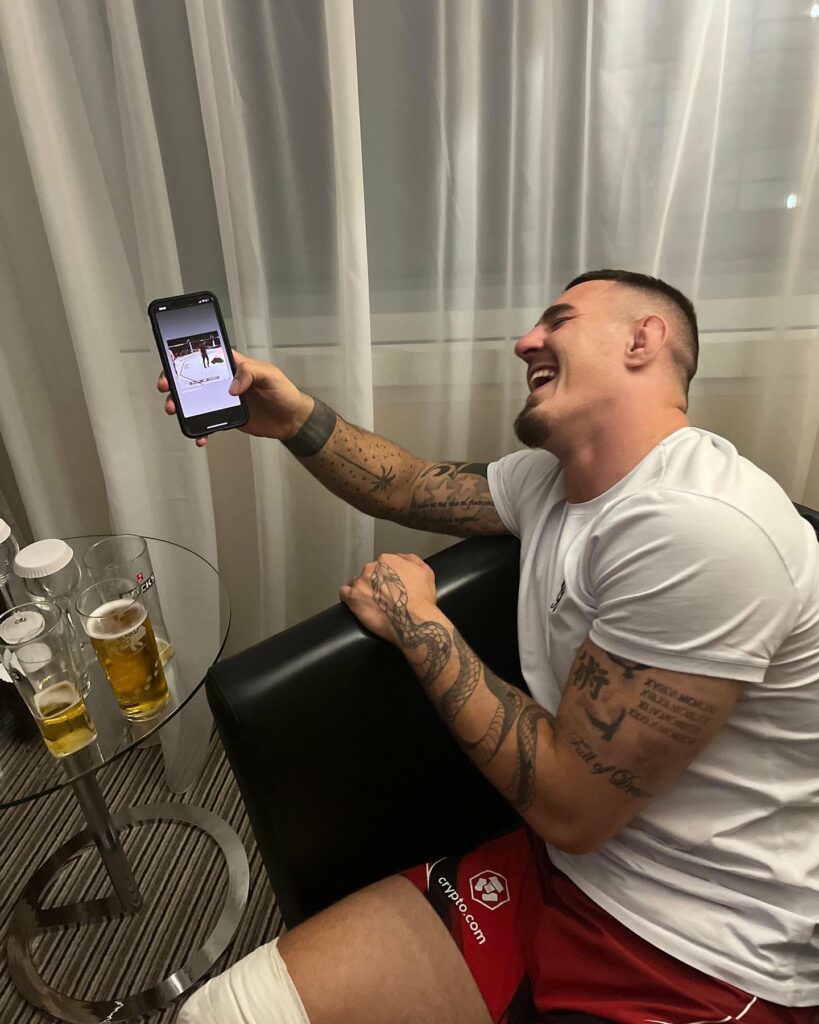 Since then Aspinall had released a video confirming the extensive damage his leg suffered in the incident. 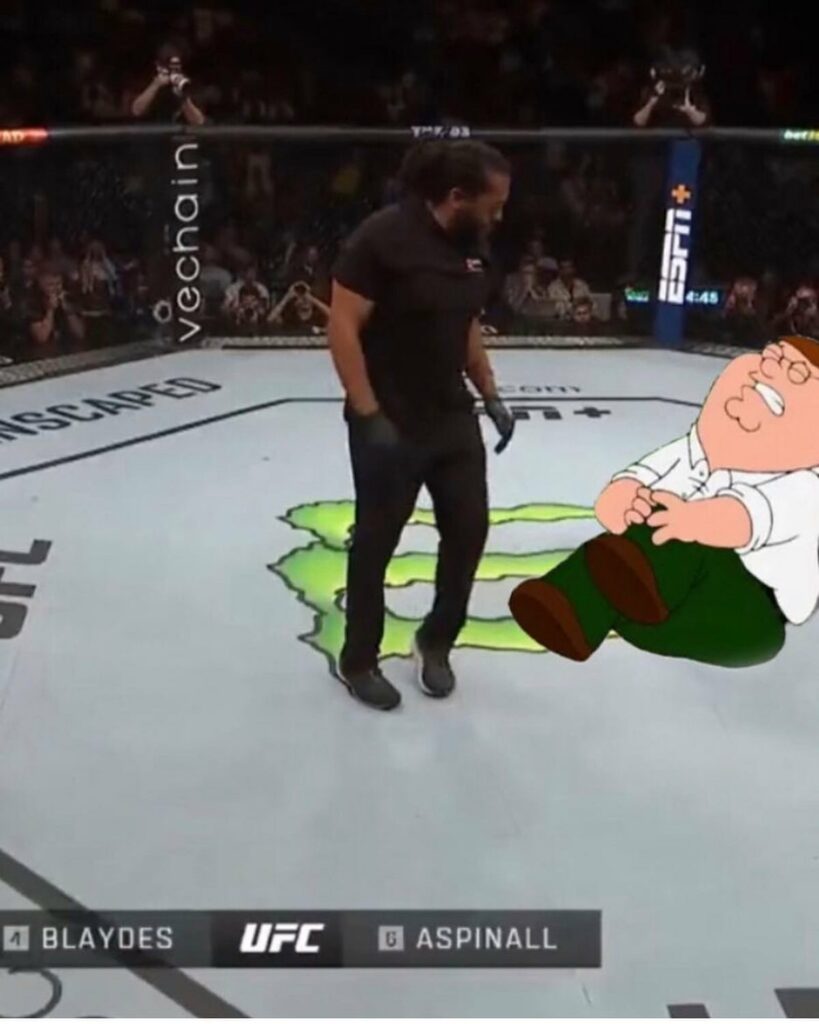 “Absolutely starving because can’t eat before surgery… on Yeah, I have suffered a torn MCL a torn meniscus and some ACL damage. Gonna get that fixed today but just a quick message just to say thank you for all the support really appreciate it about so much love since the accident and I’ll see everybody on the site PEACE OUT”

And despite the anticlimactic ending of the bout, Blaydes has stated that he is not interested in rematching Aspinall, claiming that he won’t risk his ranking.

The incident marked Aspinall’s first loss in the UFC since his debut in the promotion in October 2020. It also snapped the eight-fight winning streak that he had since his Cage Warriors days.

During his winning streak in the UFC, Aspinall only spent a total of 14 minutes 54 seconds in the octagon. And within those minutes, he beat the likes of former title challenger Alexander Volkov and former heavyweight champion Andrei Arlovski.