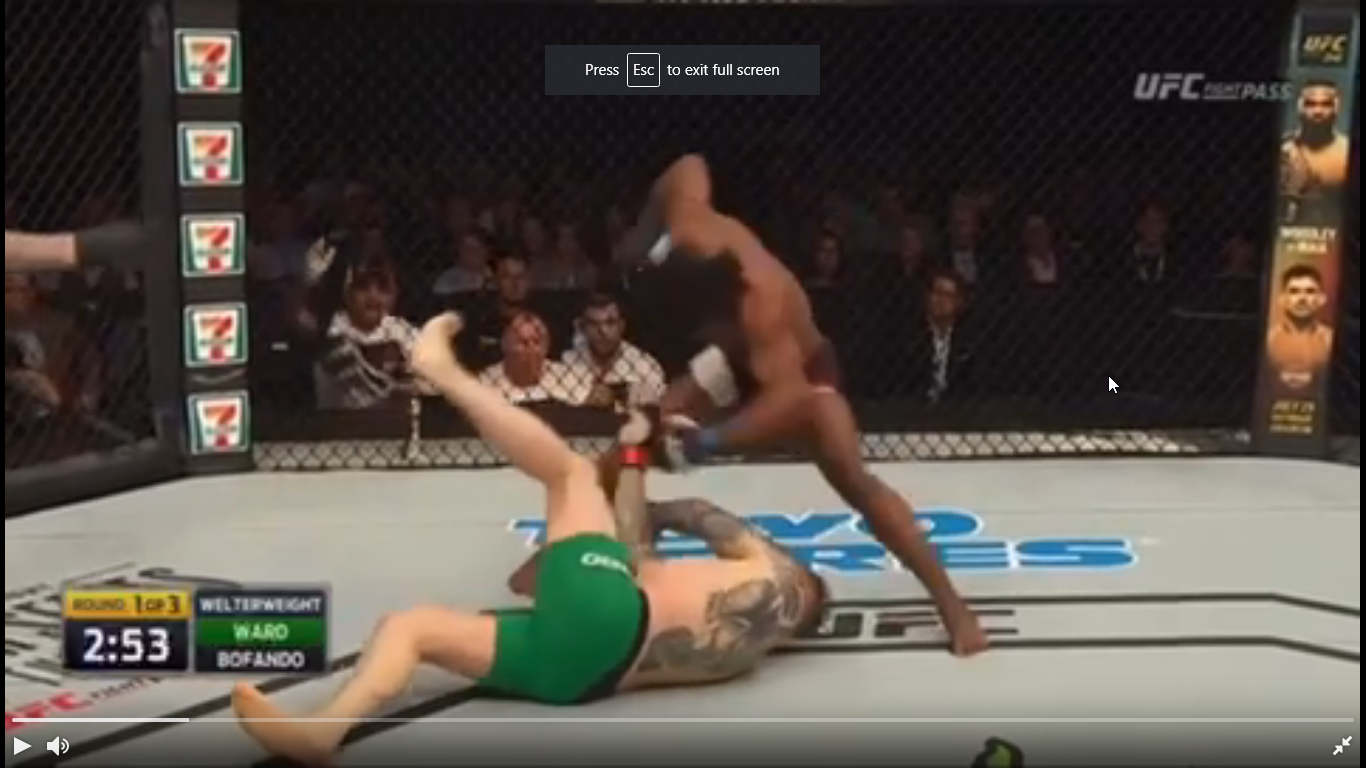 UFC has now existed close to twenty years. During the long and storied history plenty of weird knock outs and submissions happened – but none so strange as the one we’re talking about today.

Back at UFC fightnight 113 – Galore Bofando was exchanging with Charlie Ward. The two would clinch up against a fence. Ward would then attempt a throw on Bofando but he would end up shaken off and subsequently faceplant into the floor.

Bofando seemed promising but would end up losing his very next bout in the octagon. From there he went straight to Bellator where he’s 1-0 having fought in 2019. His MMA record currently stands at 6 wins and 3 losses.

Charlie Ward went straight to Bellator from the strange KO. His career recovered – he’s 6-1 at Bellator with a 9-4 MMA record.

When we talk about unique finishes in the world of MMA we can’t skip out on mentioning this epic flying knee KO from veteran Yves Edwards.

There was also an oblique kick KO that occurred somewhat recently.
UFC has done something stone cold. The promotion opted to sever the contract of Modestas Bukauskas just one month after he was on the receiving end of a leg kick KO that shocked the world.