Islam Makhachev is best known for his longtime friendship with Khabib Nurmagomedov. In fact, Makhachev just shared an interesting snap of their younger selves and penned a touching tribute to his coach (and Khabib’s father) Abdulmanap Nurmagomedov. 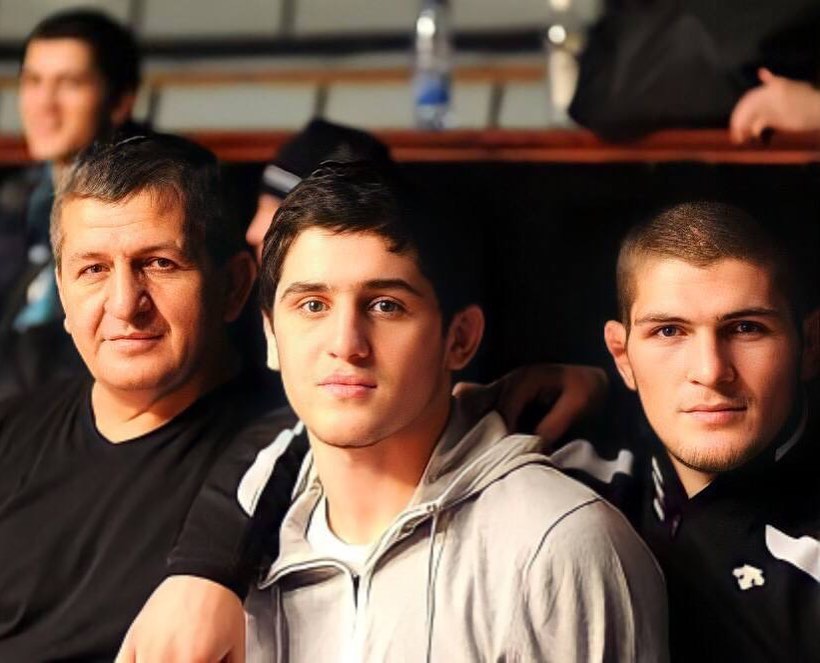 “My coach was the first to believe in me when I first came to the gym and did not even think of becoming a fighter. I wasn’t special, I wasn’t different from the rest and throughout my career he believed in me and told me that I would be a champion, that I just needed to practice.”

” And today, when I became a champion, I would really like to put this belt on my coach, in the octagon. If you were by my side, it would have been a more meaningful victory for me. May the Almighty grant you the highest rank of Paradise coach”

This wasn’t the first time Makhachev paid tribute to his late coach either. He was quick to praise Abdulmanap in the octagon and even offered up his belt to Khabib Nurmagomedov.

“I want to give this belt… Him and his father they made me.”

But years before he became the champion Makhachev was asked about competing against Khabib Nurmagomedov for the title. Makhachev has been in UFC since 2015 and has lost only one bout all the way back in 2015 – to Adriano Martins.

Makhachev had a very good answer at the time. He told media:

“If I need belt. I go to Khabib’s home. Take the belt”

Despite his long tenure in the promotion UFC 280 was Makhachev’s first ‘significant’ payday.

Makhachev also revealed UFC 280 will be his first significant payday:

“Uh, honestly, this it’s going to be like my first fight where I can make, like, real money, you know, as are all the money I spent for my family. Like, I build some house for my family, and but now, right now, it’s big money’s coming.”

One of the hosts went on to ask: “So if you had the choice of double the money, but without the title, would you take?”

“It? No. My dream is title. Because all my life I know I training so hard for this moment, I for sure will choose title.”

Meanwhile longtime friend of the Dagestani duo revealed Khabib pulled out all the stops and shelled out staggering $1M for Islam Makhachev’s camp.