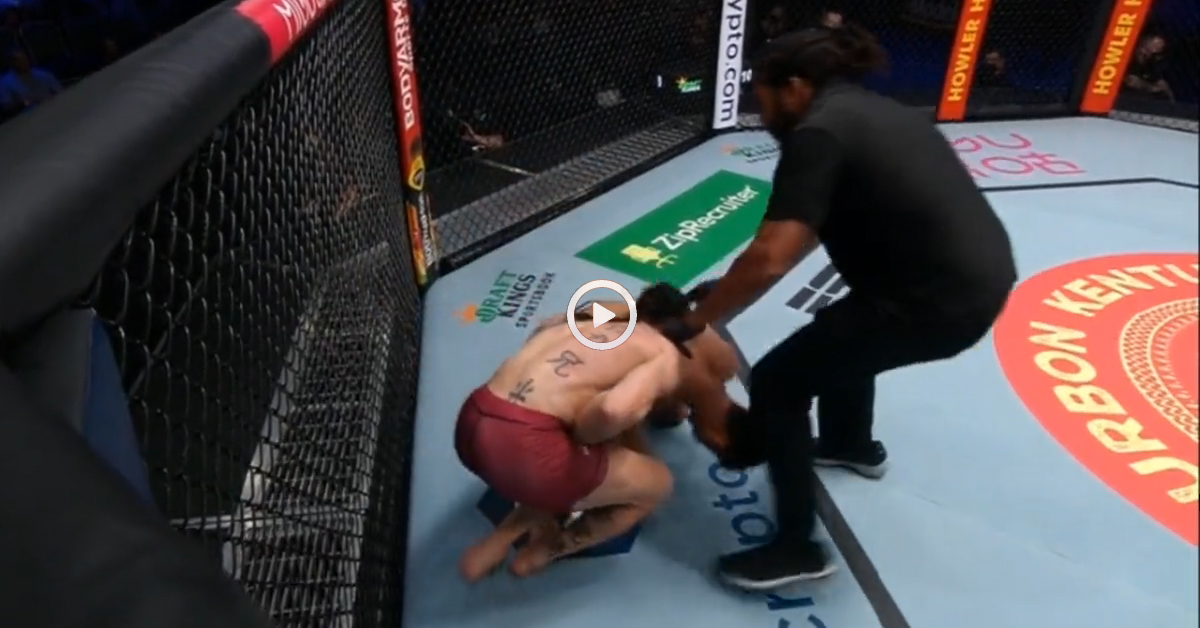 Last week Dana White bragged contender series is fast becoming the 2nd best fight library on fight pass. This might be inadvertently coming true. Last night there was a hilariously bizarre occurrence during one of the fights.

In an attempt to clinch – both fighters appeared to have thrown knees at the same time – and both landed on the other’s groin.

The fighters in question are Jonas Bilharinho and Canaan Kawaihae. Midway through the 2nd round both ended up on ground clutching their cups.

The two were surprisingly wholesome about it too:

“Did we get both low blows at the same time??”

“Double low blow? How is that possible?!”

“A double low blow, that has to be a first.”

“I have never seen this before.”

While watching the replay:

After seeing both fighters apologizing to each other, while both still on the ground grimacing:

[ #DWCS is LIVE on @ESPNPlus ] pic.twitter.com/iMoxAUJYHH

Ultimately Bilharinho secured the win via spinning wheel kick. And as if the groin strike wasn’t bad enough…

White says that Bilharinho is obviously very talented and that the spinning wheel kick left him confused about whether to sign him, but ultimately decided not to.
Expects that they’ll look at him again in the future after some more action on the regional scene.