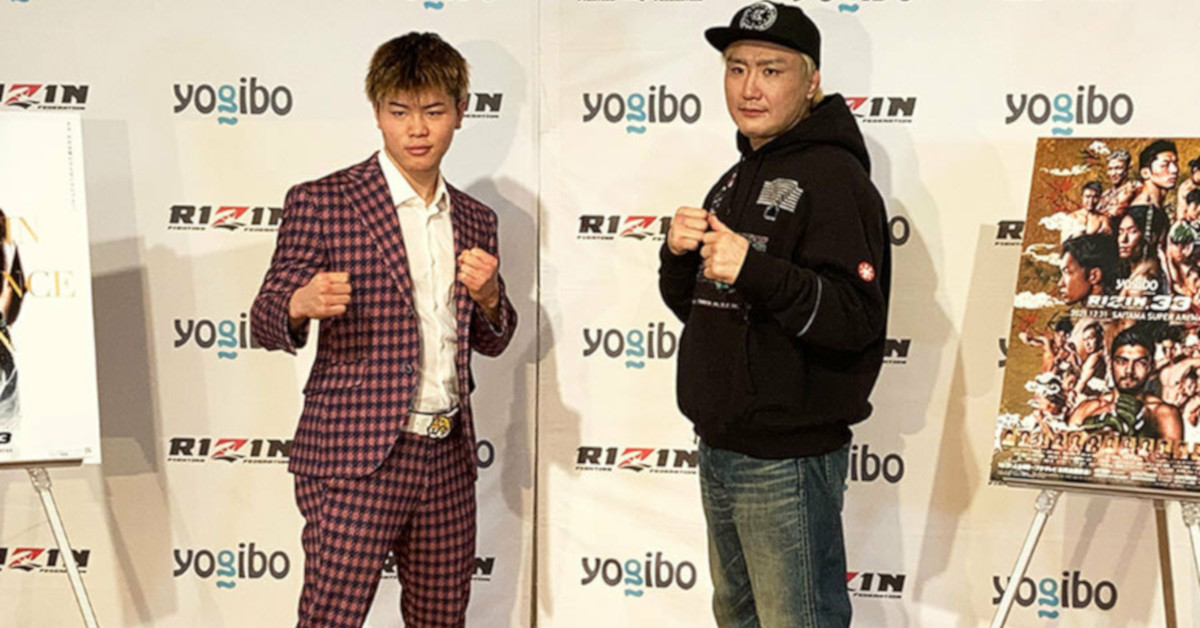 A day ago, Rizin president Nobuyuki Sakikabara declared that Tenshin Nasukawa would face Takeru Segawa in June 2022, but that is still half a year away. Today, another press conference was held to announce that for Rizin 33 on New Year’s Eve, Tenshin would face Takanori Gomi. This bout would supposedly be Tenshin’s last fight in Rizin, with Takeru likely being his last kickboxing fight, with intent to transition to boxing after.

While Takanori Gomi’s nickname is “The Fireball Kid”, he can hardly be considered a kid at 43 years old. During the presser, Gomi mentioned that he didn’t know why he was considered a suitable opponent for Tenshin, especially given his age and being out of condition but it was on really short notice . He took it on the condition that he would have a fight booked for the Tenshin Takeru card as well. Gomi also put on a mask of Takeru, who he felt to be a much better opponent for Tenshin. 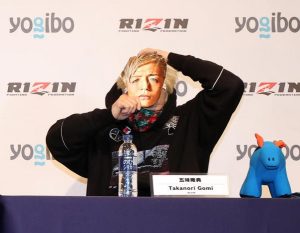 While Gomi’s prime days are over, we did have Nick Diaz describe his punches as “Hadouken punches” and so here’s a clip of him in his 2nd UFC fight vs Tyson Griffin, after his streak in PRIDE: