Epic fight championship is just that – Epic. In the past they’ve staged a myriad on stunts including male vs female, two on one and even little people fights. This latest bout pits 55 year old Babushka against 22 year old scrawny man. 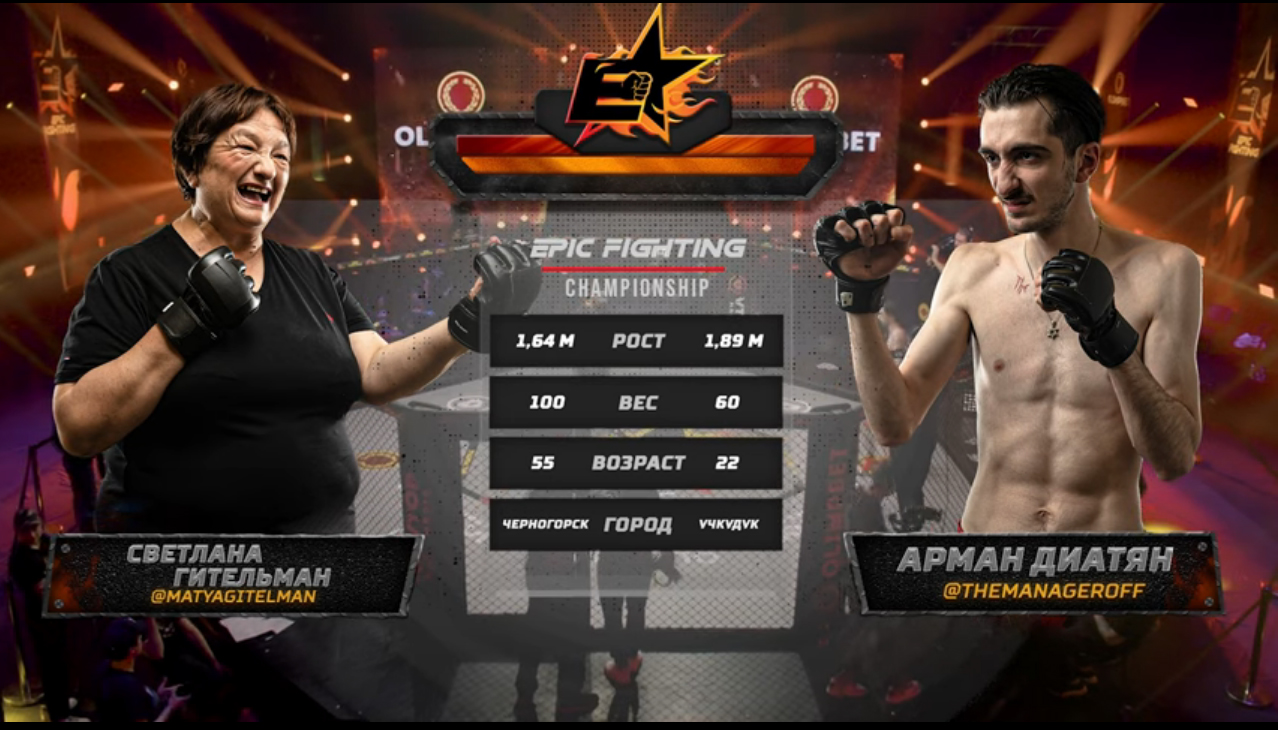 As you can see the disparity is huge. Arman is roughly 25cm taller – and 33 years younger. Still Svetlana Gitelman started pushing him from the very start. His corners were cut off and he was on the defense – likely also because there’s no winning this fight – not in the eyes of an audience.

She even grappled with him a fair bit while clinched up against a fence. With a minute 30 on the clock something bizarre happened – a kid jumped the cage and Svetlana was swapped out for a kid of similar stature.