During her recent interview with MMA News, the 33-year-old recalled her life-changing decision. She expressed relief after quitting her old job.

“It’s the first time I’ve ever been able to be completely immersed in the thing I love doing so very much. It’s been completely life-changing for me, this camp especially being at Fight Ready and just being able to give my all to the thing that I love.” Demopoulos said.

After winning her bout against Jinh Yu Frey she jumped into Bisping’s arms to celebrate during the interview.

Unlike Rogan, Bisping wasn’t too fond of the gimmick and didn’t provide support.

THAT'S how you make the most of your post fight interview 😂 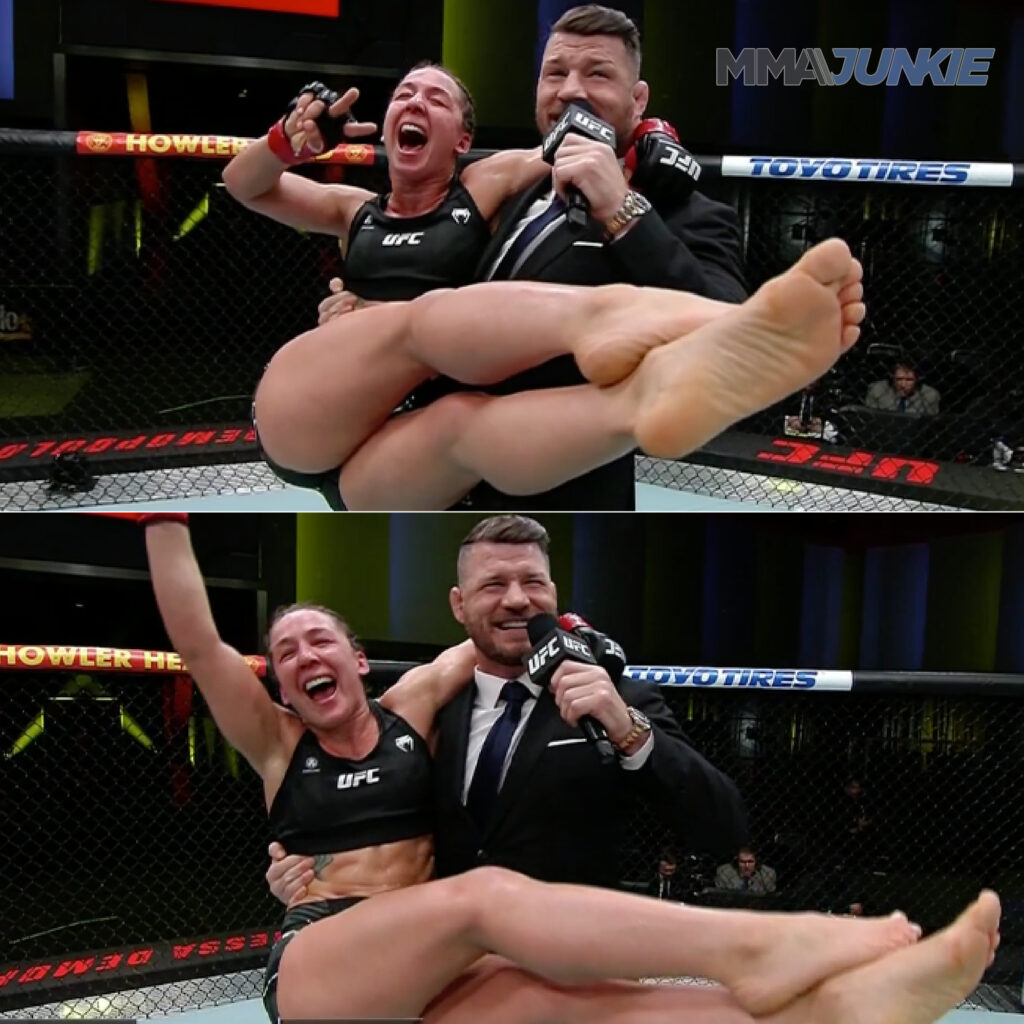 During the post fight presser, Dempopulous compared the two saying Rogan was way better as a prop.

“Joe’s was way better… I kinda knew Bisping was not gonna hold me up. It’s a part of his personality. I don’t take it personal,” said Vanessa Demopoulos.