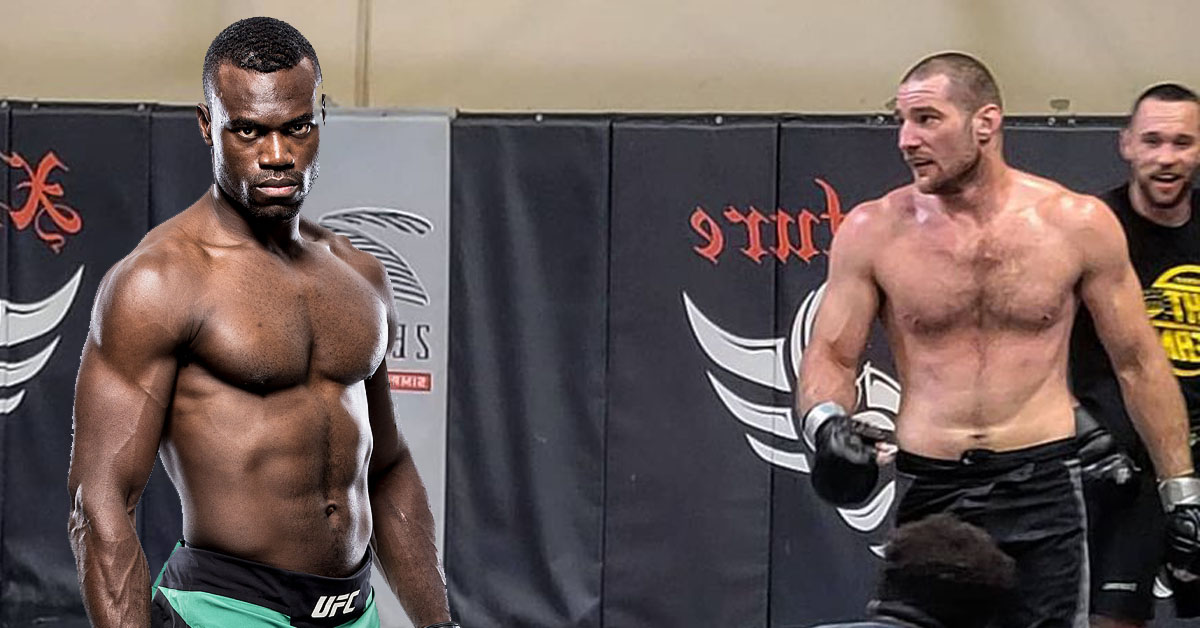 Uriah Hall once delivered a classic moment on The Ultimate Fighter. Hall delivered a high impact kick that rendered his opponent unable to breathe, convulsing for over four minutes. During the time his opponent was receiving medical attention Hall uttered the now infamous “Sorry Adam.” line

The moment also had a detrimental effect on Hall’s relationship to MMA. After the fact he said what happened made him not love fighting any more.

Since then Hall has not received favorable attention from his employers. Hall would go on to retire his idol Anderson Silva – in 2020. During the post fight press conference Dana White was very unfavorable calling Hall one of the shiest strikers of the UFC. It was widely speculated last year that Uriah might be on the chopping block and would be getting released by the UFC.

Earlier in April, Hall was on the receiving side of the leg kick that obliterated Chris Weidman’s leg. This was the 2nd strike of the fight. It’s very likely this catastrophic break heavily impacted Uriah Hall psychologically.

Hall was previously outspoken about the impact the sport injuries had on him telling Jimmy Smith on Unlocking the Cage :

“There’s nothing that can stop me. Nothing. The only person that has stopped me my whole career is myself. I’m the type of person, I feel bad beating up my opponents. I feel bad doing it because the humane side of me always stands out more and I felt like why would God bless me with this incredible gift to hurt someone but at the same time I’m afraid to use it.”

Looking at Hall’s official stats reveals an interesting picture. Hall is definitely getting outstruck left and right – he was out struck in every fight he’s fought  since 2015 bar one – the Anderson Silva retirement. But even when he was getting out struck 2 to 1 he often managed to pull off the KO.

This brings us to our next UFC main event – Sean Strickland vs Uriah Hall. Strickland is little talked about in spite of having been in the UFC since 2014. Nowadays he’s perhaps best known for being on the other side of unsportsmanlike conduct from ADCC victor Orlando Sanchez.

But Strickland is definitely not gun shy, having moved to 185lbs division back in 2018. He’s on a four fight winning streak. Back in 2018 Strickland was on the last fight of his contract when he had a motorcycle accident that rendered him unable to fight for the next 2 years.

“I left some of my kneecap on the road,” Strickland revealed to mmafighting.

“I had a doctor coming up to me saying ‘you’re going to surgery’ and at that moment I started crying a little bit,” Strickland said. “I don’t know if it’s just the life long battle with depression that fighters have but I just remember waking up like ‘f**k, I hope I can fight again.’

“As far as the actual accident, that wasn’t so traumatic but just waking up to ‘you’re going into knee surgery.’ That was the thing that really stuck me hard. The only thing I’ve ever done in life was be a loser and be an MMA fighter. That hit me hard.”

Back in present day it’s important to note that the Hall fight was originally to be on the UFC 265 card however it had since been moved to headline UFC Fight Night Hall vs Strickland. This change also means the fight will be a 5 rounder.

And longer fight time certainly leaves more opportunities for Hall to catch Strickland off guard. After all, Strickland’s last loss comes by way of a spinning wheel kick.

Strickland also hasn’t gone 5 rounds in the UFC cage – ever. His last long distance fight was back at King of the Cage in 2013. In spite of being 6 years younger, both fighters have fought 26 times. Uriah’s record stands at 17-9 and Strickland’s is 23-3.

The two even used to train together.

“I consider Uriah a friend of mine,” Strickland told LowKickMMA. “Not only (did I train with him) at Xtreme Couture but also back in Reign when Mark Munoz was throwing down. I’ve trained with him a lot, he was actually a guy I didn’t really like to train with because he was kind of a f*cking d*ck. The things he threw were so dangerous and he had like no control of it. So, when you spar Uriah, you have to fight Uriah to shut that down.”

Currently the odds are in Strickland’s favor as he’s -200 at most places as per bestfightodds.com  . And on paper, sure Strickland’s only had 3 losses vs Uriah’s 9. But it’s worth noting that you will recognize most names Hall has fought. Meanwhile Strickland is not only new to the division but also somewhat of an up and comer.