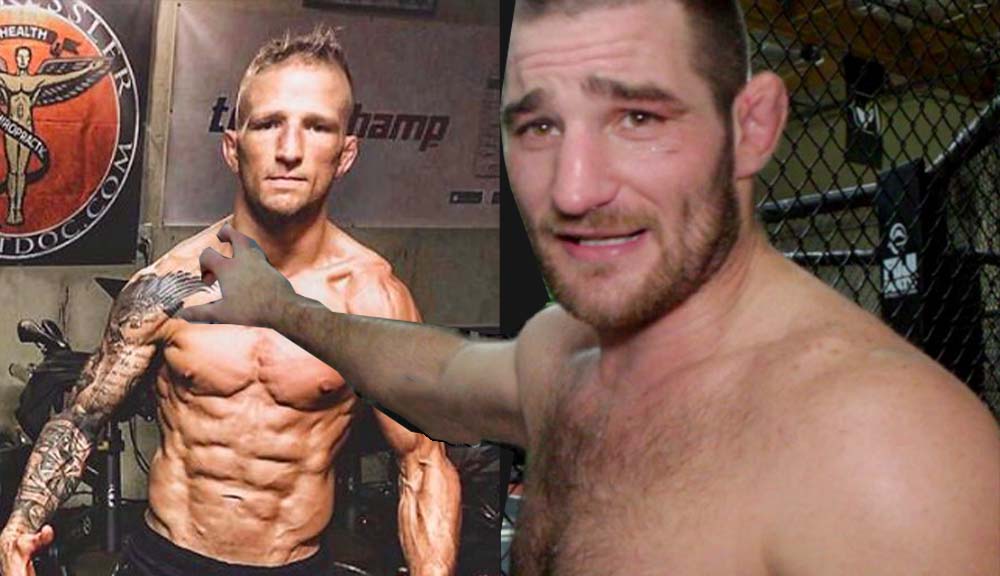 TJ Dillashaw admitted to taking EPO and received a two year suspension back in April of 2019. Dillashaw took a very potent medication – typically used to treat a severe anemia and certain types of cancer. EPO or human erythropoietin  became infamous when it was determined that Lance Armstrong had been using it and having great performance enhancements from it.

In terms of USADA this is probably the biggest infraction one can have – and it wasn’t particularly well thought out. Recently a PEDs expert Derek of More Plates More Dates fame explained to Joe Rogan that Dillashaw wasn’t particularly smart about his use.

Only thing @usantidoping is good at is catching broke fighters who can’t afford good shit lol! Ster*ids should be a life time ban..  @TJDillashaw is the absolute scum of the earth and should never be allowed to compete I’m the UFC again.. You ruined people’s careers you’re scum.

Naturally this kind of outspoken approach immediately had fans clamoring for more. So he was next asked about Jon Jones. Jones is particularly interesting because many believe that UFC interfered when it came to USADA’s determination to punish him. It was even decided that an elaborate pulsing excuse would be sufficient to explain Jones’ later positive tests.

This case was also discussed by renowned doping expert:

“There’s a variety of different things that could be happening but ultimately for him [Jon Jones], he got it in his system and on paper when you look at his testosterone levels and his ratios of testosterone and epitestosterone when he fought DC, they were so out of whack that it would not be explainable in my opinion by anything other than some sort of suppression of your system via the usage of something. Suppression to the degree where he is literally like a female, probably not. Normally the levels would be over 10 times what he had in general. He was in the single digits for urinary testestorone which otherwise should be like 60 plus or something. He was like 4 or something.”

“If you have a drug that is suppressing your system, the drug you are taking presumably is what’s driving your performance vectors that you deem useful enough to use in competition. So hypothetically, like all those athletes in Russia or whatever using turinabol, you’re going to have some suppression of your testosterone levels which, on paper, could inhibit performance but you’re using the drug to drive performance. You’re relying on this compound that you deem useful enough to dope with potentially.”

So to Strickland’s point there’s definitely a world where USADA could be dealing with fighters who use PEDS in a more severe fashion. The reality is that USADA is subcontracted by the UFC and the new system of not announcing positive tests until after arbitration is certainly … an interesting approach to soften the anti doping effort.

One case that was clearly too harshly judged in recent history is now former UFC fighter Kevin Lee. Lee received a 6 month suspension for adult ADHD drug he was prescribed.

As of Strickland, he seems to be trying hard to prove that he’s a lunatic all on his own. It’s doubtful Dillashaw or USADA will ever respond to these statements.

Prior to these statements Strickland claimed his division champion Israel Adesanya was also on PEDS.

“At least a title shot (by the end of the year),” Strickland said. “I’m one of the hardest training fighters in the UFC and I’ll do everything I can to get to a title shot, and if it happens, let’s f*cking go, Izzy. I’m f*cking ready. Make sure to cycle off, though. I don’t want to f*cking bring you a bra if you don’t hit the right cycle.”

This of course is commentary on Adesanya’s gynecomastia.

To anyone still thinking he was using PEDs because of his pec, @Stylebender has a message: