Rose Namajunas is gearing up to compete again for the first time since her UFC title loss.
The two-time UFC strawweight champion is slated to meet fellow UFC veteran Gillian Robertson in a grappling match on the 30th of December in the main event of FURY grappling 6.

The match will take place at Philadelphia’s 2300 Arena and airs live on UFC’s streaming service.

The two are booked for a 135-pound no-gi match.

Namajunas (11-5) has been sidelined since losing her UFC belt to Esparza in a perplexing five-round performance this past May at UFC 274.

Namajunas released the following statement about competing against Gillian Robertson:

“Competing in grappling was one of a few different goals I had for myself before I were to compete in fighting again,” Namajunas said in a statement.

Namajunas was previously booked to grapple at a previous FURY card however she had to drop out. Carla Esparza ended stepping up and ended up with a huge cut that delayed their UFC strawweight championship clash.

Robertson (11-7) last competed in  MMA in September with a second-round technical submission win over Mariya Agapova at UFC Vegas 60.

Robertson choked out Agapova and made her spasm and promptly faint.

ADD ANOTHER FINISH TO THE RESUME! Namajunas has been a bjj black belt as far back as 2014 – prior to her stint on TUF. 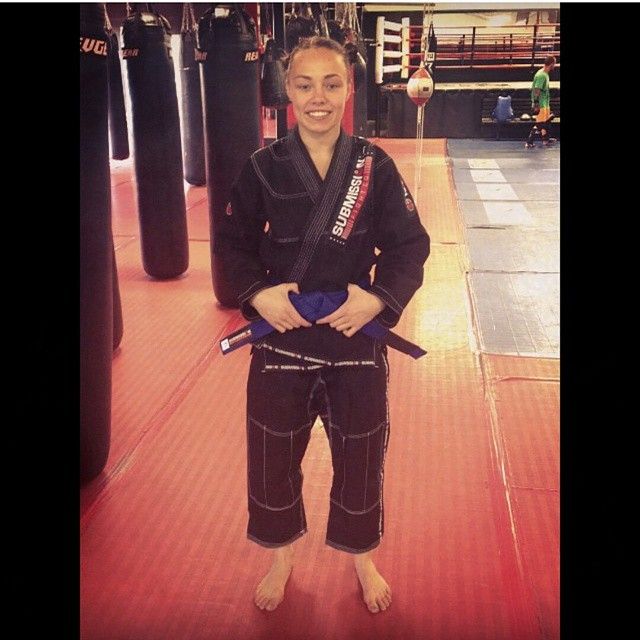