Rose Namajunas has has come a long way in her UFC career. When she came to the organization, she relied mostly on taekwondo kicks and flashy submissions. Today, she is a two-time UFC strawweight champion and is considered one of the most well-rounded martial artists in women’s MMA.

Aside from her martial arts abilities, Namajunas is a fan favorite due to her earnest approach.

What is Rose Namajunas’ nationality

Namajunas is an American- she was born in Milwaukee, Wisconsin on June 29, 1992. But she is a daughter of Lithuanian parents, Rose was named after her Lithuanian great-grandmother Rožė Gotšalkaitė Namajūnienė.

The UFC Strawweight champion is a devoted Christian. Namajunas is constantly seen praying on her Social media. Even during her title reclaim, she was sure to thank the Lord for her victory.

According to an old interview she did – she is in fact catholic. She told MMAunderground:

RN: Lithuanians are very proud of their culture from years of Russian oppression during the Soviet Union. They are simple people who love basketball and nature. Nature is very important due to the fact we were the last Pagan country in Europe before turning Catholic. When I visited family, we would just walk through the forest and eat wild blueberries, strawberries, and gather mushrooms to make dinner! It’s very different from American fast food.

Where is Rose Namajunas from

To say Namajunas had a tough upbringing would be an understatement. Rose grew up in a tough neighborhood in Milwaukee.

Why is Rose Namajunas called thug

Due to being the only white kid among her friends, she received the nickname “Thug” Rose.

Her father, Arturas Namajunas, suffered from schizophrenia and left her family when Rose was still young and eventually died of pneumonia in Germany in 2008 when Rose was 16 years old.

Rose was also a victim of abuse during her childhood. Her mother was a single mother that had to work all day, while her brother also took on jobs to help the family, meaning that Rose spent most days of her childhood alone in her house.

Where does Rose Namajunas train

Namajunas started her martial arts career at a very young age. She started her Taekwondo training when she was 5 years old. She later took on Karate and Brazilian Jiu-Jitsu as well. While still in high school, Namajunas began training kickboxing at Duke Roufus’ gym “Roufusport”. 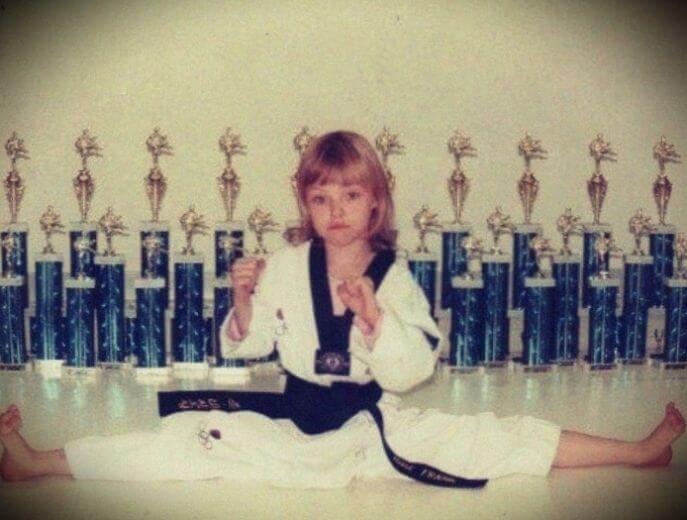 Despite still being a teenager, Rose met her soon-to-be husband, Pat Barry, while training at Roufus’ MMA gym. She was 14 at the time.

At 18 years old, Rose started competing in amateur MMA bouts. The Milwaukee-born went 4-0 as an amateur before finally making her MMA professional debut. 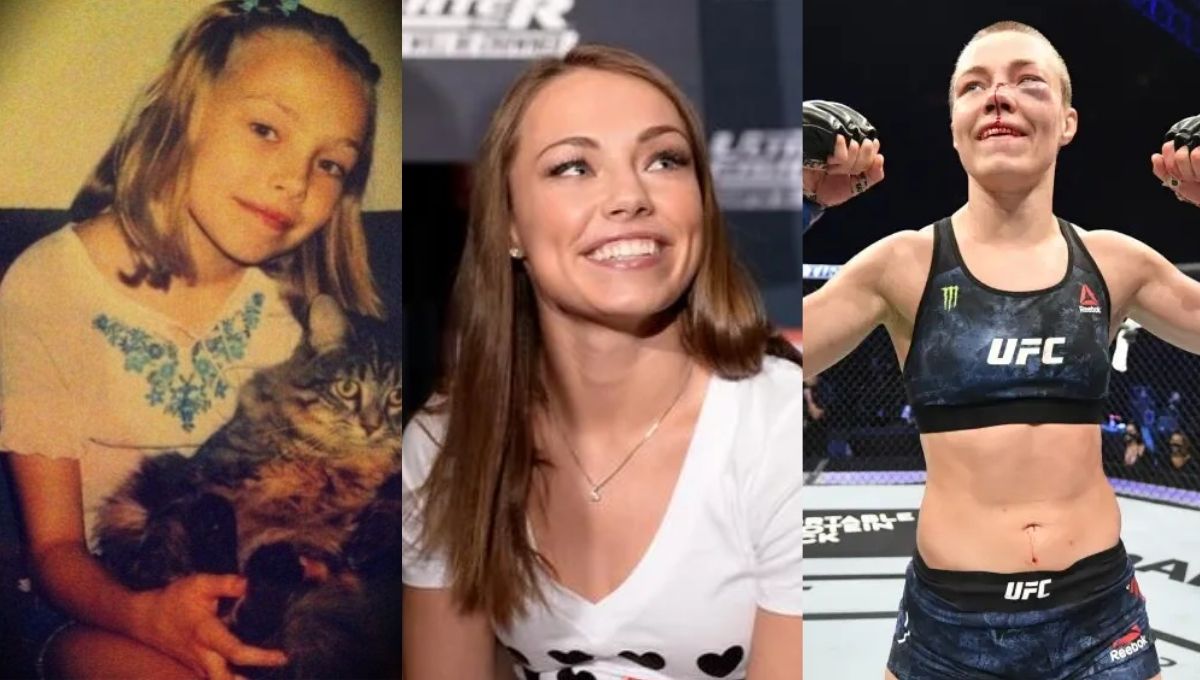 After only 3 professional appearances under her record, Namajunas was invited to participate in the UFC’s reality show “The Ultimate Fighter”. The winner of the reality show was to be awarded the inaugural UFC Strawweight championship belt.

Rose was able to make it to the finals, however, she fell short after losing via rear-naked choke to Carla Esparza. 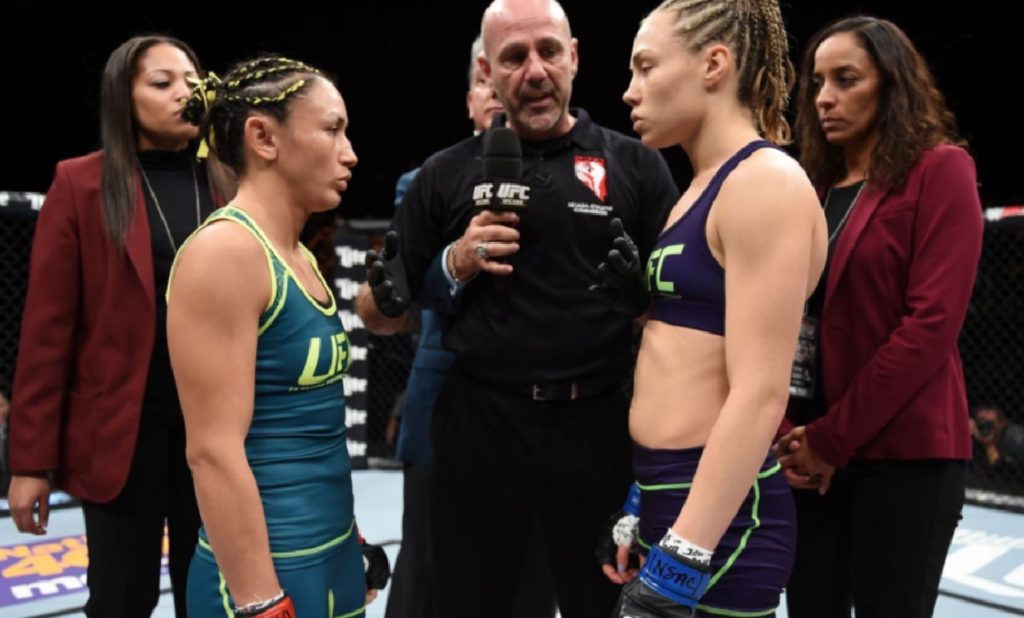 Now, Rose is scheduled to face Carla Esparza in a rematch. Esparza was the first woman to defeat rose in an MMA bout.

The two are scheduled to face each other in an exciting rematch for the co-main event of UFC 274.

Does Rose Namajunas have cancer 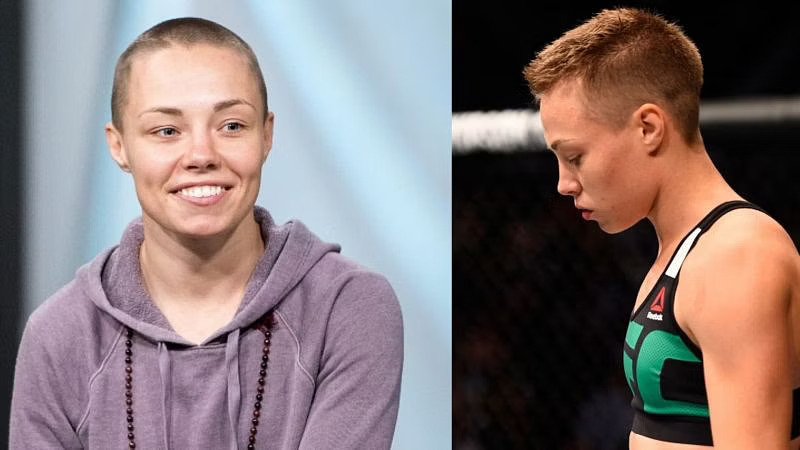 Namajunas does not have cancer – she opted to shave her head during the camp to face Paige Van Zant in 2015. Women in the UFC often have to have their hair braided and it can be hard to keep it in check. This is why Namajunas opted to shave it off.

“[It’s] Just years and years of playing in sports, not just fighting, hair’s been growing up, and being a tomboy growing up and not really wanting to have to do my hair. I don’t even know how to do [my hair]. I just had to put a whole bunch of product in it. I just want to be able to wake up in the morning and feel pretty and not have to do a whole bunch of cr*p [to my hair]. It is definitely like shedding my past, being psychologically mean of my hair as well as physically, and just ripping it out.” Namajunas told an itnerviewer

During her first fight against the Chinese Zhang Weili, Namajunas showed a side of her that fans had never seen before. Despite not being associated with any political party in the USA, Rose was happy to express her deep hatred for communism.

Rose’s great-grandfather Juozas Namajūnienė was an ex-member of the Red Army forces. Later Juozas retired and lived in Lithuania as a civilian. After the Soviet forces reclaimed Lithuanian, Juozas was arrested and sent to a prison camp. He was later murdered by the Soviets near his home in Lithuania.

Rose saw the contest against the Chinese Zhang Weili as the symbolism of “freedom vs Communism”. Rose stated that “Weili is red”(red meaning communism) and constantly repeated “better dead than red”, a common anti-communism phrase.

Weili had little to say in response. However, it is important to note that Zhang Weili was not and never has been a part of the Chinese government, nor has she ever been associated with the Chinese Communist Party.