Paulo Costa isn’t shying away from being controversial. Costa is a contender in UFC middleweight division and has been keeping a keen eye on UFC 281.

But Costa is also aware that he might part ways with UFC if the organization fails to offer him more favorable terms. Costa is currently booked to face Rob Whittaker in Australia in early 2023 – on what he confirmed is the last bout of his contract.

Costa has been very unhappy with the treatment he’s received from UFC. According to an interview he gave prior to facing Luke Rockhold he made under $100,000 for his title shot against Israel Adesanya.

UFC 278 was marked by talk about athlete compensation after both Paulo Costa and Luke Rockhold used media week to spotlight different issues regarding UFC’s pay structure.

Costa has been training hard to face Whittaker and he’s been keeping his options open. He did everything from calling out Jake Paul to accusing UFC of using USADA to pressure him into a new contract. 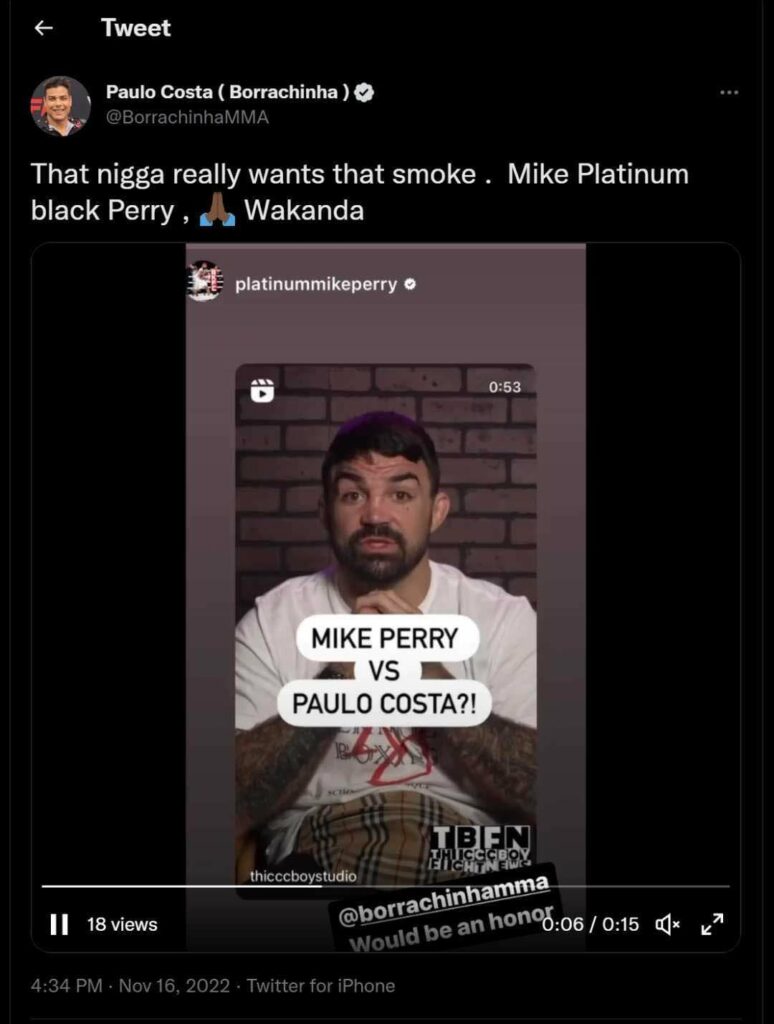 Costa quickly encountered some mild backlash –  which he was honestly probably even hoping for. To which he replied with a picture of himself in slightly more tanned face. 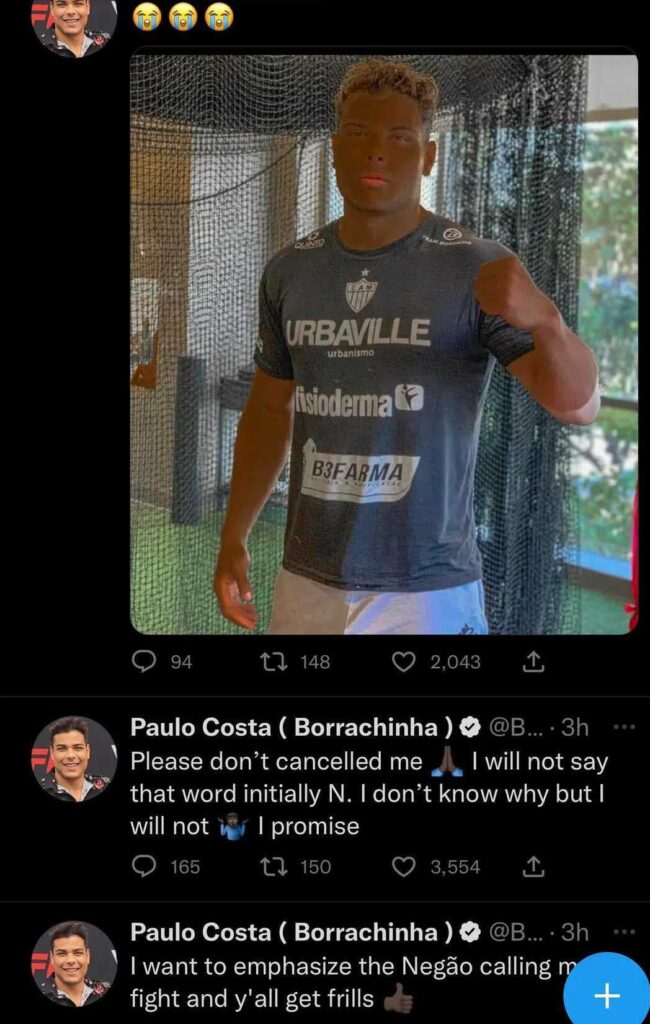