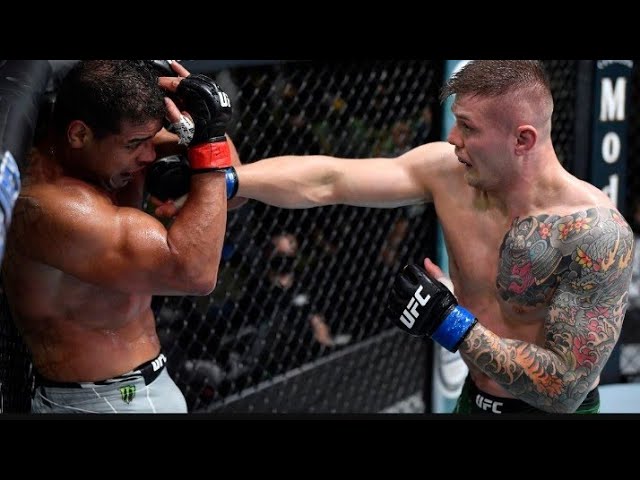 Paulo Costa’s dramatic weigh in overshadowed what was a pretty exciting fight. The two fighters – both considered solid grapplers were content to exchange punches and kicks for five full rounds. Early on Costa was docked a point for an eye poke Marvin Vettori received following a warning from ref Jason Herzog to not grab the hands with his fingers outstretched. To be fair this was not a repeated offense so Costa was unclear as to why exactly he’s losing a point.

Costa delivered heavy kicks throughout the fight. And in spite of the commentating team repeatedly making comments about his gas tank wasn’t really exhausted into submission. While Costa was focusing on body shots for a good deal of the fight Vettori was mainly trying to deliver headshots. Ultimately the fight was an anonymous decision in Vettori’s favor. But you really can’t speak ill of Costa for that performance.

Following the fight UFC boss Dana White confirmed Costa will be making a home for himself in the 205lbs division:

“Again, you have to give all the credit to Vettori,” White said. “He was willing to fight at any weight and didn’t let this stuff mess with his head. At the end of the day, it’s all about the fight. They both fought their ass off. Costa looked better in the fifth round than he did in the first round, so he was definitely in shape. When a guy comes in that heavy, you have to question whether he’s in shape or not. He was in shape.”

“We absolutely tell you where to fight when this happens,” White stated firmly. “He’s gonna have to fight at 205.”

Meanwhile Costa wasn’t really explaining anything about his weight shenenigans. When prompted he replied:

“The only problem, my friend, is that I lost the fight, so it will look like an excuse. I do not have an excuse for nothing. I did a good job there, Marvin as well. Congratulations for him and to me, I think, but I had some problems to not come in here with my usual weight. I came at a little bit higher weight because I needed to stop some weeks of training.”

When asked to clarify if it was a specific injury that led to him taking time away from training, Costa looked at his arm and simply replied, “My left bicep.”

Vettori was glad he wasn’t trapped by the drama surrounding the fight:

“I’m glad I didn’t let go of all that tension before the fight thinking that he’s not ready, he didn’t train, he came in fat, he’s not taking seriously. He actually did. It was a trap a little bit. He was willing to scratch the fight for sure, but he was ready also.”

The fight was awarded a Fight of the night 50k bonus.