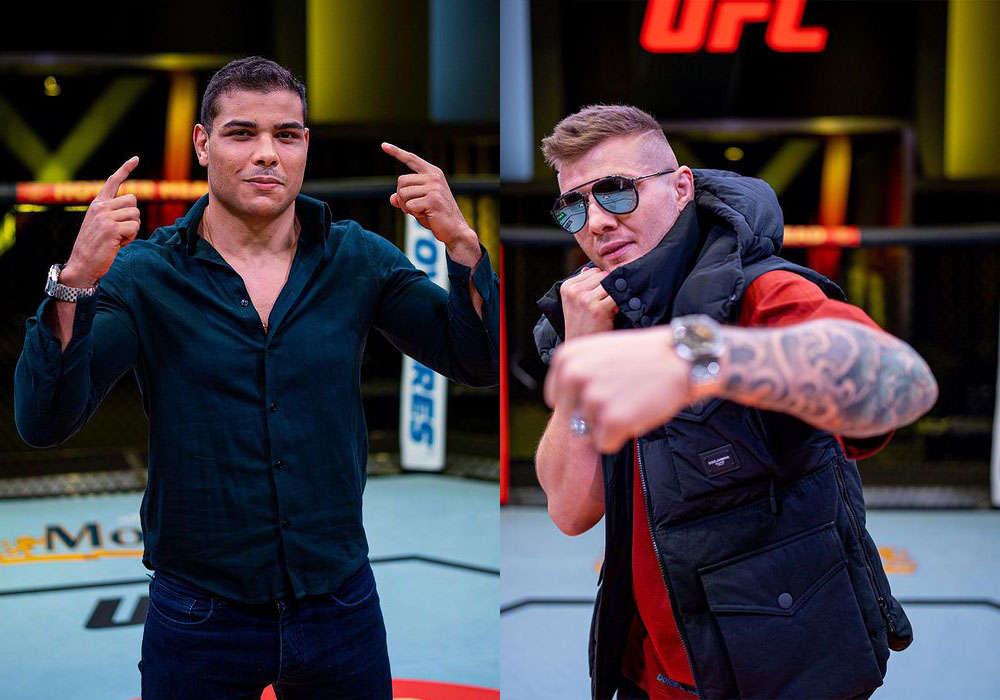 For juicy looking Paulo Costa, cutting weight is bound to become harder and harder. In fact so hard he’s given up for the October 23rd fight against Marvin Vettori.

Costa has been a bit kooky as of late – after all he blamed the Israel Adesanya loss – a loss that was pretty much 100% a result of him refusing to check kicks on having had too much wine and insomnia the night before.

But the beefy Costa and his crafty manager Walid Ismail came out late yesterday with the confession that Costa is at 220lbs currently and that he doesn’t plan to cut further.

“I think this fight will happen,” Costa said. “It just will not happen if he don’t want to fight me. Maybe we can do a catchweight 195 [pounds] maybe but I think make this fight [205 pounds] could be more exciting to the fans.

“Make a little difference for me now, four or five pounds, six pounds. I just don’t care,” Costa said. “I’m more concentrated on my weight than on his weight. I don’t care if he makes 225 pounds or more. We need to find a catchweight to make. I don’t know exactly yet.”

On the other side is Marvin Vettori – represented by infamous company man Ali Abdelaziz so naturally the show has to go on no matter what. Because who else would represent UFC’s interests then?

To Vettori’s credit he was game right away saying:

“There’s some sh*t going on – he had some problems with weight,” Vettori told reporters, including MMA Junkie. “I said I’ll fight him at any weight, but at the end of the day we still have to all be professional. He’s not professional. F*ck, we all go through weight cuts. He has to do some of it. So, we’ll see.”

“The last thing I want is for the fight to be scratched, so I’ll fight him at any weight. With that being said, he needs to suffer a little bit making weight. All of us go through that. That shows. He’s a lot overweight.”

Ultimately the two settled on fighting at catchweight – at 195 pounds.

While there’s no doubt Costa massively screwed up – it’s a bigger question if Vettori’s management “team” and him being a “team player” can adversely affect his future career. For one brain trauma is tied to the level of hydration – and sure a 30% penalty to Costa’s purse might seem like an adequate punishment but is it really worth the risk to go out there with a significantly overweight power striker who you attempt to try and wrestle and grapple into submission?

Just something to think about. Perhaps it’s time for Vettori to start looking out for Number 1 instead of Abdelaziz’ stable of clients.