Pimblett also has a 7 figure deal with Barstool sports to podcast on their network so it’s no surprise that his next fight got confirmed on a podcast. Dana White shared with Dave Portnoy that UFC has matched Pimblett with Jared Gordon and is scheduling the event for March 19th in London.

Breaking news from @danawhite on tonight's @DavePortnoyShow: @theufcbaddy will be fighting Jared Gordon on March 19th in London pic.twitter.com/1d7QKPVZqW

Pimblett and Jared Gordon have history. Back in October of last year Pimblett accepted Gordon’s call out. Gordon is 33 years old and has 18-4 record with the last 8 fights of his being in the UFC.

Gordon was quick to call out Pimblett having defeated his teammate in the past: 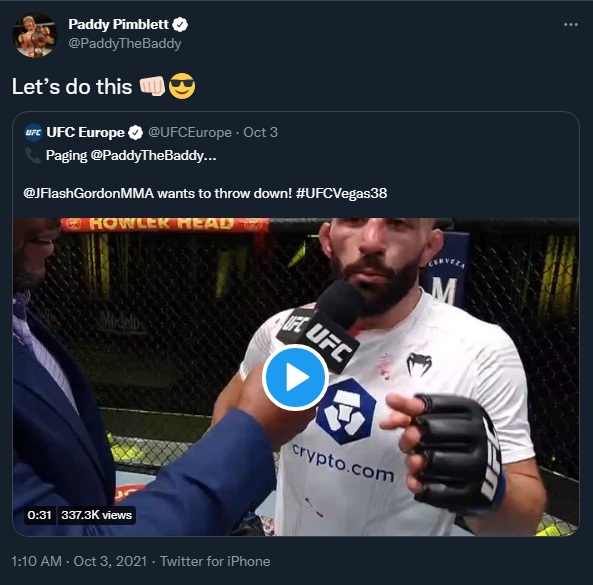 Gordon stuck by his call out at the post fight press conference saying:

“This is what I want,” Gordon told MMA Junkie and other reporters during the post-fight news conference about calling out someone like Pimblett who has a lot of fanfare. “I know I have the skills to do it. I think I’m underrated and because I don’t have crazy knockout finishes, people count me out. I’ve lost some fights against monsters, but I have to go through the downs to get to the ups, so this is just par for the course.”

And true to his words his losses come from current Lighweight Champion Charles Oliveira, Diego Ferreira and Joaquim Silva.

Paddy is currently in the process of slimming down to his fight weight. He balooned substantially looking unrecognizable just 2 weeks after the UFC debut. Paddy Pimblett and his manager have denied the report that the contract is signed. The two had the following to say about Dana White’s comments: 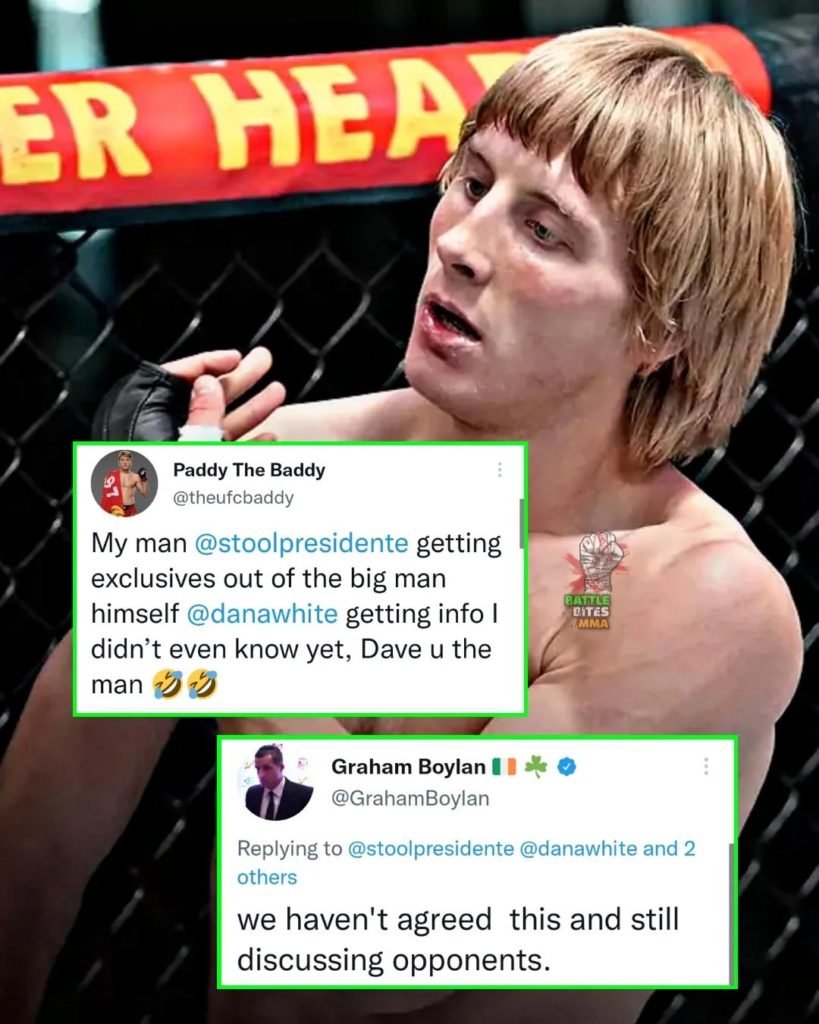