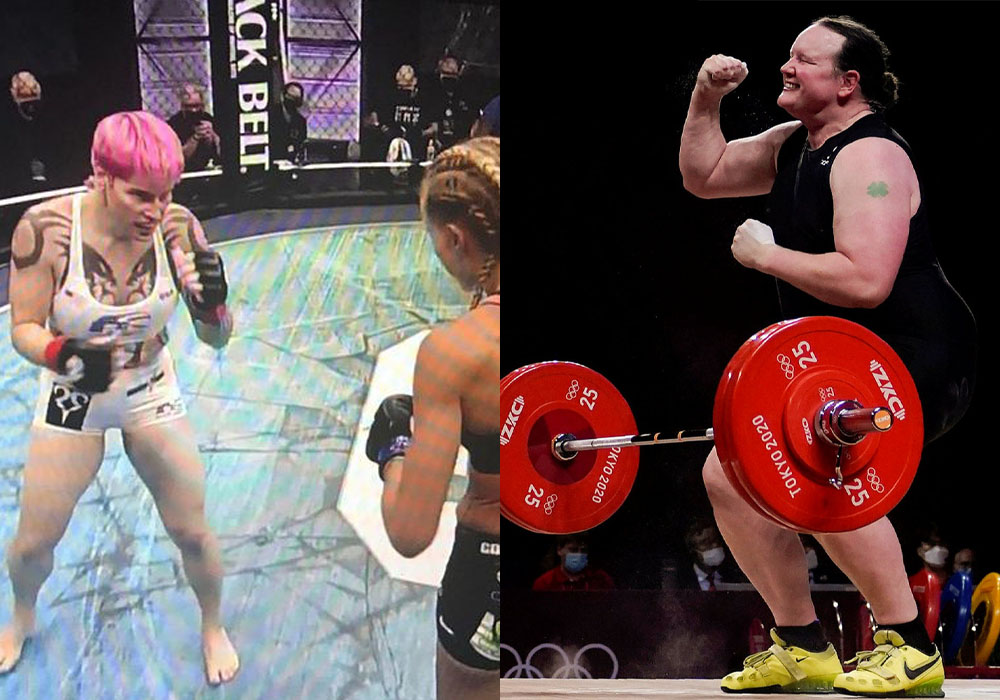 Transgender athletes have been an incredibly charged topic since the inclusion of Laurel Hubbard in Olympic Games in the weight lifting categories.
There are many who argue that the biological gender advantages are negated by reducing the level of testosterone for a prolonged time period – which has been a requirement thus far. But this failed to address some other common points when comparing the two genders.

New major review from the Sports Councils Equality Group recently concluded trans women have an advantage in some sports, even when testosterone levels have been reduced. This is somewhat momentous because plenty of community members would have us believe that this is nullified with HRT.

This report suggests a new ‘universal’ or ‘open’ category for the trans athletes as opposed to including trans women in the women’s division.

The new review from the Sports Councils Equality Group, which includes UK Sport, Sport England, Sport Wales, Sport Scotland and Sport Northern Ireland, ruled that testosterone suppression does not take away the physical advantages of trans women in female sport.

The long-awaited document reviews the latest research, is based on interviews with 300 people and 175 organisations and took 18 months to compile.

‘Long-term evidence indicates that males have numerous physical advantages in sport compared with females, and this is recognised in law…’ the sports councils state.

‘Current research indicates that testosterone suppression does not negate this physical advantage over females and so cannot guarantee competitive fairness and/or safety.’

It adds: ‘[Sports governing bodies] may choose to offer sport in which the female category is protected for reasons of competitive fairness and/or safety if they are gender affected. These sports would offer both a female category and an open category. Female entries would be required to declare themselves as recorded female at birth. An open category would be available for any competitor to enter.’

The UK sports councils are unequivocal in saying that suppressing testosterone for 12 months ‘cannot guarantee fairness’.

‘There appears to be a retention of physical capacity in transgender people who suppress testosterone from male levels,’ they add. ‘Such physical differences will also impact on safety parameters in sports which are combat, collision or contact in nature.’

This review shines a light on a recent research that observed that majority of cardio related activities have adult male athletes performing 10 to 12% better than female counterparts – but the advantage increases to 20% for jumping and 35% for strength based sports.

‘An understanding of the gap between the two sexes can be recognised by results of practice matches between national senior women’s football teams against underage boys’ teams in recent years,’ the sports bodies say. ‘The national teams from Australia, USA and Brazil were beaten comprehensively (7-0, 5-2, 6-0 respectively) by club teams of 14- and 15-year-old boys.’

‘The key point is that there is a reason why we have separate male and female categories for sport – the reason is the biological differences between men and women,’ Chris Lavey, a solicitor advocate in the Bird & Bird Sports Group in London, told Sportsmail earlier this year.

‘Obviously, there is a huge overlap in sporting ability between men and women,’ added Lavey, whose firm helped to draft the IOC guidelines on transgender participation.

‘But at the elite level of sport – in athletics, for example, you can compare men’s and women’s world records and you can see [the advantage] is about 10% or 12%, it can go up to 20% in some sports and it can be up to 30% in weightlifting. The empirical evidence and the science supports that.’

‘A trans woman challenges the binary categories that sport operates. Before they undergo any testosterone suppressive treatment, a trans woman is effectively a biological male, with XY chromosomes, testes, male (high) levels of testosterone, who – as a result – has all the physical advantages that any man has over any woman. And some physical advantages that result from high levels of testosterone while growing up will endure.

‘If you have been through a male puberty then you are going to have height advantages, bigger heart, bigger lungs, which will not be affected by testosterone suppression.

‘The science is becoming increasingly clear there are retained advantages even after testosterone suppression. Then the question becomes how, in light of that science, does a sports governing body juggle the competing priorities of fair competition, safety, and inclusion, and that can differ depending on the level at which the sport is played and the nature of the particular sport itself. It might be very different in Sunday league football compared to the Olympics.’

‘It is up to individual sports to consider the science and their policy goals, take a position and, if necessary, regulate.