White Rex was founded in 2008 and is a brand closely associated with MMA. The company produces shirts, hoodies, pants and MMA gear like MMA gloves and shorts.

Many of the company’s products are openly branded with fascist and white supremacist symbols. They have produced t-shirts that openly show swastikas and many other blatantly obvious white-supremacy signs.

Some of the White Rex past shirts proudly display controversial slogans such as “Zero Tolerance,” “Angry Europeans,” and “White Rex Against Tolerance.” 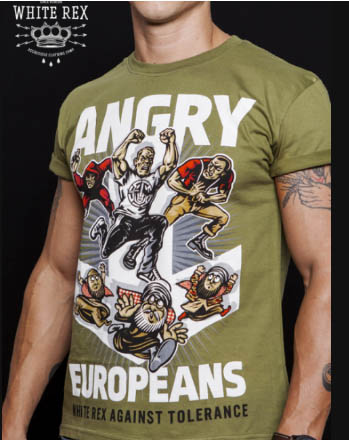 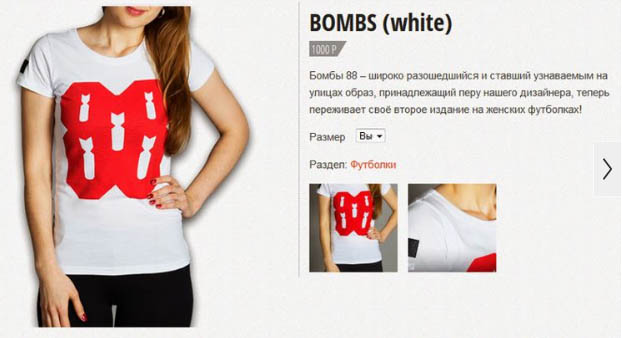 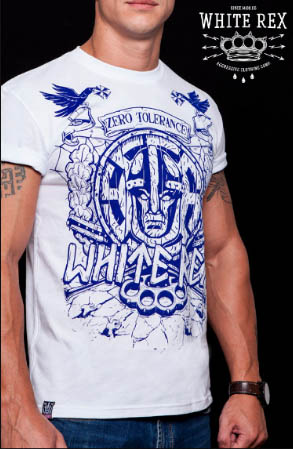 The founder of the brand is Dennis Nikitin, a former football hooligan from Russia. Nikitin has lived in Ukraine for the past couple of years and his involvement in the sport goes beyond selling MMA gear.

Nikitin is the organizer of MMA events at Reconquista and many other amateur tournaments in Russia.

Recently, the openly “white nationalist” recorded a video in which he called on like-minded people with his ideology to come to pick up arms and fight for Ukraine.

“I want to appeal to those nationalists that think that this is not their war,” Nikitin states at the beginning of the propaganda video.

“The point is that you might be right guys,”

Nikitin then argues that despite his differences with the Ukrainian leader, “White Nationalists” should all band together and fight against Russia.

“I know that many of you do not understand the root of this war, you think it’s just two white peoples who attack each other,”

“white Russians who attack white Ukrainians, why should we support this slaughter?” Nikitin asked his fellow intolerant viewers.

“The thing is that Russia became a police state. The worst case of Gulag,” The Russian says. “And President Putin’s arch-enemy, arch-rival is Nationalism.”

“So if you consider yourself a “White nationalist”, the fight in Ukraine is your sole chance,”

“There is no other country in this world where you can pick up arms and fight for your values and your ideas with like-minded comrades.”

Nikitin’s statements may be surprising, but part of the Ukrainian armed forces are closely associated with “nationalism” by many, including President Putin.

The “Azov Special Operations Detachment” is a right-wing, former paramilitary group that is now a unit of the National Guard of Ukraine.

The paramilitary group has been sharply criticized for its ties to white nationalism. In 2018, the U.S. Congress passed legislation banning the supply of U.S. weapons to the controversial militia in Ukraine.

“White supremacy and neo-Nazism are unacceptable and have no place in our world,” said Representative Ro Khanna during the hearing. “I am very pleased that the recently passed omnibus prevents the U.S. from providing arms and training assistance to the neo-Nazi Azov Battalion fighting in Ukraine.”