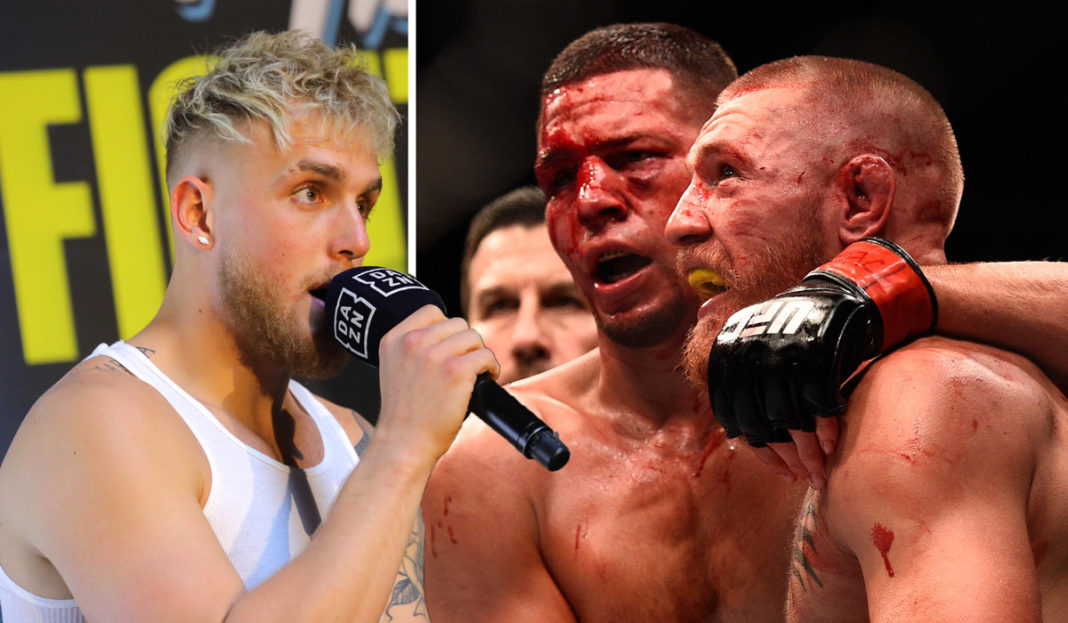 Jake Paul all but redeemed himself having knocked out Tyron Woodley during their December 18th rematch. This showcase was a sore for the eyes of many MMA fans. While Logan Paul’s run is far less impressive – he still sold over a million of PPVs for his exhibition against Floyd Mayweather.

None of this is sitting right with one of MMA’s biggest personalities – Nate Diaz. Diaz was there on hand December 18th cornering Cris Avila. Considering his history of getting into scuffles at events Pauls went all out hiring two giant security guards for Diaz. 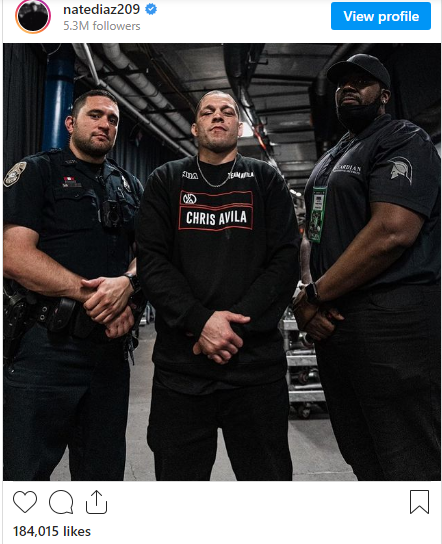 In his post fight speech Jake Paul called out both Masvidal and Diaz – since they were both there. Diaz of course responded to this call out on social media with a rather epic rant aimed toward both of the Pauls.

“The Paul sisters hired this security team to make sure I wouldn’t get to them, like I was actually trying too, but it’s alll good with u guys I don’t take this fight thang with u2 serious. You guys playing boxing with wrestlers who can’t box or lil a*s Floyd and that’s not cool bruh but it’s good. I’m a real fighter from the real fight game so don’t trip so hard when you see me fellas let’s just be friends it’s good.”