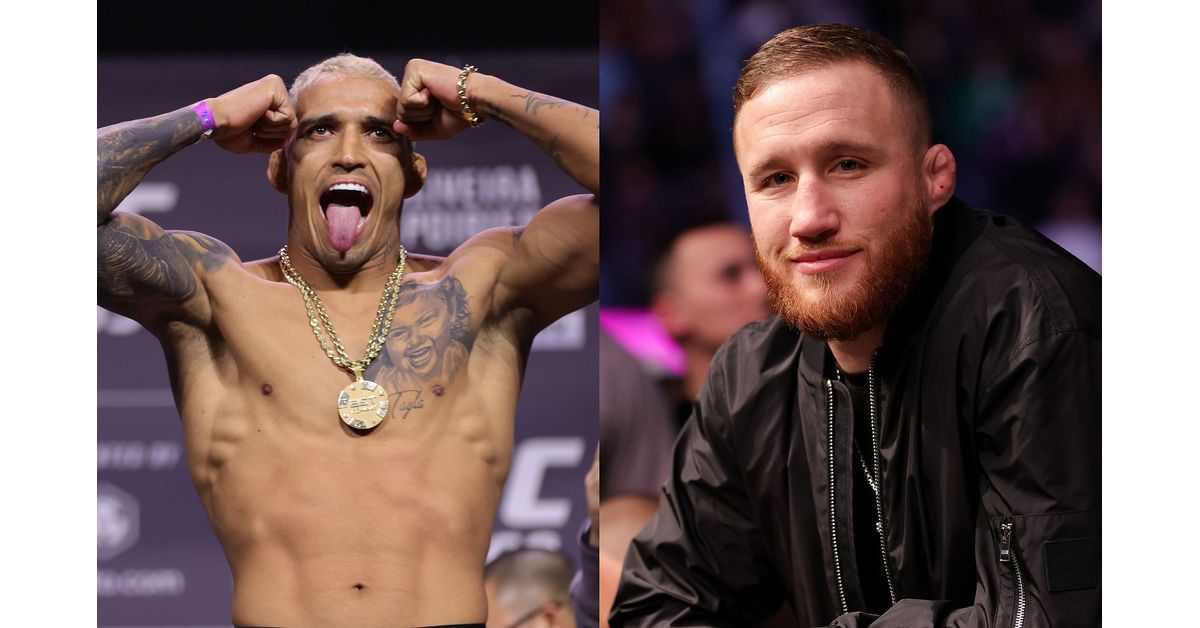 Although UFC has not published any official statements regarding Gaethje vs Oliveira, the hype is building. This fight has the potential to be one of the greatest lightweight title fights of all time considering both have audience friendly fighting styles.

Gaethje was once a skilled wrestler but is nowadays mainly known for his power striking and punishing calf kicks. The champion is very technical in his jiu jitsu in addition to having a solid muay thai base.

Gaethje won the interim lightweight title against Tony Ferguson but later lost to Khabib Nurmagomedov in a title unification bout. The fan-favorite last fought against Michael Chandler is what is considered one of the top fights of 2021. Gaethje outclassed Chandler and delivered a must see fight leaving Chandler disfigured.

Gaethje was there in the attendance for UFC 269 main event and was spotted greeting the champion backstage. During the post-fight show, The Highlight stated:

“I absolutely loved it,” Gaethje said. “I will give no disrespect to Charles. He is now the undisputed champion, and I cannot wait to fight him. I don’t care where or when.”

“I saw a competitor tonight,” Gaethje said. “I saw a dog and I can’t wait to break his face. He gets hit a lot.
“He better pray and hopes for the next however many days until our fight that he takes me down, gets his choke. Because if not, we see what happens.”

“At the end of the day, if my striking isn’t way better than his, then I’m f—ked, per se. That’s where I’m great,” said Gaethje. “I’m great at creating pressure, creating damage, and stopping takedowns. So ultimately, he’s going to be trying to get it to the ground because I’m gonna find so much success in the striking department.”

“He is incredibly dangerous in the striking department. His knees, his elbows. His ability to create pressure, control distance, second to none. But I better be better. Or else I’m gonna be in a f—ng world of trouble.”

Now it is just a matter of time when the fight will be made official considering Dana White has already hinted at potential fight during the post-fight press conference at UFC 269.