The movie ‘Warrior’ is set in the world of mixed martial arts and MMA competition.  It’s possibly the best movie made in this environment to day. The movie starred top tier talent in beloved actor Tom Hardy that played many iconic roles.

Tom Hardy played a former Marine named Tommy, who returns home and trains mixed martial arts for a mixed martial arts contest. His father helps to train him. His motivation to compete in MMA is prize money. One twist the movie introduce is that Hardy’s character is set to fight his brother.

This movie was released but the leading promotion in the World of MMA wasn’t involved. The director of the movie Gavin O’Connor chose not to team up with the biggest MMA promotion for this movie.

Working with the UFC definitely would’ve boost movie’s viewership – especially considering the potential for copromotion. But O’Connor was against it.  O’Connor’s reason for his decision is simple. He wanted to make his own promotion in his movie.

He wanted to make his own arena, ring girls, the lighting, and even how the organization worked. If he worked with the UFC, then everything must be the way the UFC looks like. He explained the reason during an interview with GQ.

“I didn’t consider working with them because I didn’t want to do anything like the UFC. This was intentional, so I don’t have an Octagon, the way the arenas are lit are very different, the entrances are different, the girls, I have girls in gowns with beach balls, my ring card girls. I was trying to get away from the UFC as much as possible,” said Gavin O’Connor.

And when it came to casting – O’Connor also took the untraditional route. He had invited Tom Hardy to come to his house to read for the role. Instead of staying with O’Connor for a day- Hardy ended up staying there for a total of five days.

In those five days, the director and Hardy close and shared personal experiences that have brought them closer together.

To prep for the movie Hardy did a lot of martial arts:
“I did two hours boxing a day, two hours muay thai, two hours ju jitsu followed by two hours choreography and two hours of weightlifting seven days a week for three months. So come on! You have to really want to do that, so it was a challenge.”

Hardy still practices jiu jitsu. He was promoted to blue belt in 2020. 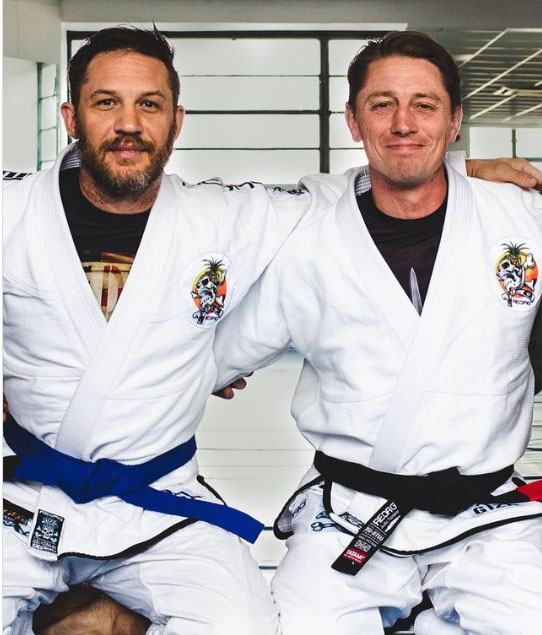 Unlike the Halle Berry MMA movie, the Warrior is actually decently rated and universally well liked. Be sure to check it out if you haven’t.