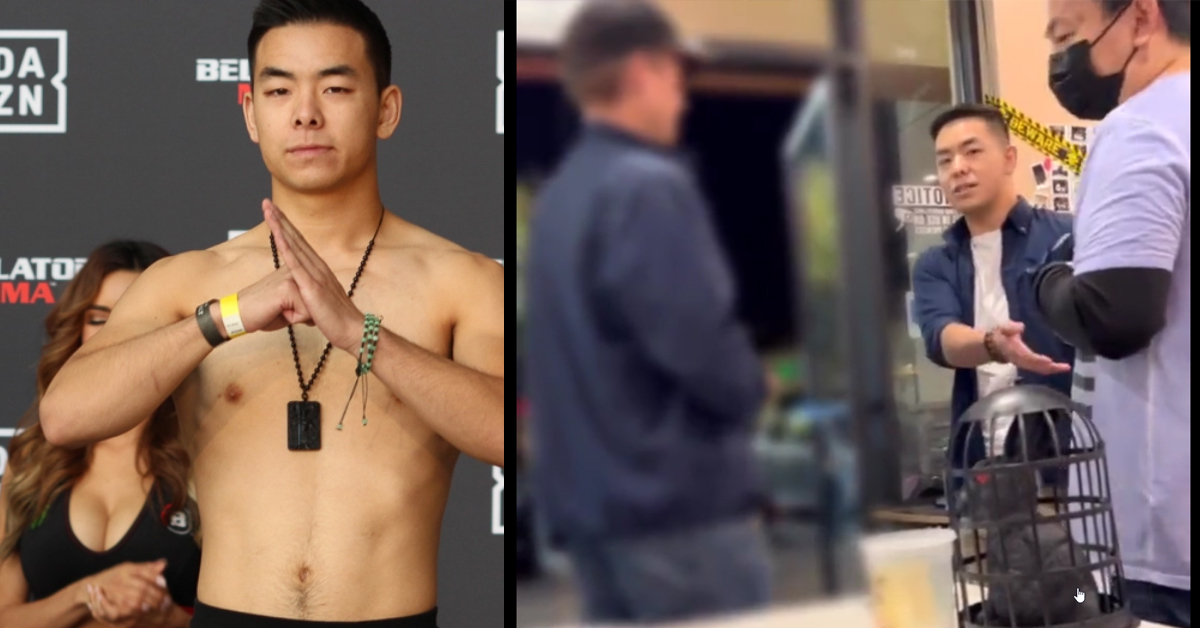 In a recent video uploaded to Twitter, a new professional MMA fighter Khai Wu was seen in a heated argument with an unknown man. The man appeared agitated. From the 2 minute mark in the video, Khai Wu was defending an Asian beverage store owner who was facing an unhinged customer.

Watch #MMA prospect Khai Wu diffuse a situation with an unhinged customer. He handled himself like a civilized individual even though the dude was out of pocket. This should be in the news. #StopAsianHate

The unknown customer was asking for sushi, but the store didn’t sell it. He kept on insisting to buy sushi even though the owner repeatedly told him they don’t have it. The customer said, “I told you I want sushi and you told me that you don’t know what I want? That’s bulls**t.”

Khai Wu then jumped in to break up the heated argument. He calmly explained that the store doesn’t sell sushi. But the customer still being petulent and insisting they sell sushi. “They do”, said the guy who appeared to be drunk, from his demeanor.

Near the end of the video, Khai Wu gave up explaining to the guy and asked him to step outside. “Step outside, we can talk”, said Khai Wu who was also walking outside. Wu defused the conflict in a perfect example of how martial arts can help us be better to ourselves, other people and the community.

Khai Wu  nicknamed “The Shadow” is a bantamweight MMA fighter who he started his professional MMA career in 2018. He won via knockout in the first minute of round one in his debut. He also fought in Bellator MMA in 2018. His latest bout was in July this year against Alejandro Rodriguez as the main event in Colorado Combat Club 7.