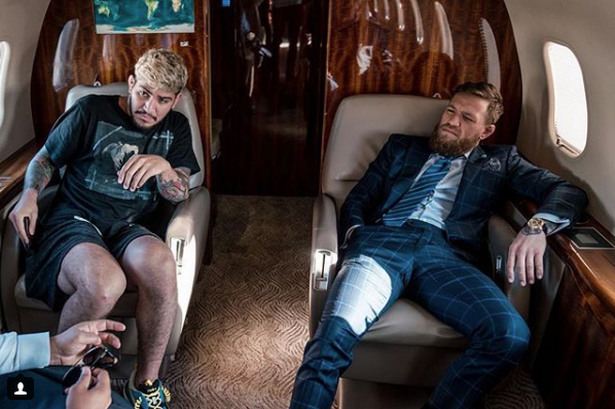 Dillon Danis has never been much of a favorite. The bjj ace turned Bellator fighter is really struggling with his new found infamy because the pile on seems never-ending following his latest flub.

The Conor McGregor training partner was arrested in Seaside, New Jersey and charged with disorderly conduct. To make matters worse – a video of the arrest leaked showcasing how a security guard puts the bjj black belt Danis in a rear naked choke and assists police with his arrest. So let’s get to it – here’s how the MMA fighters and mega fans reacted:

I asked Robbie Lawler what his thoughts were on the Dillon Danis nightclub video #UFC266 pic.twitter.com/u3uPurwNNs

He tried to tap in a street fight ?? https://t.co/cLadTaSYzO

Scott Coker calling 911 to offer the cop that choked out Dillon Danis an exclusive contract: pic.twitter.com/fpSlWD6SiW

You know what, Dillon Danis is to MMA, what Charlie Zelenoff is to boxing ? https://t.co/2DtA3lf1Pa

Does anyone know how to contact the bouncer that choked out Dannis in seaside? Neeed to have him on @CallMeAlShow tomorrow night. ?? Twitter

Yes everyone, it was me. https://t.co/BT9UJy7TlM