Mike Perry has always been somewhat of a loose cannon. Even though Perry is a tad less flamboyant as of right now he’s still the stereotypical ‘Florida man’ meme.

Back in late September, Perry flew to Russia to corner one of his friends and got into a physical altercation during the face offs.

There things got heated and Perry escalated the situation into a full on brawl.

Ismailov is a 36 year old Russian MMA pro with an MMA record consisting of 17 wins and 3 losses.

“I almost got jumped in there but luckily people broke it up,” Perry told his Instagram followers. “In Russia, if you call someone a ‘mother f**ker,’ they think you talking about someone’s mom, so then the whole team comin’ to get you. But in America when you say ‘mother f**ker,’ it’s like normal words, mother fu**ker. It’s normal, man, I’m not talking about your mama. Chill bro, one on one.”

Fortunately the scuffle was broken up before things got too far out of control.

And now it’s set to get a conclusion with Perry agreeing to a heavyweight match up with Ismailov. 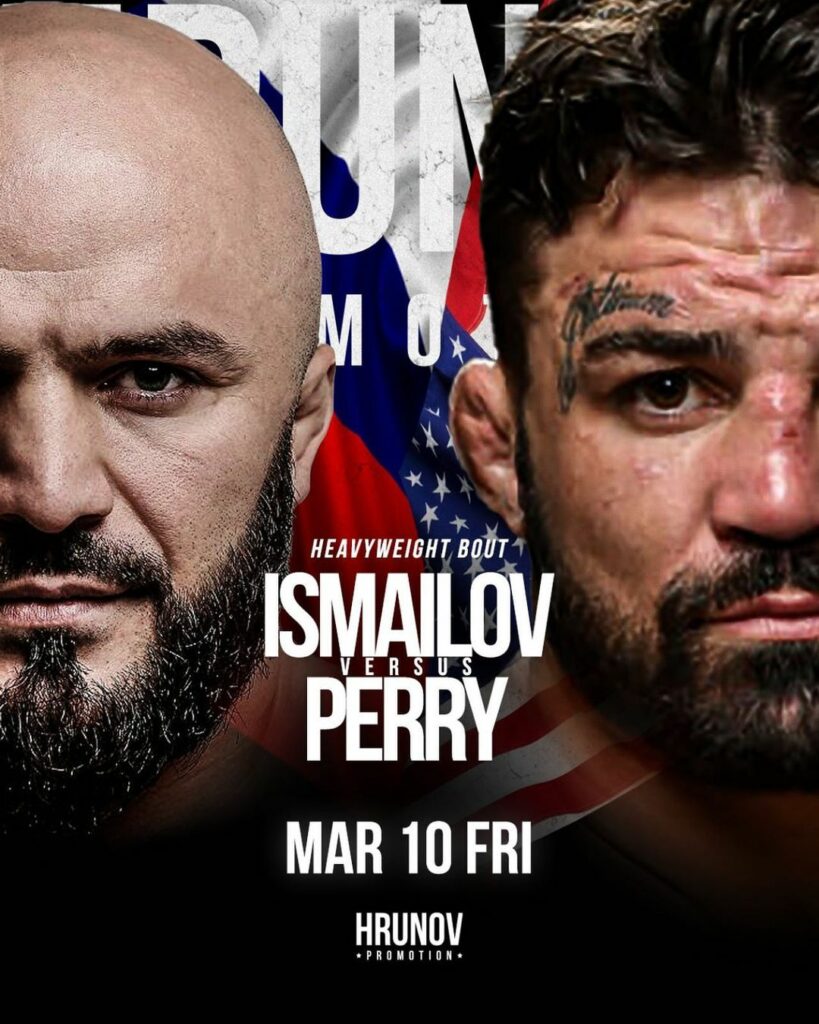 The event is booked for Marc 10th 2023 under the Hrunov promotion banner. Perry has had success in bare knuckle boxing ever since he got released by UFC. It’s unclear if this will be treated as a professional bout or an exhibition.