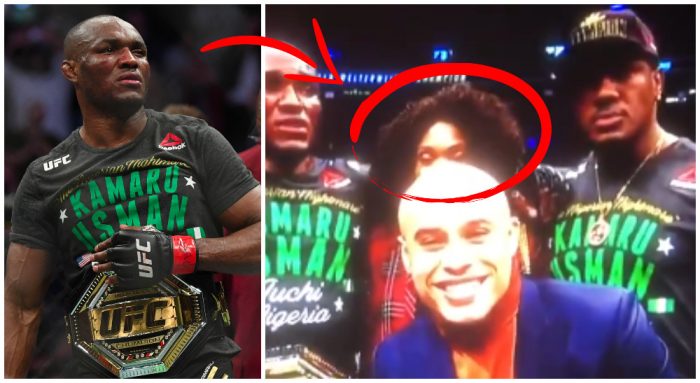 The infamous manager and founder of Dominance MMA Management, Ali Abdelaziz is being suspected of controlling his fighter’s social media accounts. And even instigating fights between them.

People assume this because his clients who are usually calm and well adjusted suddenly became toxic on social media, such as Khabib Nurmagomedoc and Justin Gaethje.

Is your manager tweeting dog shit stuff from your account making you look bad?

The undefeated UFC lightweight champion Khabib Nurmagomedov started a rant with his nemesis, Tony Ferguson, on his Twitter account some time ago.

For the last three years Tony Ferguson you never won a single round in the @ufc some of the rounds you lost 10:8. Since 2015 you won only one fighter from top 15.
Tony, it’s a clear picture here, I’m not gonna go low and personal, not gonna insult you. It’s just a facts.

Khabib also trash talk Justin Gaethje because Gaethje stated that he deserves a title shot. Khabib said Islam Makhachev is the most fitted to challenge the lightweight champion.

The welterweight champion also posted a picture of Abdelaziz’s face edited to a man holding a bunch of smartphones.

“y’all both my brothers so do like I did and get your passwords back lol,” Kamaru Usman wrote.

Only God can judge me. Let’s make this money. Soon I’m opening a cell phone shop. Sorry McGregor but it’s not over yet https://t.co/8OEjZbDY6W

??? @TeamKhabib & @Justin_Gaethje y’all both my brothers so do like I did and get your passwords back lol ? ?? pic.twitter.com/19KxpR9IIH

Responding to this tweet, Ali Abdelaziz hilariously replied and said that he will open a cell phone shop.

“Only God can judge me. Let’s make this money. Soon I’m opening a cell phone shop. Sorry McGregor but it’s not over yet,” wrote Ali Abdelaziz on Twitter.

Even though he is not a fighter, Ali Abdelaziz often gets the spotlight in the MMA industry for various sketchy feats he accomplishes. For instance, back when Conor McGregor was about to fight Khabib Nurmagomedov, Ali trash talked McGregor during the stare-down. In addition to this Abdelaziz is possibly an identity assumed after he provided info that allowed for FBI to secure some terrorist charges against his former friends.

Recently, at UFC 268, he slapped the troublesome Bellator MMA fighter, Dillon Danis, and made the fighter kicked out of the event. It is said that the cause of this is because Danis starts a verbal altercation with Ali.

Ali Abdelaziz slapped Dillon Danis backstage tonight at #UFC268 according to multiple people who witnessed the incident. Danis was then apparently removed from the building.

Reached out to @AliAbdelaziz00, but he declined to comment.