Back in January we reported on Francis Ngannou securing a major sponsor – and skirting UFC sponsorship rules.

Francis Ngannou managed to score a big personal sponsor. According to a report from Ariel Helwani Ngannou will be wearing a timepiece from Jacob & Co. during weigh ins. The watch in question is Epix X Chrono and it retails for $50k.

This kind of thing is very significant –  in the uniform era it’s virtually impossible to cut your own deal while doing official UFC stuff. So it’s quite significant, especially considering Ngannou’s contract situation.

But apparently despite sponsoring both P2P and UFC Welterweight champion Kamaru Usman and Francis Ngannou – the heavyweight champion of the UFC, they can’t tell them apart. 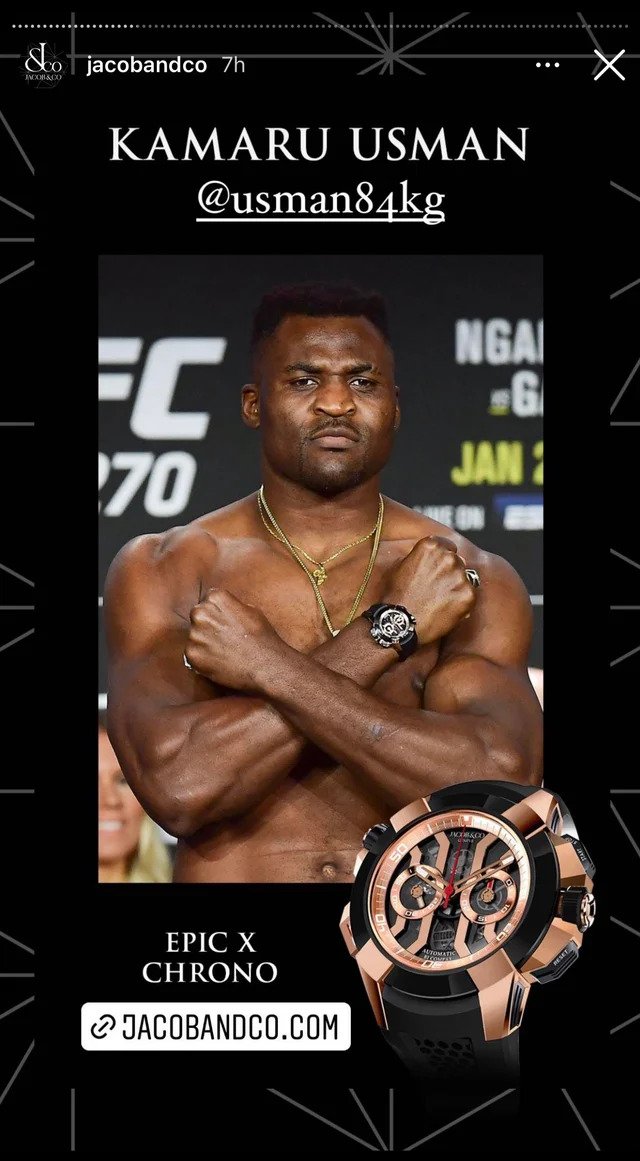