UFC middleweight Paulo Costa has given a green light for a bout against another ranked middleweight – Sean Strickland. The two have been rumored to be in negotiations for a while now.

Costa and Strickland are currently a part of an unusual ranking anomaly, currently there are three fighters that are ranked at No.4: Strickland, Costa, and Derek Brunson.

Strickland has expressed his interest in Costa clash for a couple of months now. Costa has been benched by UFC following his complete mockery of the weight cutting process and coming in at 205lbs to face Marvin Vettori. Following the controversy White said Costa would be forced to move to light heavyweight but nothing came of it.

In a tweet posted in November 2021, Strickland has addressed his interest in facing Costa next.

Fellow UFC middleweight contender Darren Till seemingly also wants Strickland, but ‘Tarzan’ seems to have his mind set on someone ranked higher at that moment.

He also poked fun at Costa mentioning “wine and cookies”. This referred to Costa’s infamous excuse for losing to Israel Adesanya at UFC 253 in addition to his ‘weight cut’ against Vettori.

Costa returned fire, calling Strickland a “rat” and adding “We’ll see if he really is a bully.”

Costa was rumored to be in talks to combat former UFC middleweight champion, Luke Rockhold, in June, as hinted by Rockhold in multiple appearances. 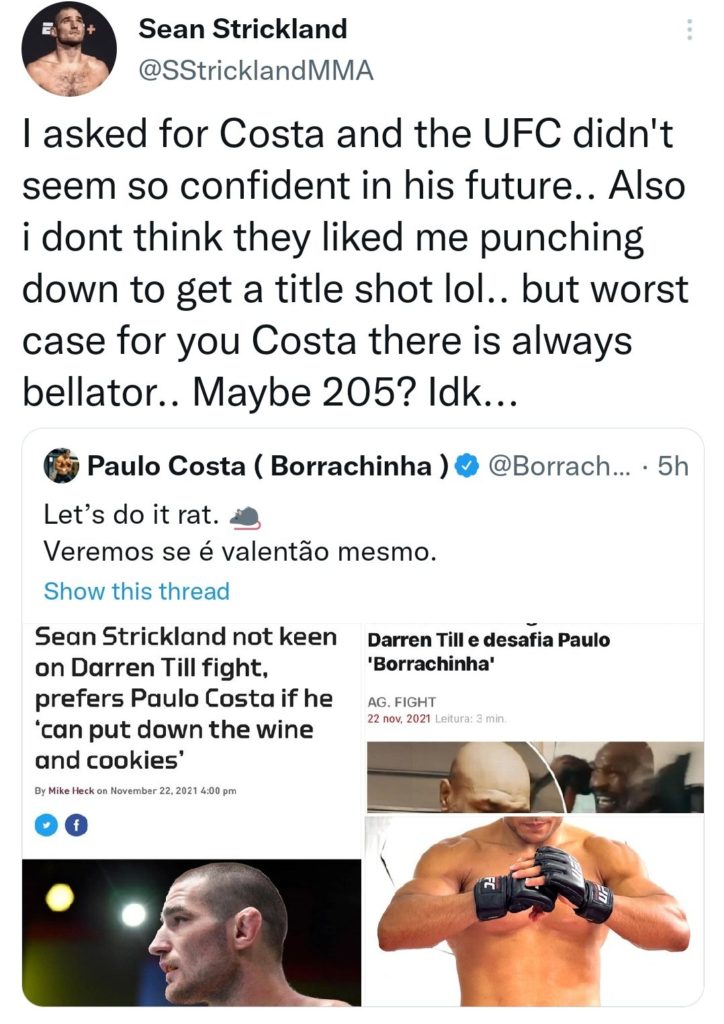 “heres the thing man. The UFC said no. I asked multiple times….. But after your forced to move to light heavyweight I’ll catch you in Vegas and if you wanna run your mouth I’ll give it to you for free…” 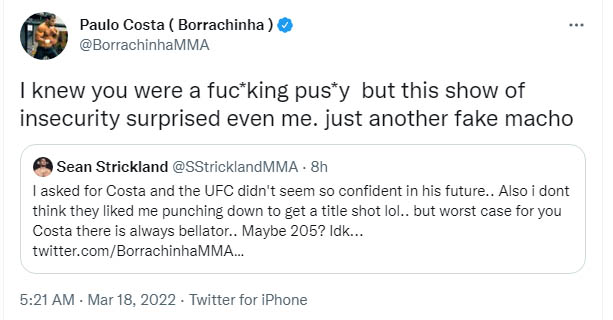