It makes sense that KSI wouldn’t want a racially insensitive person to profit financially from his event.

Nikolov was the target of criticism in the past due to the controversial ‘White power’ tattoo on his stomach which he’s reportedly covered since.

Despite being a professional boxer, Nikolov’s record of three victories, 16 defeats, and three ties is quite unimpressive. He is 43 years old and is 5 feet, 8.5 inches tall, whereas KSI is the taller less experienced albeit much younger opponent. 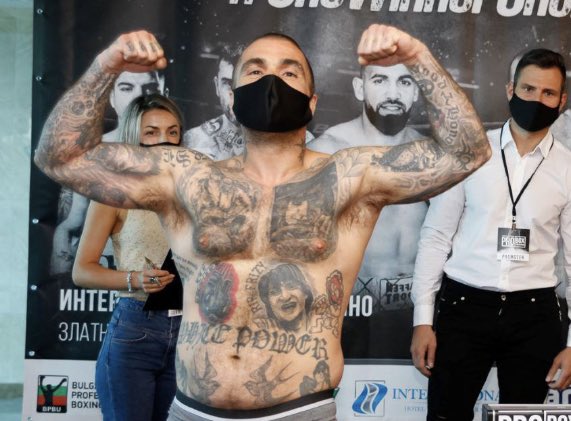 KSI had not boxed in an event for more than 1000 days. KSI  previously faced fellow YouTuber Logan Paul last time when he defeated Paul by a split decision.

“He hasn’t lost as many times as Ivan [Nikolov], He’s Mexican and he’s younger as well.”

“I know a lot of people were having a go at me because the other guy was in his forties.”

Even though Nikolov had tried to cover up the tattoo it was too little too late.

KSI was previously criticized for replacing an opponent similar in skill level with one that was a complete newbie in Swarmz – which prompted him to tap a pro boxing replacement.