No matter how far up the rankings he climbs, Khamzat Chimaev’s story is the same. Nobody wants to take on the Chechen wolf.

Chimaev is currently No. 3 at welterweight and has a 12-0 MMA (6-0 UFC) record. However, it is unclear whether he will remain at 170 weight division or go up to the 185 weight division.

He’s been spotted looking even bigger than usual recently. 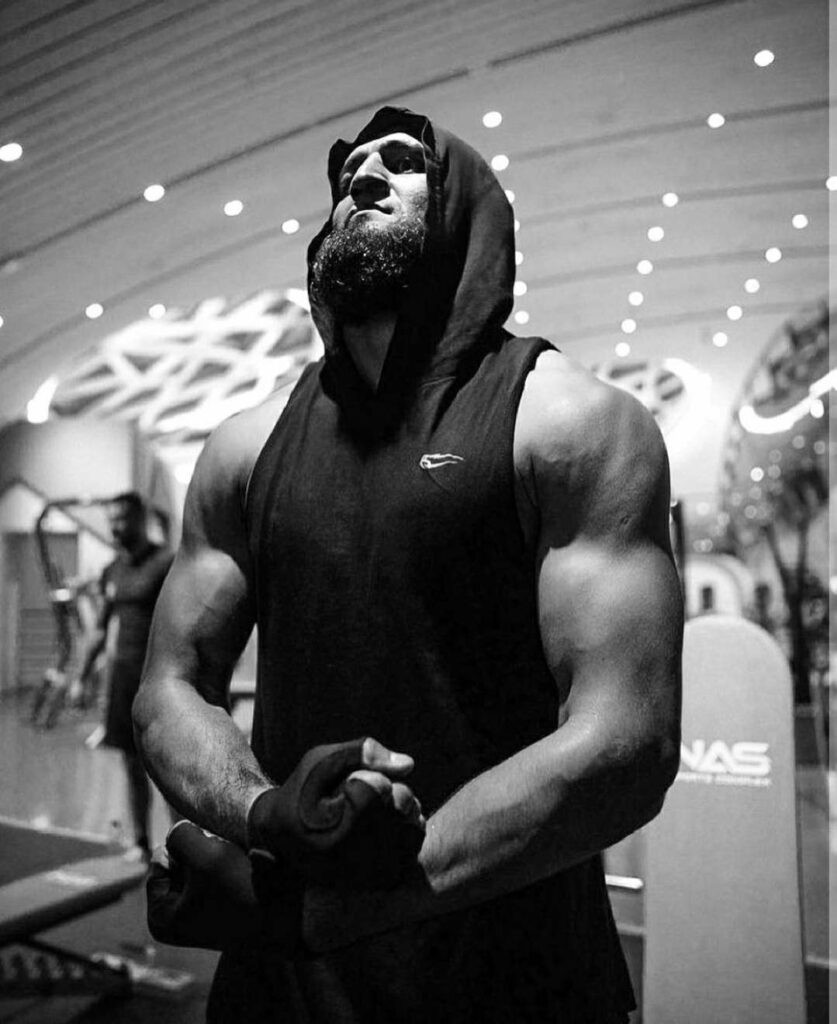 In a video blog from Dubai, Chimaev said:

Chimaev has also made it plain that he would like a MIddleweight title match with Alex Pereira.

“Alex Pereira, he has 6-1 record, he’s lost. I’ve never lost in my life. And he lost to a s— guy, the guy isn’t in the UFC as well. UFC doesn’t want it, the guy don’t want it. What am I gonna do? I just wanna fight, give me somebody. If the guys run away from me, just give me somebody.”

“Training camp, brother! Gonna fight somebody. I don’t know who.They change your opponents all day, all the time. So every week, I has new opponent. But nobody want to fight. The guys speak a lot of trash talk, a lot of about me. ‘I want to fight you! I want to fight you!’ But when it comes to the fight and sign the contract, they want to run away.”

The UFC hasn’t hidden the fact that they want to match up Colby Covington and Khamzat Chimaev. However, Covington and his camp haven’t spoken much about the match. With two weight classes available, ideally there will be enough choices for Chimaev to find someone who will step up against him.