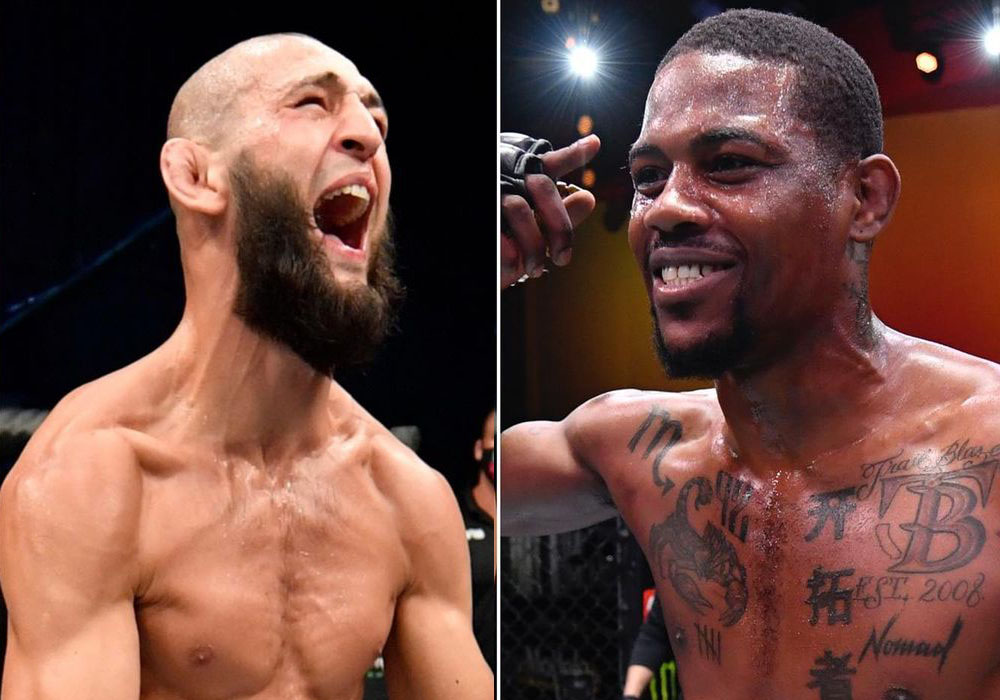 Khamzat Chimaev is not one to forgive and forget. The UFC’s Welterweight rising star recently confronted Kevin Holland – and things got very tense. The Russian-born Swedish star is alleged to have grabbed Holland’s neck and confronted him about some internet comments Holland had made prior.

During an interview with Zuba TV, Chimaev confirmed that an altercation with Holland took place at the UFC Apex.

“Holland. He commented something under my instagram post about me. He wrote ‘that’s all good but where’s your mask? You can infect him.’ Khamzat Chimaev explained.

“I came up to him and asked, ‘What did you mean by that post?’ He answered, ‘I don’t really remember. But what about it?’ So I grabbed him by his neck and threw him away. Then, when people jumped in and were holding me, he started blah blah blah. Just talking without doing something.”

Chimaev returns to action against Li Jingliang on October 30th after a long covid induced break. Meanwhile Kevin Holland is returning to action mid November against Kyle Daukaus after their last fight ended in a no contest after an accidental headbutt KO.