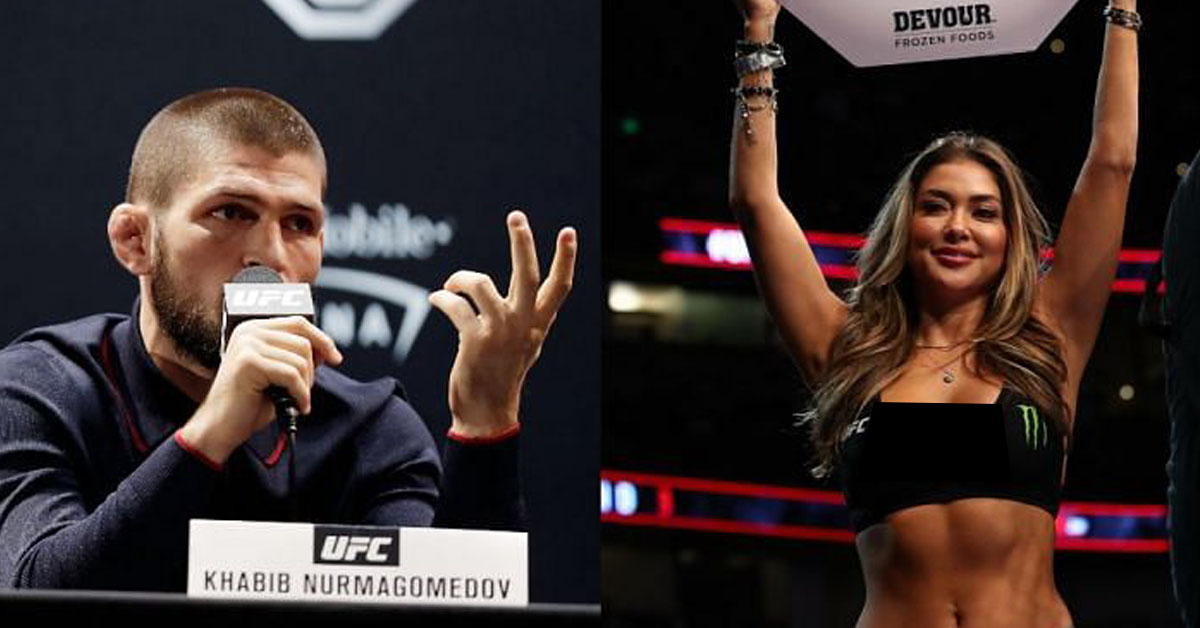 Earlier this year Khabib Nurmagomedov made quite a bit of controversy when he slammed the utility of ring girls in the sport of mixed martial arts. Bless his heart, Khabib actually thought they had utility:

“I don’t want to offend anyone, ring girls are the most useless people in martial arts,” said Khabib.

“There are people who understand martial arts and they are walking. This is my personal opinion Do they develop the sport? Or they help people to see it is the second round now?

“I come to fight night, sit with my father. These people are passing by and showing people that it is the second round. But no one looks at the plate [sign].

“I feel uncomfortable with my father. I am not against it. If you want you can do it, but don’t impose it on me, do it aside. There are the designated places for it.”

This of course prompted a response from famed UFC ring girls Arianny Celeste and Brittney Palmer.  And one Conor McGregor piggy backed on. 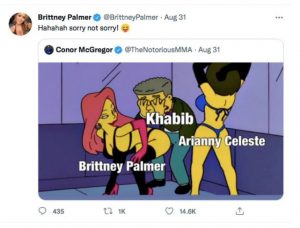 But in spite of the media backlash Khabib isn’t letting up. He addressed the utility once again in a talk he did at a martial arts expo:

“For example, a couple of months ago someone spoke about my own promotion, Eagle Fighting Championship (EFC), and asked why there are no ring girls there.

“I said it is because, in my opinion, there is no reason [for them].

“Some people don’t agree with this, but who cares? I don’t care because I have my opinion.”

“Beautiful women, it’s a decoration of any event,” she said. “And I want people to know that, and no one has the right to say they are useless, because they are on the place where they have to be.

“They were here at the beginning. You will come at any event and you will see beautiful women, everyone enjoys it. It’s beautiful, right? This is a decoration of any event.”