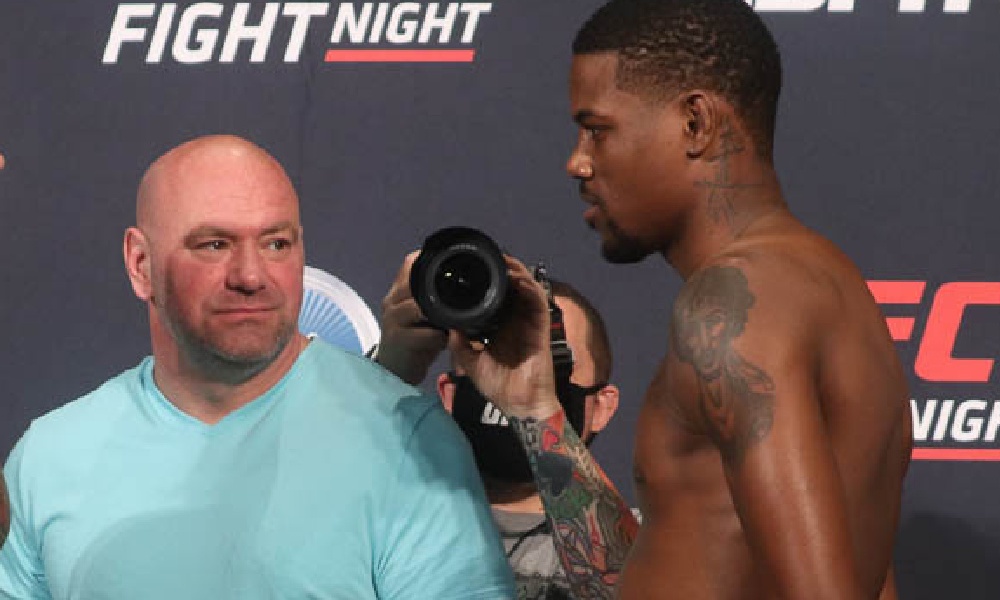 Kevin Holland is on a two fight losing skid – and he knows it. His 5 fight winning spree was broken once Brunson figured out that the one sure way to obliterate his unorthodox style is to consistently take Holland down and keep him down. Soon after Vettori followed the recipe and delivered a convincing decision victory in a similar fashion.

But to counter his losses Holland opted to stick up for UFC Fighter Pay and say:

“A lot of people get in this position that they’re in right now, like fighting on TV, being in the biggest promotion in the world. And they think, like, ‘OK, I’m good.’ Like, ‘I should be set,’” Holland said during a media scrum this week.

“The benchwarmers don’t make that much money. WNBA makes s–t money. And at the end of the day, you guys are fighting twice a year, once a year, and you’re mad ‘cause you only made, like $30K/$40K that year.

What Holland doesn’t seem to realize is that  that s–t money is actually 50% of revenue of the WNBA – so if they were to try and captivate more of a media momentum their paychecks would reflect that.

According to mmasalaries.com Holland’s career earning is in the 750k to a million range with his record payday being against Jacare. Of course with the Nevada State Athletic Comission not disclosing payouts any more it’s hard to confirm exactly. But naturally Dana White confirmed his ally is doing great financially:

The UFC president believes fighters who compete more have far more openings than those who scrap less frequently, citing Kevin Holland as a perfect example. pic.twitter.com/lamz7hR7Wk

“So I call Hunter (Campbell), and I said ‘Hey, pull the numbers on him.’ I said, ‘Hooly shiyet! That’s how much f—g money… No wonder why this kid’s buying muscle cars and all this stuff.’

“The bottom line is the more you fight, the more people see you, the more famous you become. And obviously, if you keep winning, you work your way up. And you make a s–tload of money. Why would you not?”

While Dana might’ve been watching something or other a look at Holland’s official social media tells a different story. Holland seems to mostly only post memes to his 390k followers with some social media ads interspersed. We were able to verify a single car posting and a single sneakers posting.

The car in the background of many of Holland’s promotional post is sandy yellow muscle car:

No days off over here!
Im cashing 2 checks next fight and I’m cashing 2 bets this weekend. #ufc tonight I got Barbosa and then tmrw night for #jakepaul vs #tyronwoodley I’m going with T wood. @MyBookieMMA special 100% bonus w code HOLLAND- https://t.co/V51qUrTAbf pic.twitter.com/7cqS50EamJ

In addition to this Holland seemed to own several distinct pairs of Nikes including Air Jordan 1 ‘J. Balvin. These sneakers can be fetched for about 500$ off of ebay. No word on the other pair but it most definitely won’t break the bank.