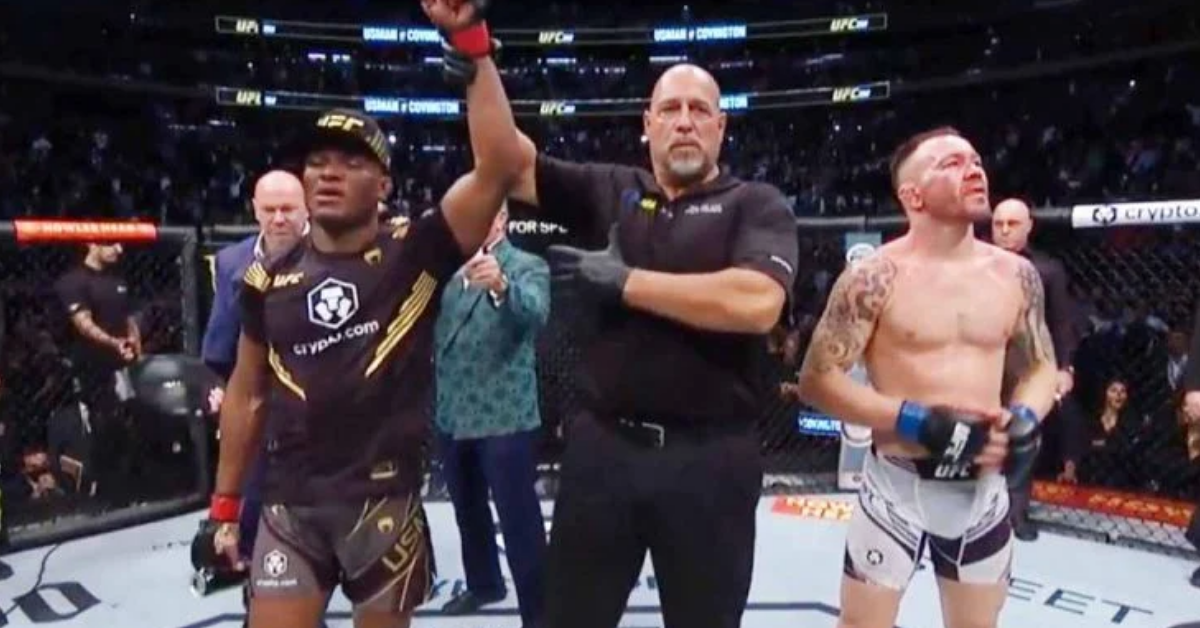 The number one P2P UFC fighter Kamaru Usman successfully defended the welterweight title for the fifth time against Colby Covington at UFC 268. The Nigerian Nightmare recently revealed on a podcast that he had a severe injury prior to his fight with Colby.

During a talk with The Nelk Boys, The number one pound-for-pound fighter said he broke his right hand 3 weeks before he entered the octagon to fight Colby. Because of that, he said that he didn’t throw his right hand right until warming up before the title fight.

“I broke it before the fight. Most people didn’t know that” Told Usman to The Nelk Boys.

The 34-year-old fighter said he broke his hand while sparring with his training partner, the lightweight fighter Justin Gaethje. The accident happened when Usman threw his right hand on Gaethje’s head.

Talking about Justin Gaethje, Usman admitted that on some occasions, Gaethje beat him when they spar together.

“He gets the better of me sometimes” Usman answered.

It’s kind of hilarious that the severe injury he got is from training as Usman almost always dominating every fight in the octagon. In all of his 14 fights in the UFC, Usman has 100% takedown defense which means he never gets taken down a single time.

Kamaru Usman fought Colby Covington for the second time for a full 5 rounds and won the match via unanimous decision at UFC 268. In his first fight with Colby in December 2019, Usman knocked out Colby on the minute of the fifth round resulting in Colby’s jaw being broken.